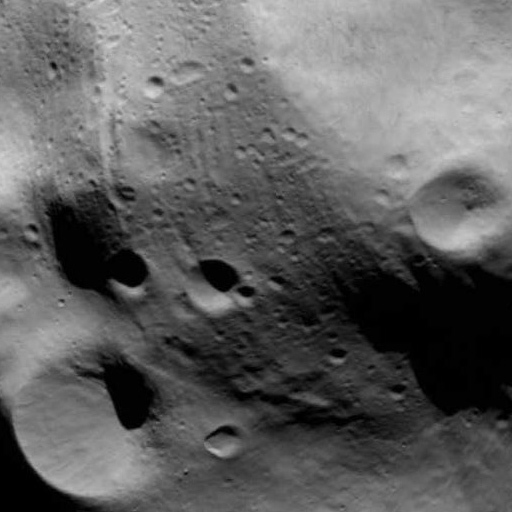 A good guess for this image would have been Mars' moon Phobos, which is well known for its system of grooves. But it's actually asteroid 21 Lutetia, seen by Rosetta in a flyby earlier this year. I had planned to be at the American Geophysical Union meeting in San Francisco today, and had hoped to attend a few talks about the Rosetta flyby of Lutetia this afternoon. But sick kids prevented me from attending. I hope to see someone Tweeting those sessions at the meeting!