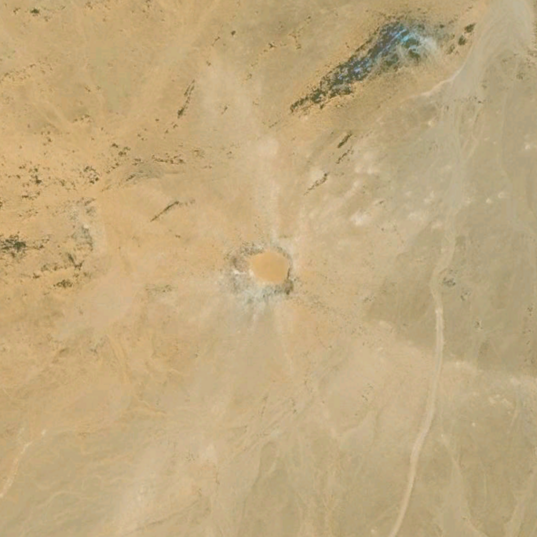 This photo has a resolution of 61 centimeters per pixel and covers an area about 420 meters square.

This is Kamil crater in Egypt, which is notable for a couple of reasons: it was first noticed in Google Earth images (though "precovered" in satellite images dating back to 1972), and it has rays, which makes it very unusual among Earth craters. There are rayed craters elsewhere in the solar system, of course, but they're not at all common on Earth. Rays are the hallmark of a relatively fresh impact crater; older craters don't have them, as space weathering and other small-scale erosional processes wipe them away. On other worlds, "relatively fresh" can still mean "millions of years old." On Earth, though, with its active geology, rays don't last nearly that long; this crater is estimated to be fewer than 10,000 years old.

I wanted to write more about this crater when the press releases appeared about it but just never had time. So here's a link to the original Science article and the Wikipedia entry on it!