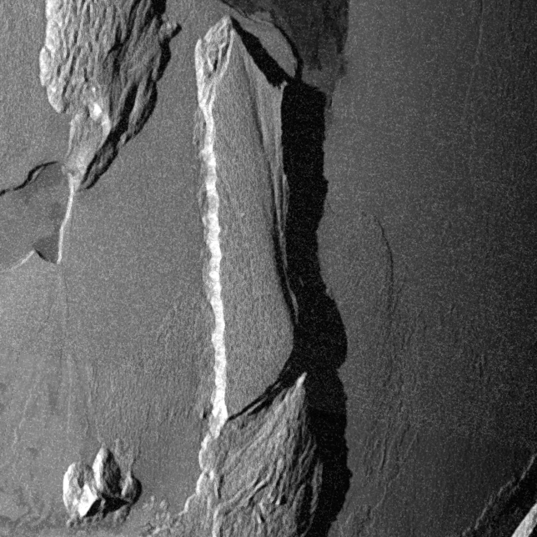 Jupiter's moon Io is well known for its active volcanoes; less well known are its mountain peaks poking up here and there. The tidal forces that flex Io's surface to create its active volcanism also conspire to push and pull the solid part of its crust, breaking it up, opening rift basins in some places, pushing mountains together elsewhere, and sometimes causing pieces of crust to tip and founder and then get flooded by lava so only broken bits of the former crust poke up above new lava plains.

There is only one place I ever look for images of Io, and that's Jason Perry's website. He explained the origin of Hi'iaka in one of his many "volcano of the week" posts; this particular image was taken during Galileo's "I25" flyby in November 1999. Hi'iaka Patera and Montes share their name with one of the moons of the football-shaped Haumea (American football, that is, or rugby ball if you prefer).