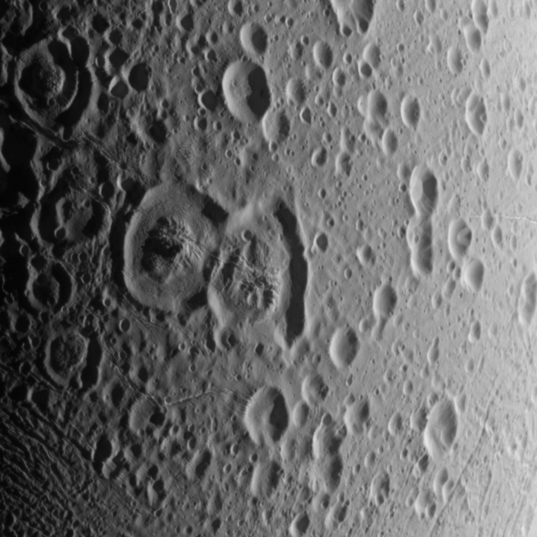 It has a resolution of about 200 meters per pixel and covers an area about 130 kilometers square.

For Christmas day, another image from the mission that keeps on giving -- Cassini -- from the moon that keeps on giving -- Enceladus. This view shows the "other end" of Enceladus, the one that's not spewing out plumes, the end that's seen little enough geologic activity to have a fair number of craters covering it. But the craters have these domed-up floors and hashed rims that indicate there's interesting things going on underfoot! This was also the side of Enceladus that the Voyager mission best revealed, including this funky pair of conjoined craters named for Ali Baba and Aladdin. Cassini snapped this photo down onto Enceladus' northern polar cratered terrain on March 12, 2008 from a distance of 32,000 kilometers.