The Downlink: A New Look at Asteroid Hygiea, Setback for InSight 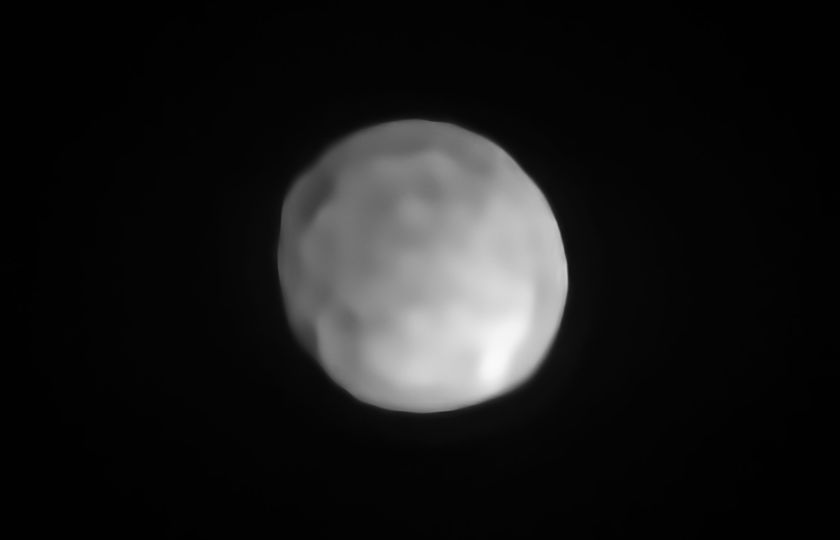 This image of Hygiea was captured by the SPHERE instrument on the Very Large Telescope in northern Chile.

Welcome to issue 5 of The Downlink, a planetary exploration news roundup from The Planetary Society! Here's everything that crossed our radar this week.

Astronomers using the Very Large Telescope in northern Chile captured a new image of asteroid Hygiea. The images revealed that the fourth-largest main-belt asteroid is round and has a diameter of roughly 430 kilometers. Hygiea’s roundness means it could be reclassified as a dwarf planet. If it becomes one, it would be the smallest; Ceres currently holds that title with a diameter of about 950 kilometers.

NASA’s InSight mission suffered a major setback during efforts to get the lander’s heat probe buried beneath the Martian surface. The self-hammering probe has been stuck since March, but pressure applied by InSight’s robotic arm had been helping it dig in recent days. Without warning, the probe suddenly backed itself out of the hole. Scientists are evaluating what happened before deciding how to proceed. Learn more about InSight here.

NASA plans to launch a water-mapping rover to the Moon’s south pole in 2022. VIPER, the Volatiles Investigating Polar Exploration Rover, will analyze ice in the Moon’s permanently shadowed craters using a 1-meter-long drill built by Honeybee Robotics. The Planetary Society has helped fund tests of several Honeybee technologies over the years, including Planetary Deep Drill and PlanetVac, a sample-collection device that will launch to the Moon as early as 2021.

Engineers in Germany have started building JUICE, the JUpiter ICy moons Explorer. JUICE will launch in the mid-2020s on a tour of Jupiter’s icy moons Europa, Callisto, and Ganymede. The spacecraft will eventually enter orbit around Ganymede and study the moon for 9 months.

Preparations for the December launch of ESA’s CHaracterising ExOPlanet Satellite, CHEOPS, are continuing in Kourou, French Guiana. ESA released pictures of the unpacked CHEOPS spacecraft after it shipped from Spain. The spacecraft will observe known exoplanets as they pass in front of their host stars, which will help scientists determine the exoplanets’ sizes and densities.

Is there a way to get an email notice when these Downlink summaries are published?

It is Hygiea, not Hygeia.

The Downlink is great as a Planetary T.V. version. Most may watch it as a public educational show and see project in animation, which yet to be structure. Planetary Society should get involve with organization dealing with planet defense. This would be NASA and should be US Military, as it is their responsibility in all matters of protecting the USA. Need to make it happen as a joint effort on a global countries network.

Hi Chris, we're working on that. Look for a revamped newsletter that includes portions of the Downlink in December or early next year! Peter, thanks for the spelling catch. Jason Davis