The Downlink: NASA Works to Save Mars Experiment, Saturn Gets 20 New Moons 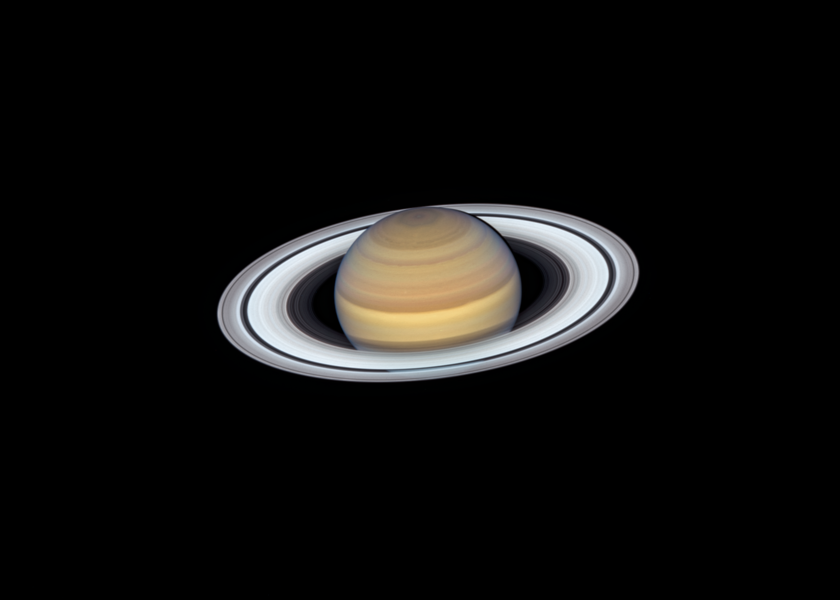 NASA's Hubble Space Telescope captured this view of Saturn on 20 June 2019 as the planet made its closest approach to Earth at about 1.35 billion kilometers away.

Welcome to the second issue of The Downlink, a new planetary exploration news roundup from The Planetary Society! Here's everything that crossed our radar this week.

Scientists announced the discovery of 20 new moons around Saturn. The wide-ringed gas giant now officially has 82, surpassing Jupiter's 79 to become the solar system's current leader. It's not a contest, though—both likely have more to be found, and Jupiter probably has more in total. Want to help name Saturn's new moons? Click here for details.

In other Saturn news, the Hubble Space Telescope has been in space for an entire Saturn year—10,759 Earth days, or roughly 30 Earth years. See how Hubble's view of Saturn has changed during that time, and see more pictures of Saturn in our image library.

NASA's latest efforts to save the heat flow experiment on the InSight mission appear promising. A small, self-hammering “mole” was supposed to bury itself in the Martian soil to record changes in temperature, but it's been stuck near the surface since March. Engineers are now using InSight's scoop to apply pressure on the mole while it digs. Learn more about InSight here.

Engineers at NASA's Jet Propulsion Laboratory successfully tested the cable-assisted separation of the Mars 2020 rover's descent stage. The separation occurs just before the rover touches down, and after touchdown the rocket-powered descent stage cuts the cables and flies away safely. The rover will now undergo environmental testing, and won't be connected with the descent stage again until both arrive at Kennedy Space Center before their July 2020 launch. Learn more about Mars 2020 here.

NASA's OSIRIS-REx spacecraft has again witnessed small particles spewing out of asteroid Bennu. The spacecraft first saw this phenomenon back in January; scientists aren't sure what causes it. OSIRIS-REx is currently performing detailed reconnaissance of the 4 locations on Bennu where it might collect a sample. Learn more about the OSIRIS-REx mission here.

NASA astronauts aboard the International Space Station completed the first of 5 upcoming spacewalks to install new lithium-ion batteries that store power generated by the station's solar arrays. On 21 October, Christina Koch and Jessica Meir are slated to perform the first all-female spacewalk. Learn more about the International Space Station here.

The Royal Swedish Academy of Sciences awarded one half of the 2019 Nobel Prize in Physics to Michel Mayor and Didier Queloz, who discovered the first exoplanet in 1995. Our latest episode of Planetary Radio reprises a 2016 interview with Mayor.

India's space agency ISRO released pictures of the Moon's south polar region as seen by the Chandrayaan-2 orbiter. The pictures are roughly 300 kilometers away from where the Vikram lander crashed on the surface. As of yet, no public images of the crash site have been released by ISRO. Learn more about Chandrayaan-2 here.

When NASA astronauts return to the Moon as early as 2024 for the agency's Artemis program, they'll first wear spacesuits designed by NASA. After that, they'll switch to commercially designed spacesuits. NASA is accepting initial ideas from industry partners through early November. Learn more about the agency's back-to-the-Moon Artemis program here.

Virgin Orbit is partnering with Poland-based SatRevolution to launch a series of small spacecraft to Mars. The first of the satellites, which would weigh less than 50 kilograms, would launch as soon as 2024. The concept builds on a precedent established by the dual MarCO CubeSats that successfully accompanied the InSight lander.

Great news update when numbering each, including the Downlink so not to be confused with others. The people can and should handle bad news as to what went wrong and is it to be fixed at all? Thanks.

There is an error regarding the Nobel Prize in Physics. It was awarded for one half to Michel Mayor and Didier Queloz for the discovery of Pegasi 51b, and for the second half to James Peebles for works on cosmic background. This is slightly different of what is written.