Snow is one of Earth’s most magical natural occurrences. Beloved by skiers, snowmen and people who don’t have to shovel it, snow is a wholesome perennial treat.

The good news for winter fans is that snow isn’t limited to Earth. It’s scattered throughout the solar system; several worlds have it, or more accurately, a version of it that reflects their unique compositions. While we don’t have many images of snow on other worlds, we have a wealth of evidence from computer modeling and simulations that suggest it’s very much out there and in some cases, pretty extreme. Like, heavy metal in the literal sense.

So while you probably won’t get to snowboard on Venus anytime soon, on the bright side, you won’t have to shovel it either — that could get messy.

Here’s a safer, easier way to see what snow looks like in our solar system:

Is there anything Io doesn’t have? In addition to being dotted with hundreds of volcanoes, the Jovian moon is also a winter wonderland of sulfur dioxide snowflakes. On Earth, sulfur dioxide is a gaseous pollutant that can come from burning fossil fuels.

On Io, though, chaos is kind of the norm. Its snow, volcanoes and general calamity appear to be fascinatingly interconnected.

In 2001, NASA’s Galileo probe sampled an enormous plume stemming from a previously unknown volcano near the moon’s North Pole. The plume, which blasted material about 500 kilometers (311 miles) into space, was the tallest recorded on Io at that time.

This was, most fortuitously, an accident. Galileo’s team wasn’t planning to skirt around this particular plume; in fact, they were hoping to study a completely different volcano called Tvashtar, which regrettably didn’t erupt as the spacecraft flew by. But in this arbitrary geyser, Galileo’s onboard plasma science instrument picked up something unexpected: sulfur dioxide snow particles, coming from vents within the volcano and precipitating down. This “snow” has since been detected many times.

On paper, the idea of a “snowcano” doesn’t make sense, because volcanoes are hot, and snow is cold. While both those things are undeniably true, Io’s atmosphere is paper-thin and chilly. When the moon’s volcano flings gas — notably, sulfur dioxide — into space, it freezes from a liquid into a solid in the plume. That snow will then fall back to Io’s surface, which is a frigid -130 degrees Celsius (-202 degrees Fahrenheit).

Sure, Io’s snow is a bit different from what we have on Earth, but so is the moon’s entire chemical makeup.

“In the case of Io, the gases are dominated by sulfur and oxygen in various combinations, with some chlorine and sodium and a whiff of potassium,” said Laszlo Kestay, a planetary volcanologist at the US Geological Survey's Astrogeology Science Center. “Some of the resulting molecules are colorful, making the yellow, red, orange, white, and brown patterns you see on the surface of Io.”

Fair warning: “If you visited Io, you’d probably want to avoid tasting any of snow, not just the yellow stuff,” Kestay said. 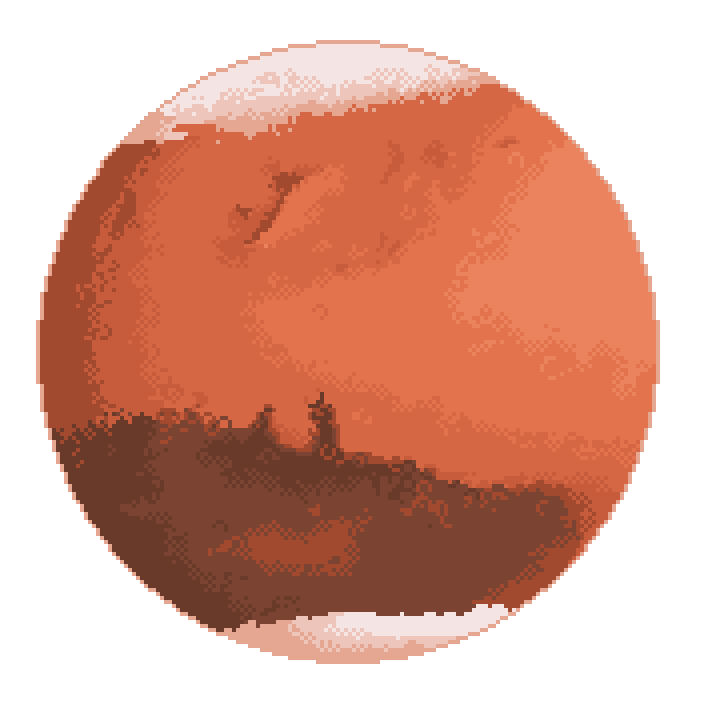 The Red Planet is so much more than a planet covered in red dust. Earth-based telescopes have shown Mars harbors carbon dioxide glaciers and water ice at the planet’s poles. But does it snow there? Kind of, depending on how you define it.

Computer modeling has suggested that when temperatures dip after dark, Mars might experience strong snowstorms or “ice microbursts.” This isn’t a rare or abnormal phenomenon; microbursts on Earth are caused by atmospheric instability and can reach up to roughly 160 kilometers per hour (100 miles per hour).

“On Mars, the thought is that water-ice clouds get warmer during the daytime when they’re in sunlight,” said Tanya Harrison, a planetary scientist with the Outer Space Institute. “Then at night, they cool off and convection can happen that is intense enough to trigger these ‘ice microbursts’ within the atmosphere.”

Here’s where it gets tricky: during these microbursts, ice is unlikely to reach Martian soil due to temperatures near the surface. According to Harrison, the ice would sublimate, meaning it turns from ice to water vapor and skips the liquid phase.

So is Mars’ wintry mix really “snow”? Harrison’s definition may be more accurate: “icy death raining from the clouds.”

Not only does Enceladus have snow — it seems to share it with some of the moons around it. How thoughtful!

It’s no secret that Enceladus has geysers, and that those geysers blast water and other materials into space. By studying Enceladus’ surface thickness and other global features, NASA’s Cassini mission found that ice particles from its plumes fall back to the planet, possibly causing flurries and even powder on the surface. But it doesn’t seem to stop there.

Research based on radar observations from Cassini suggests that these ejected ice particles may extend to some of Enceladus’ neighboring moons Mimas and Tethys. These tiny satellites don’t have atmospheres to shield them, so hypothetically, frozen particles would fall to the moons’ surfaces as snow. This phenomenon has been delightfully dubbed a “snow cannon.”

"It definitely makes sense," said Sarah Hörst, an associate professor in the Department of Earth and Planetary Sciences at Johns Hopkins University. "Enceladus is dumping water (among other things into the Saturn system) and we see evidence of that everywhere. The most obvious example is the E ring."

The mechanics of all this remain a mystery, but scientists have a few clues: for one thing, Cassini observations showed that the surfaces of Mimas and Tethys can be extremely bright. The researchers who first coined the term “snow cannon” posited that the “super-bright radar signals” they were observing from the Saturnian moons were at least, in part, caused by snow.

However, the team also noted that certain structures within the surfaces of Mimas and Tethys were likely also contributing to their extreme reflectiveness. It’s still unclear how abundant these reflective features are on or within the moons’ surfaces, but they certainly help make some shiny snowglobes. 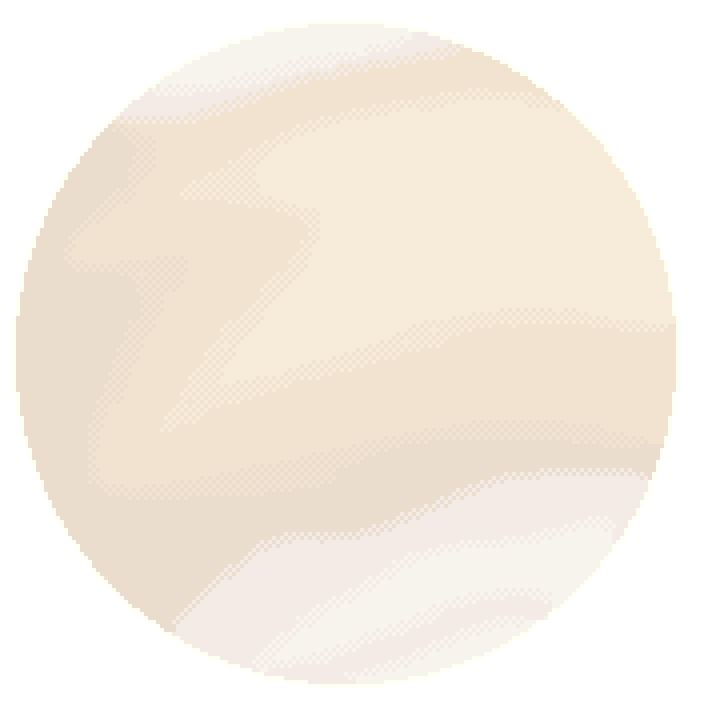 With surface temperatures of about 480 degrees Celsius (about 900 degrees Fahrenheit), Venus isn’t exactly favorable to snow (or spacecraft, for that matter). But high up in its mountains, the greenhouse world does appear to have snow — or at the very least, something like it.

NASA’s Magellan spacecraft first picked up on this in 1989 as it was mapping Venus, bouncing radar signals off its surface. The probe’s radar imager found that Venus’ mountains were extraordinarily bright with some unexplained dark regions at the highest altitudes. This led some scientists to think an element called tellurium could be behind the strange find.

After revisiting this Magellan data, other research suggests that these mysterious bright and dark patches could be caused by heavy metal frost that forms in Venus’ atmosphere and accumulates near its mountain peaks. It’s unclear how this all happens, however, and whether material from Venus’ many volcanoes is involved.

“We think this process happens because the very high temperatures at lower elevations essentially vaporize (or cause to sublimate) iron- and sulfur-rich minerals, with those particles then drifting to higher altitudes in the atmosphere,” said Paul Byrne, associate professor of Earth and planetary science at Washington University in St. Louis. “Once they get to relatively cooler air, they condense out as frost and settle out on any high-standing topography nearby.”

A multi-decade-long dearth of missions has left Venus’ frost-capped mountains shrouded in secrecy. Thankfully, NASA and ESA are looking to fix that with three upcoming missions to Earth’s sibling planet. Hopefully, the spacecraft find what they’re looking for, including (but not limited to) heavy metal snowcanoes.