2020 has been a year like no other in recent history. The events of 2020 have pushed us to face the vulnerabilities of our health, economies, cultures, and interpersonal relationships. For many, 2020 has also pushed us to unlock fresh perspectives and renewed determination to contribute to a positive future.

In these times, space science and exploration—and the benefits they provide to humankind—are even more vital. For The Planetary Society, we’ve witnessed an outpouring of support from our members, an increased interest in information about space, and extraordinary staff dedication to our mission to empower the space explorer in all of us.

Together with our 50,000 members, we’re working towards a better future together. Here are some shared highlights from 2020.

Our greatest shared accomplishment, the LightSail® 2 solar spacecraft, is still out there sailing on sunlight. Having successfully completed its primary mission, LightSail 2 is now on an extended mission. We’re refining operations and studying how the spacecraft’s orbit evolves in response, all to further advance solar sailing technology. We’re still making space history!

LightSail 2 was named one of TIME’s 100 Best Inventions of 2019, and won a Popular Science Best of What’s New award for 2019. Society members played a critical role in making this happen.

LightSail 2: Celebrating One Year in Space - June 25, 2020 Join Bill Nye and members of the LightSail 2 mission team as they mark the end of the primary mission and the beginning of extended operations after one year in orbit.

Japan’s space agency, JAXA, and NASA have selected PlanetVac, a new low-cost sample collection technology, for 2 missions to the Moon and the Martian moon Phobos. PlanetVac, developed by Honeybee Robotics and funded partially by Planetary Society members and supporters, is scheduled to fly to the Moon in 2023 and to Phobos in 2024.

“We’re thrilled that our members and supporters have helped enable a technology that will collect samples from the Moon and Phobos. PlanetVac demonstrates that providing public-supported seed funding at key times can serve a critical role in moving technologies closer to use in space flight.”

At the end of 2019, we proudly announced another round of Shoemaker Near Earth Object (NEO) Grant winners. The grants continue a long tradition of Planetary Society-supported planetary defense, protecting the Earth from the threat of asteroid impacts. In this round of grants, 6 proposals were awarded a total of $57,906. The winners hail from 4 countries on 3 continents. Over the 22-year history of the program, approximately $440,000 has been granted to 62 winners in 19 countries on 6 continents.

Leonardo Amaral, astronomer and 2019 Shoemaker NEO grant winner, used his upgraded telescope to discover a kilometer-wide asteroid that would create global devastation if it were to hit Earth. The asteroid missed us by a wide margin of 40 million kilometers as it passed by on September 10, 2020 but the fact that this large near-Earth object was undetected until now proves there is urgent work to be done to defend our planet from dangerous asteroids.

In the Spring, we kicked off a new collaboration with exoplanet hunter Debra Fischer and her colleague Joe Llama. Planetary Society members are supporting the 100 Earths project by providing the funds to purchase an ultra-sensitive cable used to transport light from the Lowell Discovery Telescope and a solar telescope into the exoplanets laser calibration device that grew out of research Planetary Society members helped fund in 2014.

In Search of 100 Earths: A Report to Our Members Members of The Planetary Society have long supported the search for worlds beyond our solar system. The 100 Earths Project, led by Yale astronomer and planet hunter Debra Fischer, is the latest success. In this recording of our live, May 16, 2020 webinar, Debra, Lowell Observatory astrophysicist Joe Llama and Planetary Society Chief Scientist Bruce Betts report on the amazing results achieved so far. Planetary Radio host Mat Kaplan moderates the conversation.

Microphones are on their way to Mars

An extraordinary Day of Action

"We need to make sure that we have groups like The Planetary Society always engaged, always interested. Get your friends involved, grow the base of the community that is necessary to support space exploration and the science and the discovery that goes along with it. I cannot tell you how important it is."
—NASA Administrator Jim Bridenstine on Planetary Radio, April 2020

In 2020, we held more than 300 phone and web conference meetings to engage the Administration, Congress, the Pentagon, NASA, and international agencies in supporting space exploration. As independent advisors to the Planetary Science Caucus of the U.S. Congress, we launched a monthly e-newsletter to keep members informed on planetary science news and issues.

💡 The Planetary Society is an independent, non-partisan, non-profit organization. We are an inclusive organization and commit to work with any elected official or party to advance space science and exploration.

We ramped up our advocacy efforts around Planetary Defense in 2020, with an in-depth analysis of the planetary defense budget in the U.S., and a presentation about Planetary Defense at the Pentagon. We are also actively supporting the NEO Surveillance Mission (NEOSM) mission with a petition to Congress.

Adding to the planetary defense budget analysis, we released a more extensive budget resource with the Planetary Exploration Budget Dataset, which integrates the spending history, by year, of every NASA planetary science mission and related activities.

Planning for the next decade of planetary exploration

Every 10 years the planetary science community establishes its scientific priorities for the coming decade for a report known as the Planetary Science Decadal Survey. With the support of our members, this year The Planetary Society submitted 2 papers to the decadal committee that would advance our goals of searching for life in the solar system and defending the Earth from asteroid impacts. We also contributed to 2 other papers on our ethical obligation to pursue planetary exploration and on the value of small-cost missions.

This year, we published content designed for learners of all ages.

Our "Your Guide" series helps you improve your knowledge about space—and make the case to others why exploration is important.

We also got back to basics, with tools like A Map of Every Mars Landing Attempt, Ever, our new Night Sky resource, and handy new guides to beginner’s astronomy and picking your first telescope. And you can share your love of space with the young explorer in your life with our Space for Kids resources.

The Downlink: A weekly space round-up for busy people

In March, we turned our popular weekly space round-up, The Downlink, into a new weekly toolkit delivered via email each Friday. Serving an audience of nearly 100,000 Society members and supporters, Friday's Downlink email is a one-stop-shop with the latest space news, fun facts and images you can share with your family and friends, Planetary Society updates, and night sky reports. Anyone can subscribe at planetary.org/connect.

We pivoted with engaging virtual events

The stay-at-home environment inspired us to host digital briefings on Planetary Society programs and projects, such as our online celebration of LightSail 2’s 1-year anniversary in orbit. We also hosted casual Planetary Live events like Q&A with Emily Lakdawalla and Kate Howells, What’s Up? with Bruce Betts and Mat Kaplan, Space Policy with Casey Dreier and Mat Kaplan, and a conversation with Society cofounder Louis Friedman.

In The Planetary Report, we looked back at 2019, looked ahead toward the next decade of planetary exploration, comforted each other in space together, and celebrated 40 years of The Planetary Society. 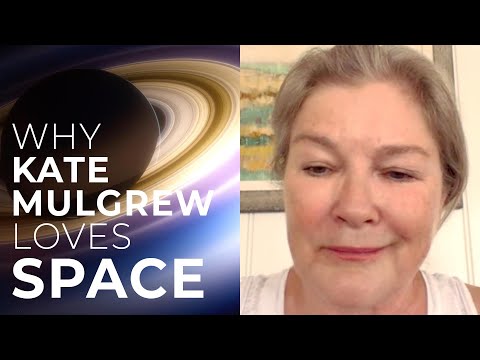 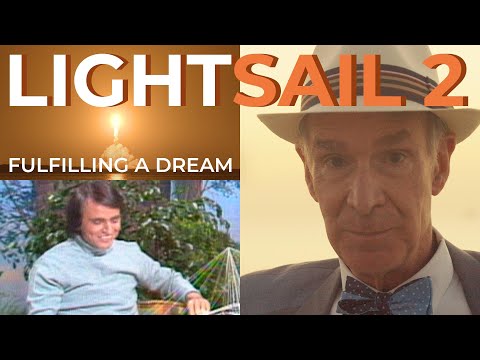 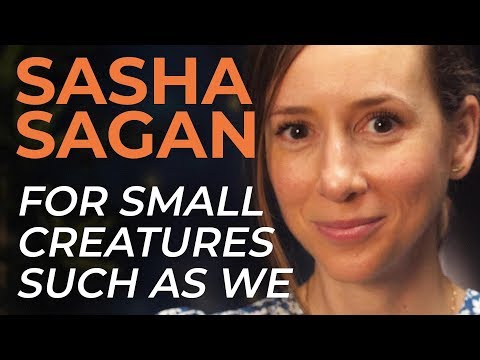 Planetary Video
Sasha Sagan - For Small Creatures Such As We 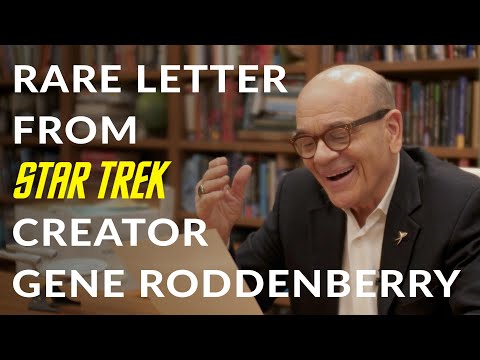 The COVID-19 pandemic has affected every one of us in some way. The Planetary Society is doing what we can to help by putting together resources to entertain yourself and your family, teach your kids about space, or even just escape your worry by turning your mind outward to the cosmos. We also reached out to space fans with #InSpaceTogether, a social media campaign designed to inspire and uplift our community at home—and remind us to hold hope for the future in these turbulent times.

We commit to do the work

The tragic death of George Floyd brought us to a reckoning point with racial injustice and systemic racism. In May, the Society issued a statement in support of Black Lives Matter, and we are committed to actively working against racism with concrete actions. As part of this commitment, we’re working to amplify the voices of Black and Brown people in planetary exploration, starting with the powerful webcast conversation with former astronaut Leland Melvin and Bill Nye.

When an object is discovered in space, it is first assigned a rather uninspiring and technical name. Such was the case for 2007 OR10, a Kuiper Belt object discovered in 2007. A reddish, cold object slightly larger than Pluto’s moon Charon, 2007 OR10 is considered a minor planet. It even has its own moon.

Its discoverers—astronomers Meg Schwamb, Mike Brown, and David Rabinowitz—wanted to give it a real name, something unique and meaningful. In 2019, they reached out to The Planetary Society to help promote a voting contest. More than 280,000 votes were cast, and the winner emerged: Gonggong, named after a Chinese water god with red hair and a serpent-like tail, known for creating chaos, causing flooding, and tilting Earth.

In February 2020, the International Astronomical Union made it official: Gonggong is now a part of our solar system’s family thanks, in part, to Planetary Society members.

Celebrating 40 years of The Planetary Society

2020 has been the year to celebrate The Planetary Society’s 40-year anniversary. While the events of this year meant that we needed to change a lot of our original plans, we still found ways to honor and celebrate our history.

The U.S. Congress wished us all a happy anniversary. Representatives of the United States Congress acknowledged the importance of The Planetary Society this week by introducing a formal resolution recognizing our 40th anniversary. The congressional resolution commends The Planetary Society for “introduc[ing] people to the wonders of the cosmos by bridging the gap between the scientific community and the general public to inspire and educate people from all walks of life.”

Working with our partner, ChopShop, we unveiled two t-shirts tied to our anniversary: one shirt commemorates our 40th anniversary with a look at the positions of the planets on the date of our founding, 11 November 1979; and the other shirt pays homage to our original clipper ship logo.

We also took the opportunity of an anniversary year to dedicate more time and resources to The Planetary Society’s archive. We sorted and through countless boxes of photos and videos, organizing and labeling them by medium and topic. We scanned original documents from our founders and early supporters. We gathered event programs, buttons, stickers, reports, and other memorabilia. Thanks to a partnership with California’s Huntington Library, we know these archives will be maintained for generations to come.

Planetary Society Members have so much to be proud of, over the last 40 years and in 2020. You are the dreamers and the doers. Your passion for space compels you to take action to advance space exploration. In 2020, we added more than 6,000 new members to our very special community. Thank you for joining us. We also have tens of thousands of long-term members, many of whom have been with us since the 1980s. Thank you for continuing to push this organization to find new ways to connect us all with the adventure and promise of space exploration.