Venus' Watery Past, and Listening to Mars 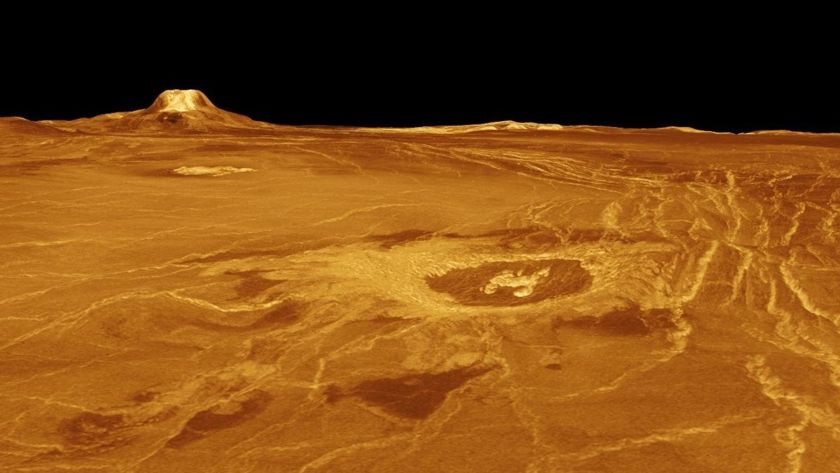 This 3D image of Venus’ surface was generated using radar data from NASA’s Magellan spacecraft. The 3-kilometer-tall volcano Gula Mons can be seen on the horizon, along with the 48-kilometer-wide Cunitz crater at near-center. 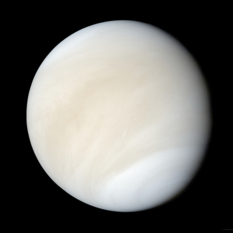 Your Guide to Venus

Venus, the 2nd planet from our Sun, may have had oceans and been habitable to life before being transformed into an inhospitable wasteland. 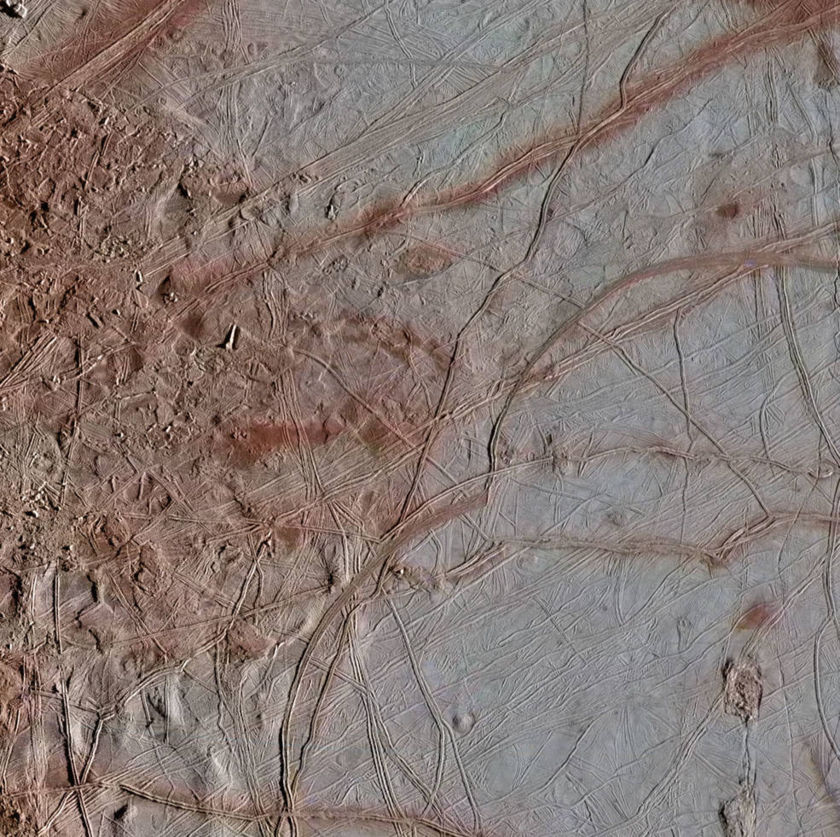 This image of the surface of Jupiter's moon Europa shows an area called Chaos Transition where the icy crust appears to have fractured from the force of Jupiter's gravity.

Scientists have reprocessed images of Jupiter’s moon Europa (pictured) taken by NASA’s Galileo spacecraft in 1998. The stunning enhanced-color pictures will be used to prepare for the agency’s upcoming Europa Clipper mission. Europa has one of the youngest surfaces in the solar system—between 40 to 90 million years, on average—due to Jupiter’s gravity, which constantly stretches, compresses, and resurfaces the moon’s icy crust.

Correction: Last week’s Downlink mentioned a launch date of May 2020 for the European Space Agency’s JUpiter ICy moons Explorer (JUICE) spacecraft. The launch is in fact planned for May 2022, and JUICE will arrive at the Jupiter system in 2029.

The planet Mercury is finally getting its own NASA advisory group. MExAG, the Mercury Exploration Assessment Group, will consist of planetary scientists who will advise NASA on the future Mercury exploration missions. NASA has similar advisory groups for Venus, the Moon, Mars, the outer planets, and small bodies like asteroids and comets. Learn more about why we explore Mercury at planetary.org/mercury.

Tom Cruise will film a movie aboard the International Space Station. NASA has yet to provide more details, but it’s likely Cruise plans to hitch a ride to the station via SpaceX’s Crew Dragon spacecraft. NASA is working to make the station more available for commercial opportunities, as part of a larger plan to rely on private companies for human spaceflight in low-Earth orbit, allowing the agency to focus on sending astronauts back to deep space.

China completed a critical test of the rocket that will launch its future space station modules and next-generation crew spacecraft. The rocket, the Long March 5B, blasted a prototype version of the crew capsule to Earth orbit. It is expected to perform a high-speed reentry on 8 May to test the vehicle’s heat shielding, similar to NASA’s Orion crew module test in 2014. 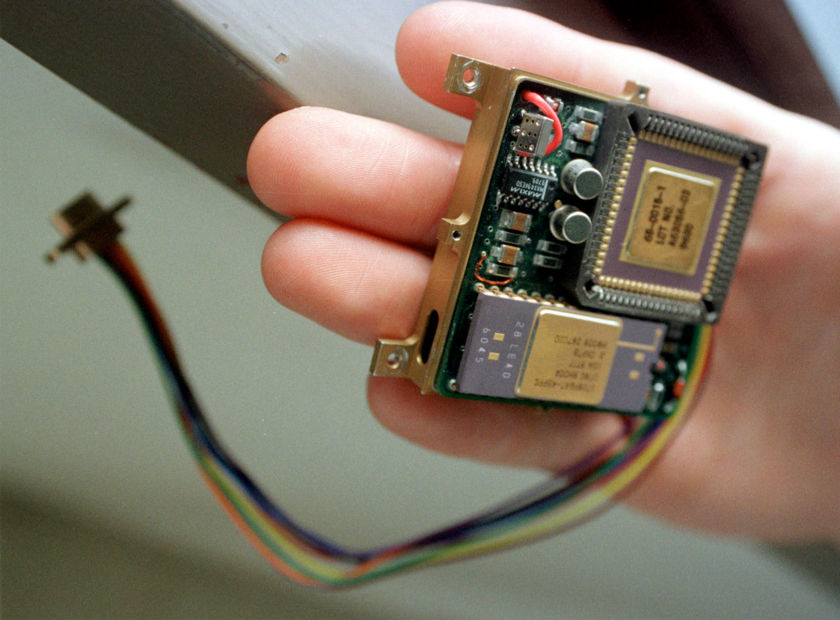 What would your voice sound like on Mars? In the 1990’s The Planetary Society built a Mars Microphone (pictured) to find out. Today, we’re looking for a volunteer to help us build a web interface where visitors can either record their voice or upload an audio file and have it “Marsified” by lowering the pitch by 7 semitones. If you have the web programming or audio manipulation skills to help us build something like this, please get in touch by emailing Planetary Society volunteer Andy de Fonseca.

Contemplate Venus’ storied history as you look up and see our neighboring planet shining brightly in the evening sky. Before dawn, you can still spot Mars, Jupiter, and Saturn. 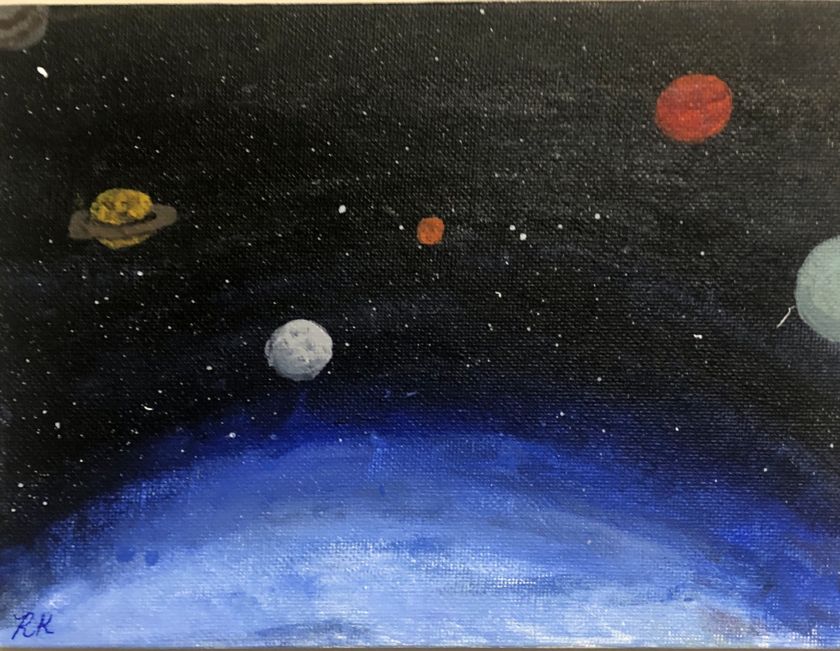 This week’s contribution comes from Planetary Society supporter Sydney Kowall, whose 13-year-old granddaughter Ruby Adyson Kowall created this piece of space artwork while self-isolating with her parents. Ruby, who lives in Winnipeg, Manitoba, named the painting “Time and Space.”