Your Guide to Mercury

The innermost planet is a contradictory mystery

Over the course of humanity’s exploration of our solar system, Mercury has not received a lot of attention. The innermost planet to the Sun is smaller than both Jupiter’s moon Ganymede and Saturn’s moon Titan. It has been overshadowed by worlds that may have once harbored life, such as Mars, or planets that are the centers of their own systems of moons, like Jupiter and Saturn.

Mercury is a contradictory mystery. Its surface appears old and cratered, virtually undisturbed by geologic activity like volcanoes. Yet it has a magnetic field, which is normally caused by a molten core that should, in turn, cause surface changes. Thanks to the nearby Sun, Mercury’s surface can reach 430 degrees Celsius (800 degrees Fahrenheit)—yet like our Moon, there is water ice inside permanently shadowed craters at the poles.

Mercury is particularly interesting to scientists who study exoplanets, planets that orbit other stars. Thousands of known exoplanets orbit extremely close to their stars. By studying Mercury right here in our backyard, we can better understand what these close-orbiting worlds might be like.

How did the planets form, and what was the early solar system like when life arose on Earth? To answer these questions, scientists need to understand all the diverse types of worlds around our Sun. Figuring out how Mercury came to be and what explains its peculiar characteristics is an important mystery to be solved.

How do we study Mercury?

Studying Mercury is a challenge because it actually takes more energy for a spacecraft to reach Mercury than Pluto. Mercury is the fastest-orbiting planet in our solar system—it blazes around the Sun at 48 kilometers per second. Missions trying to enter orbit there typically fly past Earth, Venus, and/or Mercury itself, using gravitational nudges to adjust their trajectories. 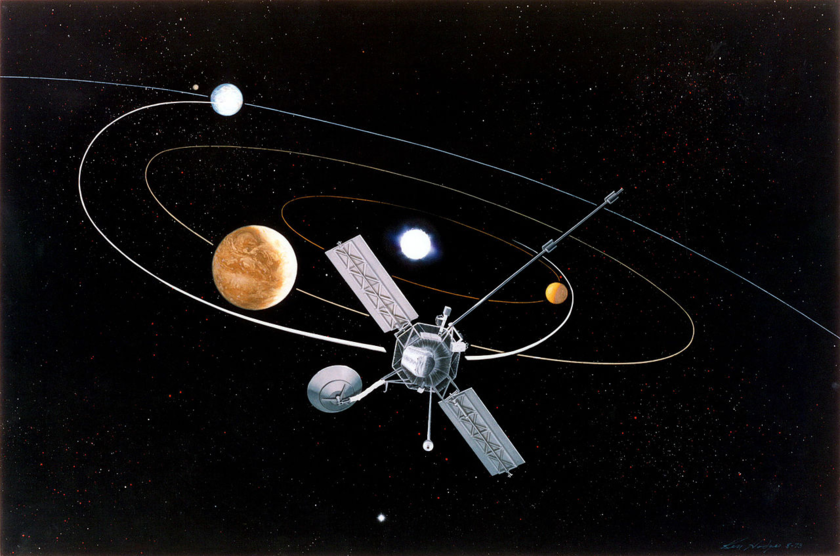 Only 2 spacecraft have ever visited Mercury. In the 1970s, NASA’s Mariner 10 made 3 flybys of the planet—seeing the same side each time—revealing its crater-ridden surface and magnetic field. No spacecraft visited again until NASA’s MESSENGER became the first spacecraft to orbit Mercury in 2011. MESSENGER discovered Mercury’s core makes up 85 percent of the planet’s volume—much more than Earth’s, which makes up just 15 percent. 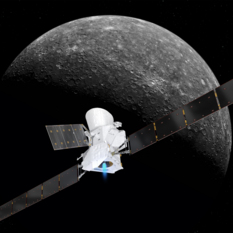 Your Guide to BepiColombo

Europe and Japan’s first Mercury mission will study how the planet formed.

Why does Mercury have such a large core, and how does it generate the planet’s magnetic field? These are questions that BepiColombo, a joint Japanese-European Mercury mission to Mercury that launched in 2018, will attempt to answer. BepiColombo will arrive in Mercury orbit in 2025.

We also study Mercury using powerful Earth-based radar telescopes. These telescopes can zap the planet with radar, measure the reflections, and see water ice at the planet’s poles!

No future Mercury missions are planned beyond BepiColombo, but the Mercury science community has some ideas, including a lander and a pair of small satellites to measure Mercury’s gravity field. Mercury, alone among the worlds of the solar system, does not have a U.S. National Research Council advisory group devoted to advocating to NASA for its scientific exploration, although as of early 2020 scientists are discussing forming one.

What can you do to support Mercury research?

You can help us support the exploration of Mercury and other worlds by sharing the passion, beauty, and joy of space exploration:

You can also learn more about the current mission to Mercury, BepiColombo. Visit our BepiColombo mission page to learn about the spacecraft’s long journey to our innermost planet and find links to the mission’s social media accounts.