Martian Mud and a Milestone in Human Spaceflight 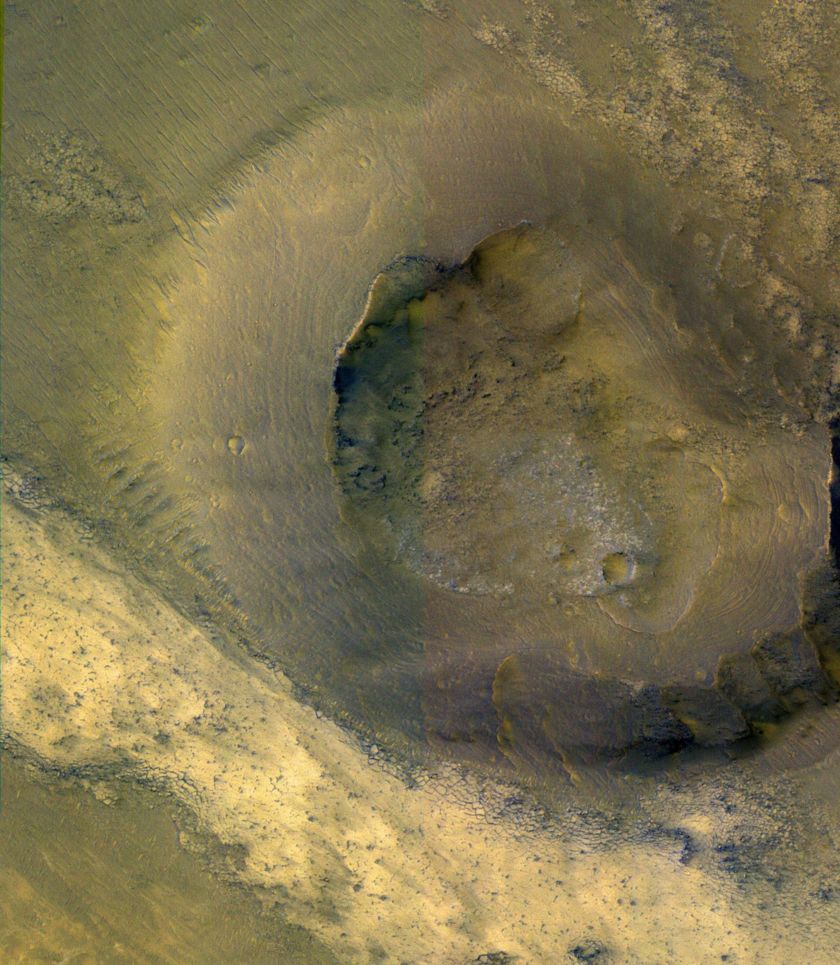 Researchers at the German Aerospace Center say laboratory experiments show that Mars may have “mud volcanoes”—locations where watery sediments seep onto the surface. Because of Mars’ low temperatures and pressures, the mud quickly freezes. Mars once had flowing water on its surface, and some of it still exists underground today. Learn more about why and how we explore Mars at planetary.org/mars.

If successful, NASA’s commercial crew program will be the least expensive human spaceflight development project pursued by NASA since Project Mercury in the early 1960s. 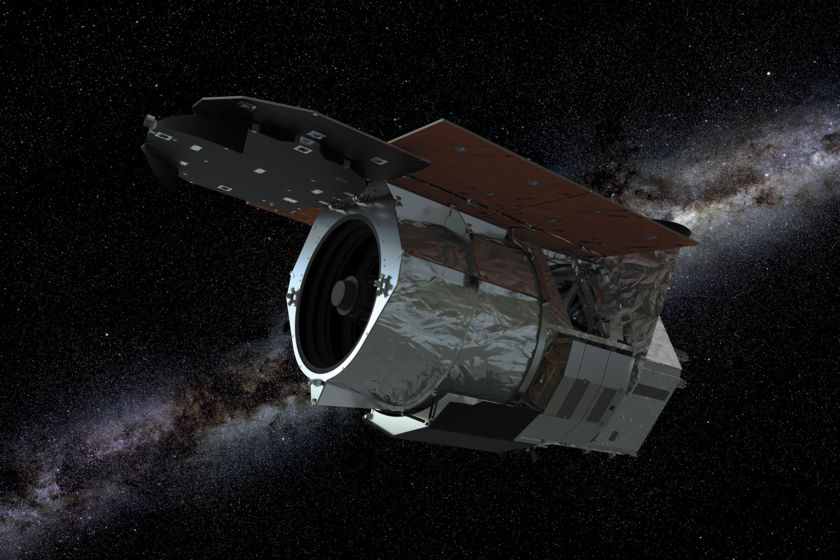 The Nancy Grace Roman Space Telescope will search for and directly image exoplanets, worlds that orbit other stars.

NASA has renamed its upcoming WFIRST mission the Nancy Grace Roman Space Telescope—Roman Space Telescope for short—in honor of the agency’s first chief astronomer. Roman, who died in 2018, set up a committee of astronomers and engineers in the 1960s to envision how in-space telescopes could revolutionize scientific research. Those efforts eventually led to the Hubble Space Telescope. The Trump administration has tried and failed to cancel the Roman Space Telescope in its last 3 budget requests. Learn how to help make the mission happen at planetary.org/roman-space-telescope.

NASA astronauts Bob Behnken and Doug Hurley arrived at Kennedy Space Center in preparation for their upcoming historic launch on SpaceX’s Crew Dragon to the International Space Station. Crew Dragon, meanwhile, arrived at the launchpad for installation on a Falcon 9 rocket. Don’t miss our full coverage of the Crew Dragon launch here. You can learn more about NASA’s commercial crew program at planetary.org/commercial-crew

Engineers successfully folded NASA’s James Webb Space Telescope (JWST) into its launch configuration for the first time. JWST’s mirror—which consists of 18 hexagonal segments—is too wide to fit inside a rocket’s nose cone, so it folds up for launch and must undergo a complex deployment sequence in space. Next up for JWST: environmental tests that will simulate the vibrations and sound levels it will face during launch next year.

NASA’s OSIRIS-REx spacecraft will make its first attempt to collect a sample from asteroid Bennu on 20 October 2020. The sample collection process involves OSIRIS-REx giving Bennu a brief “high-five,” firing a puff of gas into the surface that kicks asteroid material into a cylindrical collection chamber. The samples, which will be returned to Earth in 2023, will help scientists understand how asteroids contributed to the origin of planets, and what role they may have played in the origin of life on Earth. Learn more about the OSIRIS-REx mission here.

Japan launched a cargo ship to the International Space Station that is scheduled to arrive on Monday. The HTV spacecraft is loaded with more than 4 tons of supplies, water, and other hardware, as well as 6 new lithium-ion batteries that will be installed on future spacewalks as part of ongoing upgrades to the station’s power systems. Learn about the ISS at planetary.org/iss.

NASA astronauts Doug Hurley and Bob Behnken familiarize themselves with SpaceX’s Crew Dragon, the spacecraft that will transport them to the International Space Station as part of NASA’s Commercial Crew Program. Their upcoming flight test is known as Demo-2, short for Demonstration Mission 2. The Crew Dragon will launch on SpaceX’s Falcon 9 rocket from Launch Complex 39A at NASA’s Kennedy Space Center in Florida.

We're just days away from the first commercial flight of NASA astronauts to the International Space Station! Our guide to the launch prepares you to celebrate this exciting moment and share it with others. You can also learn more about the commercial crew program and why it matters, and brush up on your knowledge about the International Space Station. Watch the launch with us on 27 May at 1:32 p.m. PDT / 4:32 p.m. EDT / 20:32 UTC.

Today’s new moon means you’ll have a better view of the night sky (weather permitting). Check out Mercury and Venus in the evening onward, and Mars, Jupiter, and Saturn before dawn. With binoculars or a telescope, you can also find Neptune in the early morning sky. 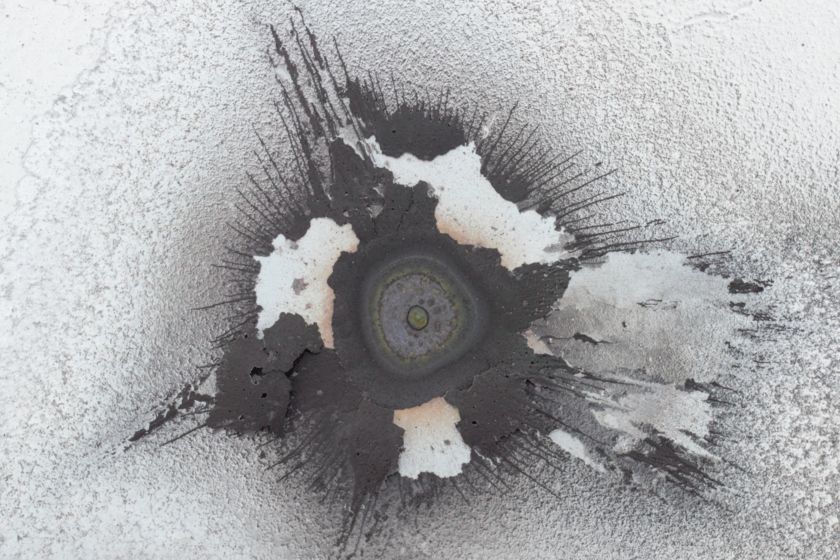 Eye on the Sky

While making model rockets, Planetary Society member Kirk Duckwall and his daughter Julianna, age 6, noticed the blast was making interesting designs on the launch pad. They came up with the creative idea of putting fresh paint on the pad to see what happened. They named the resulting image “Eye on the Sky.” Kirk emphasized that Julianna did all the hard work: “she helped pack the chute and put in the engine and most importantly launched and retrieved the rocket.”

This week’s Wow comes from Planetary Society member Kirk Duckwall and his daughter Julianna, age 6. While making model rockets they noticed the blast was making interesting designs on the launch pad. They came up with the creative idea of putting fresh paint on the pad to see what happened. They named the resulting image “Eye on the Sky.” Kirk emphasized that Julianna did all the hard work: “she helped pack the chute and put in the engine and most importantly launched and retrieved the rocket.”