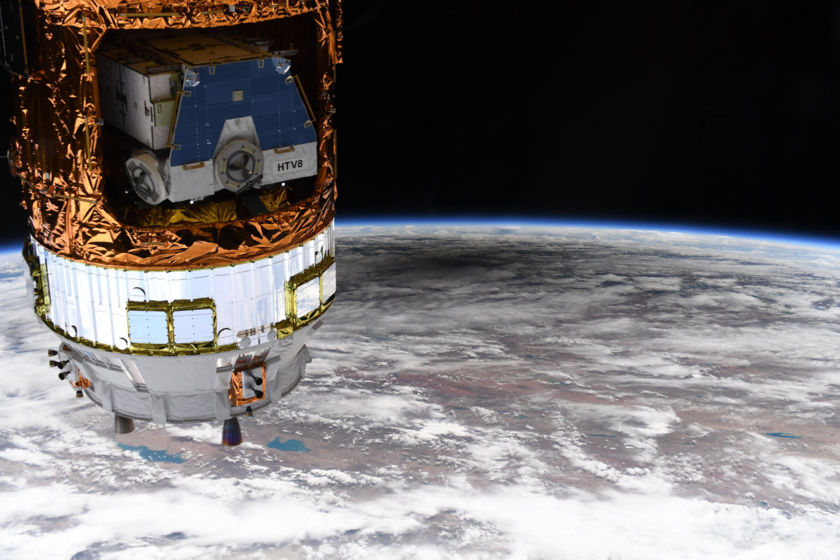 NASA astronaut Chris Cassidy, who was aboard the International Space Station at the time, photographed the shadow created by a solar eclipse on 21 June 2020.

Although asteroid impacts on Earth are rare, our planet is bombarded with more than 100 tons of dust and sand-sized particles every day. 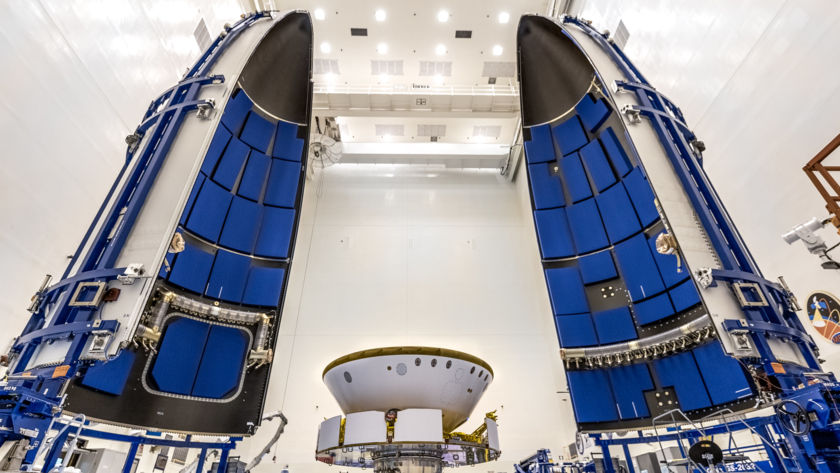 NASA’s Perseverance rover is all buttoned up inside the nose cone of the Atlas V rocket that will blast it towards Mars next month. Launch is scheduled for 22 July. The rocket, without Perseverance on top, also completed a propellant filling test known as a “wet dress rehearsal.” The Planetary Society has a comprehensive, continually updated guide to all 3 Mars missions launching next month at planetary.org/mars2020.

NASA Administrator Jim Bridenstine announced Wednesday that the agency’s headquarters building in Washington, D.C., will be named after Mary W. Jackson, the first African American female engineer at NASA. The building sits on “Hidden Figures Way,” which Bridenstine says is a reminder that Jackson is one of many incredible and talented professionals in NASA’s history who contributed to this agency’s success. “Hidden no more, we will continue to recognize the contributions of women, African Americans, and people of all backgrounds who have helped construct NASA’s successful history to explore.”

As The Downlink publishes, 2 NASA astronauts are conducting a spacewalk to replace aging batteries on the outside of the International Space Station (ISS). One of the spacewalkers is Bob Behnken, who launched on SpaceX’s Crew Dragon in May. Another spacewalk is scheduled for 1 July. Learn how the ISS helps prepare humans for deep space missions.

A group of scientists at Harvard and other universities has received NASA’s first-ever funding to search for technosignatures—artificial signs of intelligent life—around other stars. The scientists will look for signs of industrial pollutants in other planets’ atmospheres, as well as light reflected from solar panels—both of which could indicate a civilization technologically similar to our own. Learn how and why we study exoplanets, planets around other stars.

Asteroid Didymos’ small moon, which was previously nicknamed Didymoon, has a new name: Dimorphos. Dimorphos is the target of NASA’s Double Asteroid Redirection Test (DART), a mission that will slam a spacecraft into the moon and change its orbit around Didymos. The mission will verify one possible method of deflecting an asteroid on course to hit Earth. Learn more about DART here. 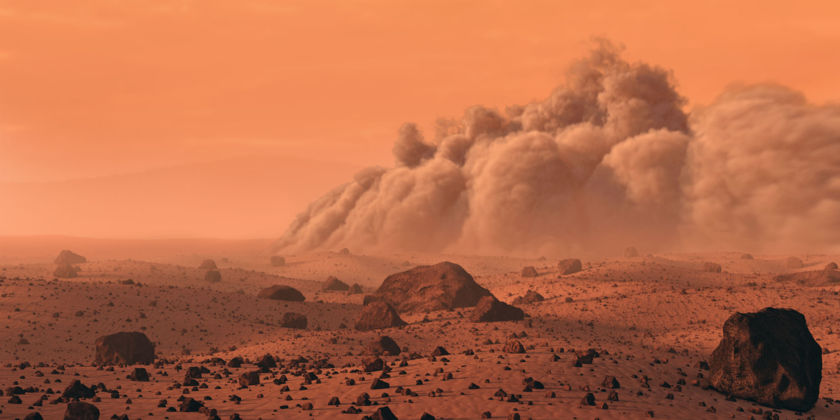 Dust Storm on Mars by Mark A. Garlick

This image, created by author and astronomical artist Dr. Mark A. Garlick, gives us a chance to imagine the awe and terror that such a storm would inspire in a human explorer. It captures the dual nature of Mars: beautiful and intriguing yet hostile and incredibly challenging. It’s a world that calls out to be explored and is one that demands the very best of us.

The June solstice issue of The Planetary Report is here! Members receive the magazine in the mail, and the digital version is freely available to the public. Learn about what The Planetary Society has been up to lately, take a deep dive into the wide variety of sample return missions that are underway this year, and explore a cosmic perspective of Earth. Pictured: Each issue of The Planetary Report features astronomical art like this piece by Mark A. Garlick, which imagines a view of an approaching Martian dust storm.

30 June is Asteroid Day! This international day of awareness aims to educate global audiences about the potential threat that near-Earth objects (NEOs) pose, and encourage action that needs to be taken to defend Earth from impacts. Learn more about NEOs and planetary defense, and go to asteroidday.org on 30 June for day-long live video events.

It’s not too late to stand up for space by signing our petition to U.S. President Donald Trump and presumptive presidential nominee Joe Biden asking them to prioritize NASA funding for missions that will advance space science and exploration. Around the world, people are joining together to tell these leaders that exploration is worth the investment. If you want to do even more, you can also make a gift to support The Planetary Society’s space advocacy program.

Defending the Earth with Your Support

As a Planetary Society member, you help prevent catastrophic asteroid impacts. Your support directly funds researchers like Bob Stephens, who tracks and characterizes dangerous near-Earth asteroids. Learn more about his research and how your membership is saving the world one asteroid at a time.

Venus and Mars are visible in the predawn sky this week. Jupiter and Saturn are shining bright all night. You can tell them apart because Jupiter shines 15 times brighter than its ringed neighbor. 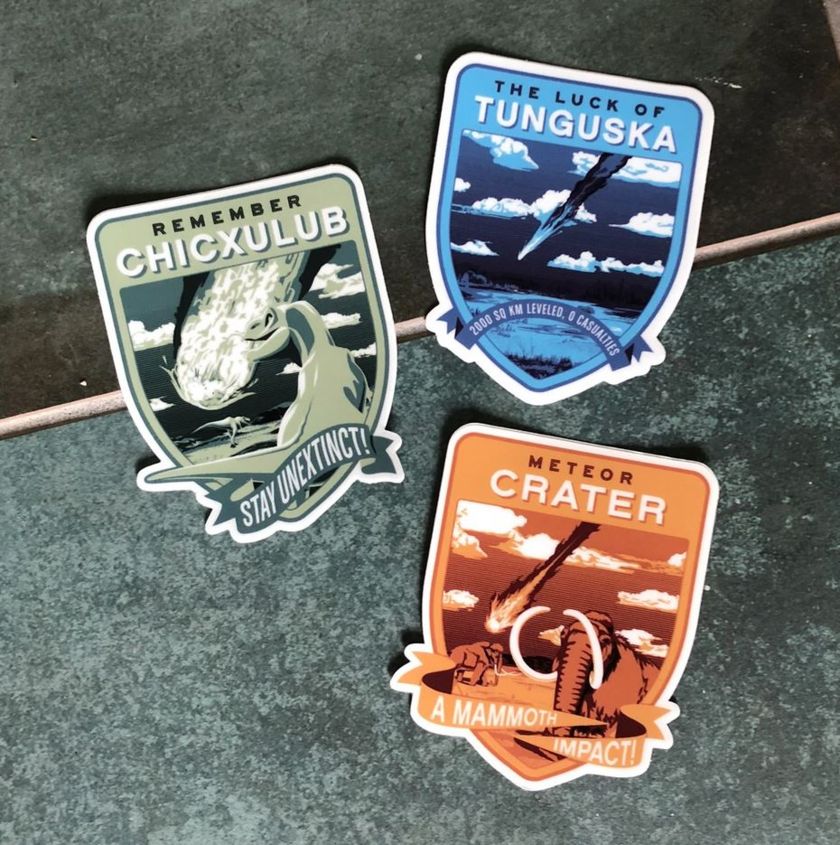 The Planetary Society has great merch to help you show off just how much you don’t want to get wiped out by an asteroid. Every purchase from our online store supports our mission to explore worlds and defend our own from impacts.

As the world celebrates Asteroid Day on 30 June, we’ve got great merch to help you show off just how much you don’t want to get wiped out by an asteroid. Every purchase from our online store supports our mission to explore worlds and defend our own from impacts. 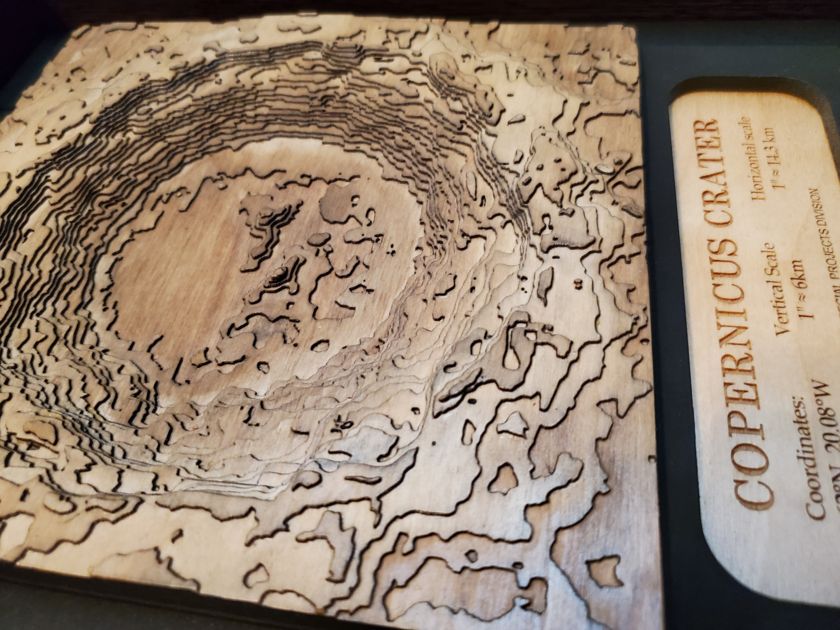 Planetary Society member Evan Hilgemann made this 3D topographic relief model of the Copernicus lunar crater by laser-cutting layers of plywood, gluing them on top of each other, and staining them. “Copernicus is perhaps my favorite lunar feature,” says Evan. “It was one of the first items I identified on the Moon when I was a kid just learning how to use a telescope, and still evokes the feeling of seeing an old friend whenever I view it today.”

This week’s Wow comes from Planetary Society member Evan Hilgemann. He made this 3D topographic relief model of the Copernicus lunar crater by laser-cutting layers of plywood, gluing them on top of each other, and staining them. “Copernicus is perhaps my favorite lunar feature,” says Evan. “It was one of the first items I identified on the Moon when I was a kid just learning how to use a telescope, and still evokes the feeling of seeing an old friend whenever I view it today.”