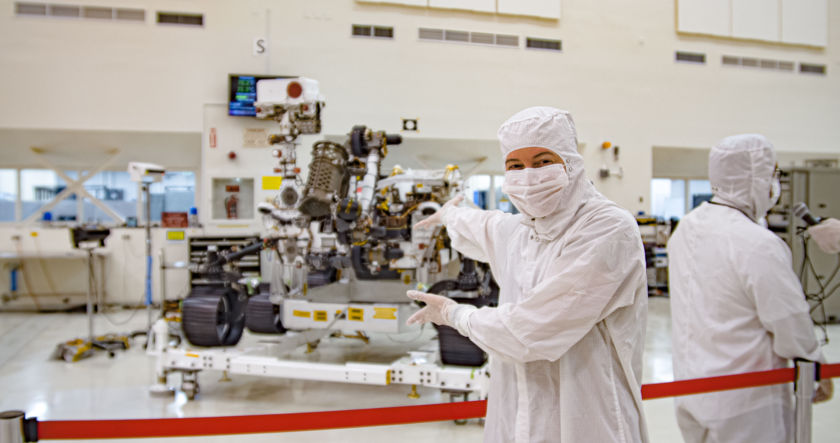 The Planetary Society visited NASA’s Jet Propulsion Laboratory in Pasadena, California to see the Mars 2020 spacecraft, which is scheduled to launch in July or August. Our solar system specialist, Emily Lakdawalla, reports the rover, cruise stage, and descent stage are all nearly ready for shipment and are as clean as they’ll ever be; the gleaming hardware is ready to get dirty with red Mars dust. Learn more about Mars 2020 here.

India has confirmed plans to send another robotic lander and rover to the Moon. The country’s space agency officially announced the Chandrayaan-3 mission, which would likely launch no earlier than 2021. Chandrayaan-3 will not include a lunar orbiter; the lander could use Chandrayaan-2 as a communications relay to Earth for some portions of the mission. Learn more about the Chandrayaan-2 mission here.

China’s heavy-lift Long March 5 rocket successfully returned to flight for the first time since a launch failure in July 2017. That keeps two Chinese planetary missions on schedule: the Huoxing-1 Mars orbiter and rover are scheduled to launch onboard a Long March 5 rocket this summer, and the Chang'e-5 lunar sample return mission is expected to follow late in 2020. Learn more about the 4 missions scheduled to launch to Mars next year.

Astronauts aboard the International Space Station photographed a solar eclipse from space. The eclipse was visible from Saudi Arabia, Oman, southern India, and parts of Indonesia. While not as dramatic as the total solar eclipse seen in 2017, an annular eclipse produces a momentary “ring of fire” around the Moon.

NASA astronaut Christina Koch now holds the record for the longest single spaceflight by a woman. Koch launched to the International Space Station in March 2019 and is scheduled to return this February.

China’s Yutu-2 rover completed its 13th lunar day of exploration on the Moon’s far side. The rover must power down to survive each lunar night. Yutu-2 and its Chang’e-4 lander also celebrated their one-year landing anniversary, having touched down on 3 January 2019. Learn more about the Chang’e-4 mission here.

NASA’s Juno spacecraft recently completed its 24th close flyby of Jupiter. The spacecraft is now in solar conjunction, meaning the Sun is directly between Earth and Jupiter, which makes communications spotty.