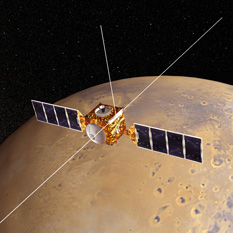 While I was writing yesterday's blog entry on Mars Express' Phobos flybys I realized that I didn't understand Mars Express' orbit very well. So I sent an inquiry to the Mars Express blog, which they answered in a blog entry today.