A Ring of Fire and Titan's Explosive Volcanoes 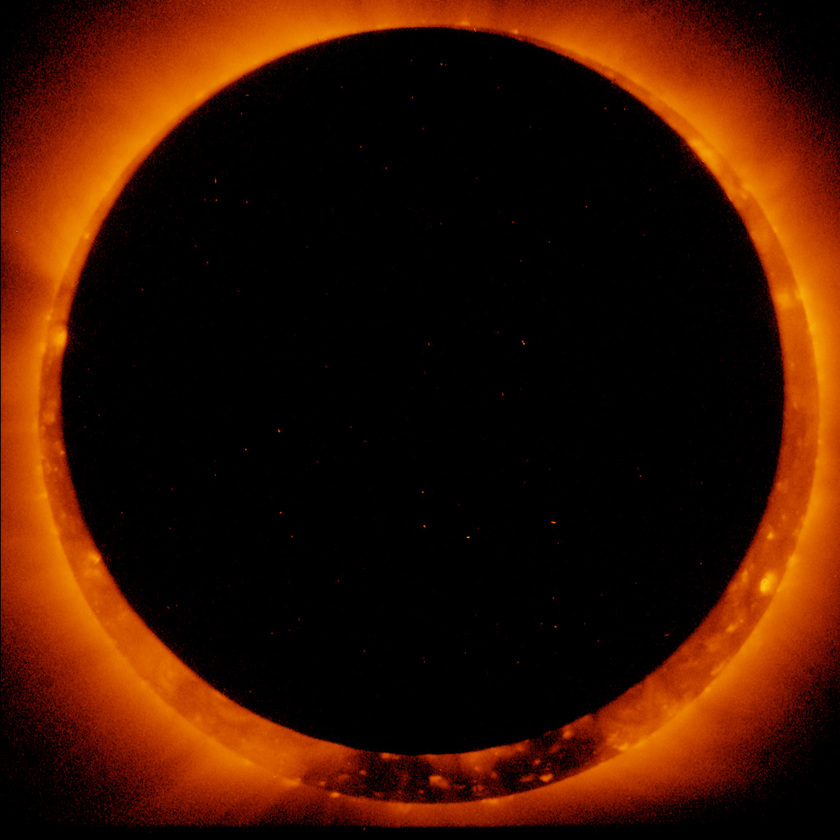 An annular solar eclipse (like this one imaged by JAXA’s Hinode spacecraft in 2010) happens when the Moon is at its furthest distance from Earth and passes in between the Earth and the Sun, leaving the Sun's visible outer edges to form a “ring of fire,” or annulus, around the Moon. This kind of eclipse will happen this Sunday, 21 June. The ring of fire will be visible from central Africa and through Asia. Many other locations from southeastern Europe to the northern tips of Australia will experience a partial annular eclipse. Elsewhere, you can watch a live stream of the eclipse. Learn more annular solar eclipses.

A solar eclipse always comes within about 2 weeks of a lunar eclipse. These eclipse pairings normally happen every 6 months when the Moon’s orbital plane is lined up with the Earth and Sun. 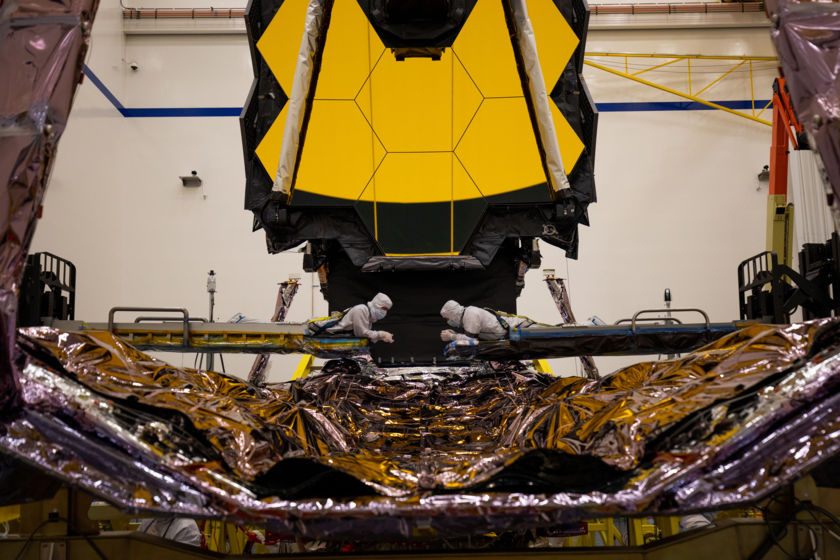 Once in space, NASA’s James Webb Space Telescope (JWST) must extend the spacecraft’s warm electronics away from its ultra-sensitive gold mirror and scientific instruments. JWST is designed to pick up faint heat signatures from faraway astronomical objects—including exoplanets—and must be kept extremely cold to work.

NASA’s James Webb Space Telescope (JWST; pictured) successfully tested a crucial tower extension it must perform in space to move the spacecraft’s warm electronics away from its ultra-sensitive gold mirror and scientific instruments. JWST is designed to pick up faint heat signatures from faraway astronomical objects—including exoplanets—and must be kept extremely cold to work. Learn why and how we study exoplanets.

The European Space Agency’s ExoMars Trace Gas Orbiter has detected a green glow above Mars caused by sunlight interacting with carbon dioxide in the planet’s atmosphere. A similar process makes Earth’s auroras green. The green Mars glow has long been suspected to exist, but this is the first time a spacecraft has directly detected it. Learn why we study Mars.

Scientists have found evidence for explosive volcanoes on Saturn’s moon Titan. The volcanoes appear near the moon’s poles and may be caused by internal heat melting the moon’s icy crust and erupting it onto the surface. Learn more about Saturn and Titan.

VIPER, a NASA rover that will scout for water ice near the Moon’s south pole in 2023, will hitch a ride on a lander built by the company Astrobotic. We interviewed the CEO of the Pittsburgh-based company last year. Studying the moon’s ice could help us understand where our own planet’s water came from, while future astronauts could harvest it for air, water, and propellant. Learn how and why we explore the Moon.

NASA’s New Horizons spacecraft is far enough away from Earth that it can see nearby stars in different locations. The effect, known as parallax, can be used by astronomers to measure distances to nearby stars. It is more commonly seen as the Earth orbits the Sun during the course of a year, but those shifts are not normally detectable by human eyes. Learn more about the New Horizons mission. 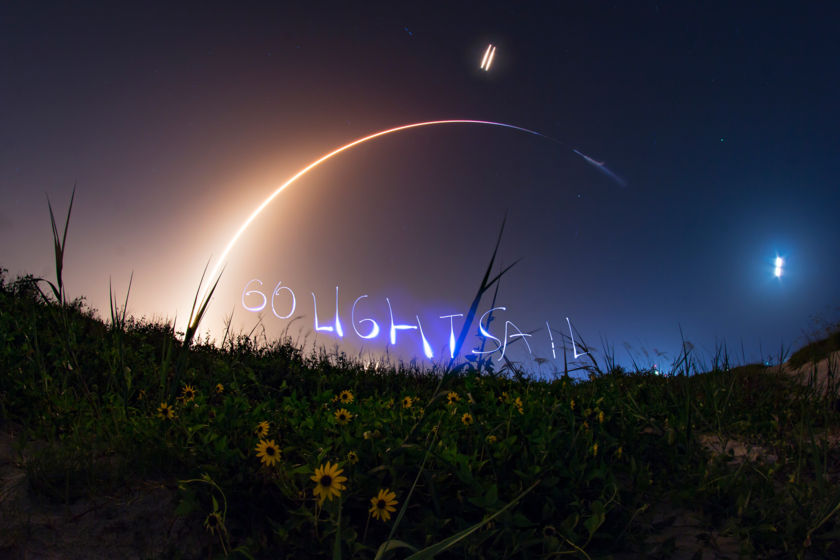 LightSail 2’s primary mission is nearly complete! On 25 June you’re invited to join CEO Bill Nye and the LightSail 2 mission team in a special virtual event to celebrate this milestone and the beginning of the mission’s extended operations phase. You can join the event for free on Thursday, 25 June 2020 from 7:00 p.m. to 8:00 p.m. EDT. Register here. Pictured: Astrophotographer Stephen Marr captured LightSail 2’s 2019 launch along with a special light-painted message.

Take action for space! Take a moment to sign a petition to U.S. President Donald Trump and presumptive presidential nominee Joe Biden asking them to prioritize NASA funding for missions that will advance space science and exploration. Wherever you live in the world, adding your name to this petition tells these leaders that exploration is worth the investment. If you want to go above and beyond, you can also make a gift to support The Planetary Society’s space advocacy program.

Spot Jupiter, Saturn, and later, Mars in this week’s night sky. The main celestial drama of the week will be 21 June’s annular solar eclipse.

Forty years after our founding date, we still love the style of The Planetary Society’s original logo. You can get in on this blast from the past with our awesome retro t-shirt. Every purchase supports our mission to advance space science and exploration. 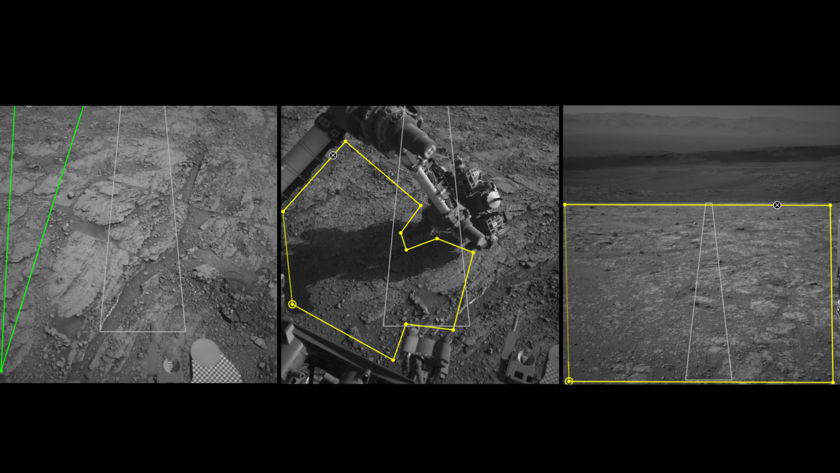 Want to help NASA teach its rovers to drive autonomously on Mars? The agency is recruiting citizen scientists to identify different types of terrain in pictures taken by the Curiosity rover. The data will be used to develop software that could help rovers drive themselves, steering clear of hazards like large rocks and slippery sand dunes. Pictured are 3 images showing different kinds of Martian terrain.

As all NASA photographs copyright-free, you guys should use the photo of an "anti-eclipse" (okay, a transit of the moon by the earth) taken by the DSCOVR spacecraft on July 16, 2015 for a Tee shirt or something. The one where the Moon is centered over the Earth is just perfect.

While I'm at it, there you guys should assemble a book of the most artistic space photos. They tried a lot of those with Cassini, with moon transiting moon, and when New Horizons passed Jupiter all those years ago, they tried it with Jupiter's moons. Then there's that DiSOVR thing I mentioned above. There are several books of Hubble stuff, but as far as I know, almost nothing from Spitzer or any of the other Space telescopes.