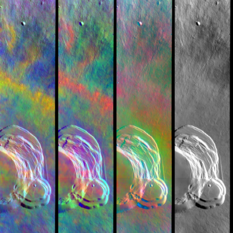 Explore the mysterious Martian landscape with the workhorse of the Solar System, Mars Odyssey.

Flash memory or computer problems oddly occurred on both Curiosity and Opportunity around Feb 27. One possibility is that a large solar flare resulted in radiation at Mars sufficient to temporarily corrupt the memory on both rovers.

Curiosity update, sol 227: Some sharpshooting and a dusty deck

Curiosity is back to science operations, though the activities are limited in scope by the fact that conjunction is fast approaching. Here's a couple of neat images from sol 227. 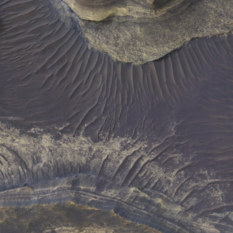 Some interesting results from the Lunar and Planetary Science Conference on clay minerals on Mars and what they might mean about ancient water. 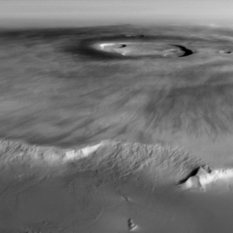 A Different Angle on Mars

A new slant on Martian landscapes from Mars Global Surveyor. 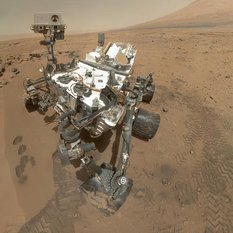 A mind-boggling quantity of information is being presented at the Lunar and Planetary Science Conference. In my first report from the meeting, I try to make sense of the Curiosity and Opportunity sessions. 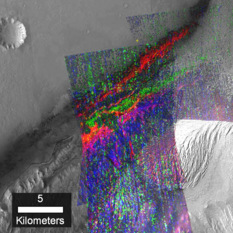 Yes, it was once a Martian lake: Curiosity has been sent to the right place

The news from the Curiosity mission today is this: Curiosity has found, at the site called John Klein, a rock that contains evidence for a past environment that would have been suitable for Earth-like microorganisms. 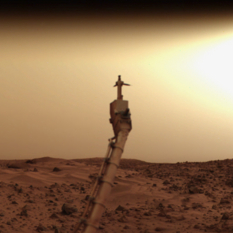 The First Taste of Mars

Nearly four decades before Curiosity, we dug into Mars for the first time. The pictures are still amazing.

Thursday at noon PST/3pm EST/20:00 UT we check in with Emily Lakdawalla to bring us up to speed with Curiosity's computer problems and we check in on NASA's budget status. 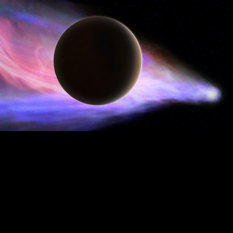 Will comet Siding Spring make a meteor shower on Mars?

JPL's Solar System Dynamics group shows that there is still a possibility that C/2013 A1 (Siding Spring) could hit Mars. But the uncertainty in its position at that time is large -- the closest approach could happen an hour earlier, or an hour later -- so we're a long way from knowing yet whether it will or (more likely) won't impact.