Here at station 14 we have decided to do a detailed investigation of an outcrop that is well exposed and lies within an area where there is orbital remote-sensing evidence for clay minerals. These particular rocks are interesting in that they contain a lot of thin veins and alteration zones along joints (cracks) in the outcrops.

We on the MER Opportunity science team are currently doing an “outcrop walk” with Opportunity on the slopes of Cape York, a small residual part of the rim on the 20+ km diameter Endeavour Crater, Mars. 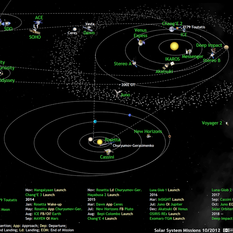 Welcome to my monthly survey of the activities of robots across the solar system! Tomorrow is the equinox at Mars; both Curiosity and Opportunity will be spending the month actively analyzing Martian rocks. It'll be a less active month for Cassini, as Saturn passes through solar conjunction late next month. 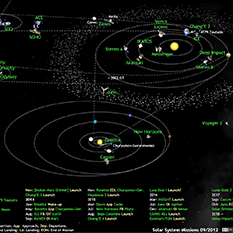 It's an active time in interplanetary exploration! Curiosity has begun roving Mars, and Opportunity's not wasting any time either. Dawn has just departed Vesta and begun the more than two-year cruise to Ceres. Juno is in the middle of a big deep-space maneuver, setting up next year's Earth flyby. 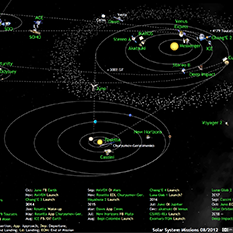 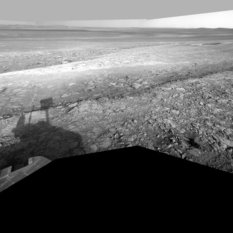 I know it’s been all Curiosity, all the time on this blog for the last couple of weeks, and that’s not likely to change much for the next couple of weeks. But I don’t want people to forget that there’s another rover exploring Mars’ ancient geology. Opportunity has been taking spectacular photos of Whim Creek and Endeavour Crater this last week.

Since you last visited, Opportunity has continued to drive downhill – well, what passes for ‘downhill’ on Cape York! – and is now not far at all from the northern edge of the Cape. From where she is now she sees the Meridiani desert stretching away to the north and west, the eastern hills on her right, and the Cape itself behind her. And around her? lots and lots of Homestake-like gypsum veins.