With Observations in Full Swing, Team Prepares to Remove "Sunglasses" from Telescope

Winter time is observing time at the Oak Ridge Observatory in Massachusetts, when humidity is low and the sky is often clear. And so it has been for the Optical SETI telescope, which opened its doors in April 2006.

Keeping an Ear to the Center of the Galaxy, Southern SETI Prepares for Great Leap Forward

Located in the southern part of the continent of South America, Southern SETI has a continuous view of densest star-fields in our galaxy. And, since 1990, it has been sponsored and supported by The Planetary Society.

In seven intense days spent at the radio telescope Chief scientist Dan Werthimer and his colleagues completely overhauled the way SETI data is gathered at Arecibo, and ensured that SETI@home will henceforth enjoy the benefits of gathering data with the most advanced equipment anywhere in the world.

Searching for E.T. and the Cure for Cancer:The Planetary Society Helps Trigger a Computing Revolution

Planetary Society members truly have helped pioneer new techniques in the conduct of science. Our initial investment has returned amazing results that will continue to deliver benefits over years to come. 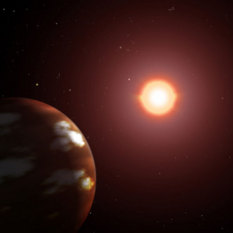 Almost since it was founded in 1980, The Planetary Society has been there for the search for other worlds.

Candidate signals sent in by users around the world will be quickly analyzed and compared to existing signals.

During April 2005, the Mars Global Surveyor happened to pass relatively close to Odyssey and Mars Express. What resulted were remarkably clear pictures of human-made spacecraft orbiting and alien world. 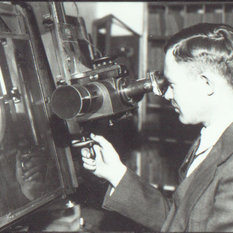 Pluto: The Discovery of a Planet

The Discovery of a Planet, Part 6: From Pluto to Sedna

74 years after Clyde Tombaugh discovered Pluto as a faint dot on a pair of photographic plates, a modern group of astronomers made another remarkable discovery. On March 15, 2004, Michael Brown of Caltech, Chad Trujillo of the Gemini Observatory, and David Rabinowitz of Yale announced the discovery of Sedna – the furthest object ever detected in the Solar System.

The Discovery of a Planet, Part 5: The Aftermath

The discovery of Planet X was announced to the world on March 13, 1930, which marked the anniversary of William Herschel’s discovery of Uranus in 1781 as well as Percival Lowell’s birthday. The observatory’s communiqué emphasized that the discovery was no coincidence, but the vindication of Lowell’s predictions made years before.