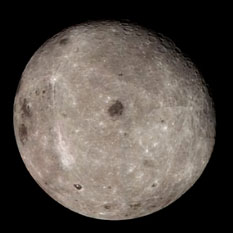 No Icecaps at the Lunar Poles

New observations reported this week in the journal Nature have cast doubt on the theory that thick deposits of ground ice lie conveniently close to the surface in permanently shadowed crater floors at the lunar poles. 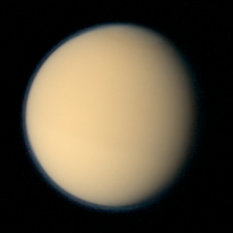 Recent radar observations of Saturn’s moon Titan have produced the first direct evidence that the second largest moon in the solar system may be hiding pools of liquid hydrocarbons underneath its smoggy atmosphere.

SETI@home and BOINC are gradually converging, and the benefits for both are substantial. While SETI@home enjoys the increased flexibility of the BOINC platform, it brings to BOINC something of inestimable value to a distributed computing project: millions of SETI@home users, willing to use their computers' processing power for the advancement of scientific research.

SETI@home chief scientist Dan Werthimer and his team went back to Arecibo to reobserve the most promising candidate signals detected by the project so far. Unlike most of the year, when SETI@home piggy-backs on the regular operations of the telescope, this time the Werthimer's crew had the full use of the resources of the giant dish. 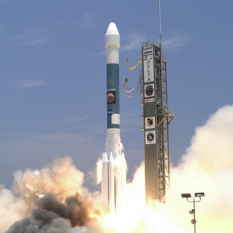 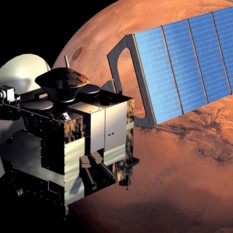 Scientists working on the European Space Agency's (ESA's) Mars Express detailed the mission's ambitious plan to study Mars from the top of its atmosphere to several kilometers beneath its surface, at a press conference in London, England last week. 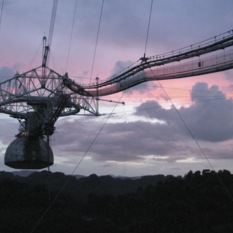 Reobservations Report No. 8: Beyond the Countdown: SETI@home Makes Plans for the Future

SETI@home's Stellar Countdown has come to an end at the Arecibo Radio Observatory. All in all the Stellar countdown observed 227 promising locations in the sky. Within the next few weeks all the data collected and recorded will be processed by SETI@home users around to world.

After getting bumped off the telescope last week to make way for Solar flare observations, SETI@home Chief Scientist Dan Werthimer and his crew will spend 14 hours today observing the locations of SETI@home's most promising candidate signals, as well as a few other interesting locations. 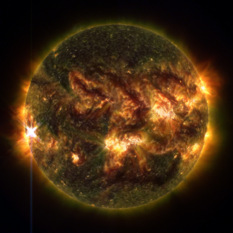 SETI@home's plans to reobserve its most promising candidate signals were interrupted today by the unexpected intervention of a Solar flare.