As SETI@home has demonstrated, untold millions around the world are ready and eager to donate their computer time for the advancement of knowledge and the benefit of humankind. The story of distributed computing is only just beginning.

No Longer Boring: 'Fireworks' and Other Surprises at Uranus Spotted Through Adaptive Optics

Uranus has the unfortunate reputation of being the most boring planet in the solar system. But where it appeared to be a nearly featureless, hazy blue ball to Voyager 2, it is now blooming dozens of clouds that are visible to the sharp-eyed Keck II Telescope. 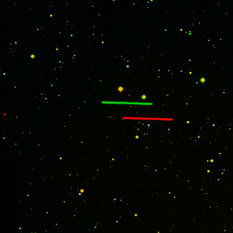 This morning, asteroid 4179 Toutatis was so close to Earth that simultaneous observations from two telescopes in the same country could show parallax that is obvious even to the least experienced observer. The two telescopes belong to The European Southern Observatory and are located at La Silla and Paranal in Chile 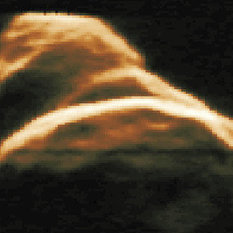 Very Close Approach by Asteroid 4179 Toutatis: It's Not a Crisis, It's an Opportunity

On Wednesday, September 29, Earth will dodge a cannonball: the Near-Earth Asteroid known as 4179 Toutatis will buzz by at a distance only four times the distance from the Earth to the Moon -- about one and a half million kilometers, or about a million miles. But, as the wisdom goes, "close" only counts in horseshoes and hand grenades; Toutatis' flyby will have no effect whatsoever on us.

Scientists from Different Fields Line Up to Join the BOINC Family

BOINC stands for the “Berkeley Online Infrastructure for Network Computing.” Its purpose is to spread the credo of distributed computing beyond SETI@home, by making it easy for researchers in all fields to launch their own projects, and tap into the enormous computing capacity of personal computers around the world.

Faster and more regular sky surveys, at an increased sensitivity and broader bandwidth, will push the boundaries of SETI to new and unexplored territories. 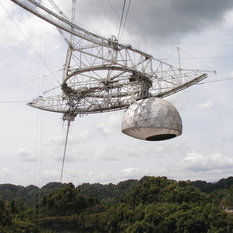 It has been more than a year since the SETI@home crew spent a hectic week at Arecibo, pointing the giant radio telescope at some of SETI's most promising targets. Much of the data collected during the reobservations has since been repackaged as work units, and sent out to users around the world for analysis. 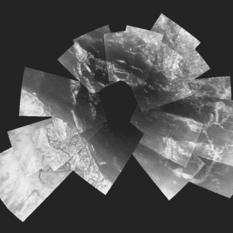 Titan: Arizona in an Icebox?

A week after Huygens' descent, the emerging picture of the surface of that smoggy world is of an arid, icy desert, where periodic storms of methane rain create transient rivers that wash sooty soil from icy highlands out to short-lived pools and lakes. The pools dry up -- perhaps sinking into a sandy soil of glass-like water ice -- and the Titanian desert waits for another methane storm.