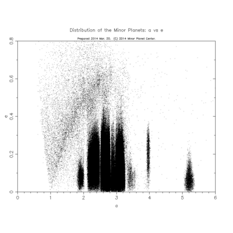 This is the first in a series of posts in which scientists share favorite planetary science plots. For my #FaveAstroPlot, I explain what you can see when you look at how asteroid orbit eccentricity and inclination vary with distance from the Sun.