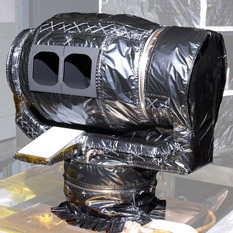 Two months after the start of Mars Reconnaissance Orbiter's primary science phase, the Mars Climate Sounder instrument has already acquired more than four million soundings, building toward a vast data set on the three-dimensional structure of Mars' atmosphere over the full Martian year of the orbiter's nominal mission.