In our third episode, we debate the risks and rewards of tying the future of a Europa mission to the fate of NASA's massive Space Launch System rocket. Also, NASA just announced that the next Mars rover will cost $2.4 billion—$900 million more than initially thought. But the mission is not considered over budget. Why not? Lastly, the U.S. just generated 50 grams of Plutonium-238, the largest amount in nearly thirty years. We celebrate the successful effort to create this critically important, though highly toxic, power source for deep space spacecraft. You’ll hear the fascinating history of why existing Pu-238 sources were running out, and how NASA overcame obstacles to restart production. 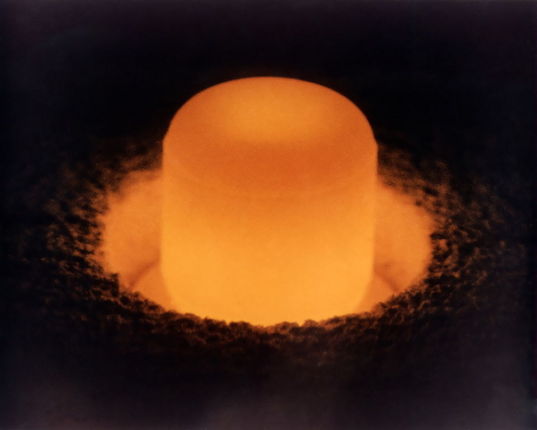 A new episode of Space Policy Edition will be posted on the first Friday of each month. Let us know what you think about our topics and our approach! Comment on this page or write to planetaryradio@planetary.org.

My one concern with the Europa mission being put in bed next to SLS is that the history of NASA exploring planets beyond Earth's orbit is littered with mission proposals that called for Saturn V rockets - Grand Tour/TOPS, the pre-Viking Mars heavy lander program (back when it had the Voyager name and assumed, pre-Mariner-4-flyby, that a substantial atmosphere existed to slow a lander), and even some only-on-the-drawing-board planetary defense contingency missions. All of these seemed to assume that Saturn Vs would be available, and would continue to be built. I guess my concern is in attaching too much hope to Europa helping guarantee the SLS' future, when those programs unfortunately didn't extend the life of the Saturn V.

I think SLS will happen because of its strong political support, it's a continuation of the shuttle jobs program. The very high cost is only an advantage politically, it means that more money is put in the pockets of established special interests. They work hard to increase costs even more. And technically it should be reliable because it builds upon the shuttle experience. Rationally, NASA should instead have bought the Russian Energia/Buran in the 1990s. Much better design than either the shuttle or SLS and much cheaper and flew once perfectly (Energia another time too without the shuttle). The boosters are still launching satellites as Zenit.

SLS can put 8 tons in Jupiter orbit after 2 years, or 25 tons in 4-5 years with a gravity assist from Earth, 22 minutes into the sound file in this telecon with Boeing, Orbital ATK and Rocketdyne. http://spirit.as.utexas.edu/~fiso/telecon/Sanders-Fuller-DaLee_8-3-16/ 25 tons! Each for the orbiter and the lander. Cassini had 2½ ton dry mass (and was launched with 3 tons fuel on top of that). Viking about the same, for both lander and orbiter. With 2x25 tons at Europa, like 20 Cassini-Huygens, one could land multiple rovers, drill deep and return samples to Earth. Maybe put a powerful ground penetrating radar with a megawatt solar array and an 8 meter mirror on the orbiter to get some good images too. And any scientific instruments anyone is interested in. Icy moons are important objects, there are about as many of them as there are planets. Unfortunately they seem to going for a normally sized flagship mission instead. I think that a great opportunity to make history is being wasted, as are the SLS rockets if they launch something which a Falcon 9 could've launched. SLS can only compete if it does what no other rocket can do.

These podcasts are always interesting and they illustrate the need for policy advocates who can educate and inform the politicians since they are the ones who make the decisions and control the budgets.