Here's What We've Learned So Far from LightSail 2

High above Earth, The Planetary Society's LightSail 2 spacecraft is still sailing on sunbeams. During the 5 months since LightSail 2 deployed its solar sail on 23 July 2019, the spacecraft has continued to demonstrate the first controlled solar-sailing flight in Earth orbit.

The LightSail 2 team is releasing a paper today that describes new results from the mission. Purdue University’s Justin Mansell is also presenting the results at the 30th Space Flight Mechanics Meeting in Orlando, Florida. The paper recaps mission events through late November, discusses the performance of the solar sail and attitude control system, and describes how the spacecraft's orbit has changed. 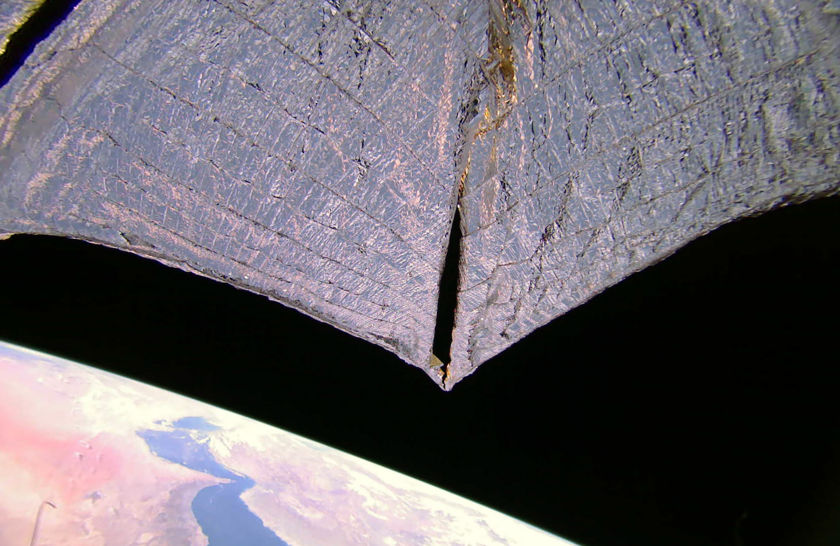 LightSail 2 near the Middle East

LightSail 2 captured this image of the Gulf of Oman and the Persian Gulf on 14 December 2019. The sail appears slightly curved due to the spacecraft's 185-degree fisheye camera lens. The image has been color corrected and some of the distortion has been removed.