Next stop: the Lunar Farside

China’s Chang’e-4 lunar mission, the first-ever soft-landing endeavor on the lunar farside, launched successfully on 8 December at 02:23 Beijing time (7 December at 18:23 UTC) via a Long March 3B rocket from Xichang Satellite Launch Center. The launch carried a lander and a rover toward the Moon. On 12 December at 8:45 Beijing time (16:45 UTC), the spacecraft arrived in lunar orbit, preparing for a landing in early January.

Four-day journey to the Moon

Canceling maneuvers leaves reserve fuel on the spacecraft for the landing phase.

During the Earth-Moon transfer phase, amateur radio astronomer Scott Tilley tracked Chang’e-4 several times. For example, he told us Chang’e-4 was about 366,000 kilometers away from Earth on 11 December at about 05:40 Beijing time (10 December at 21:40 UTC) and was on its expected orbit. (He is also keeping tabs on Chang'e-5 T1, still communicating with Earth from a stable lunar orbit.)

AOS of #ChangE4 for today just a few minutes ago as it rises above the forest here. At about 366000 Km distance her signal is getting weaker but she's still on track for her arrival in lunar orbit. GL CE4! pic.twitter.com/QdUW7x7ovO

Today, the China National Space Agency (CNSA) announced successful lunar orbit insertion via Xinhua news. The command for the braking maneuver burn was issued on 12 December at 16:39 Beijing time (08:39 UTC), and Chang’e-4 successfully inserted into lunar orbit with a perilune of about 100 kilometers at 16:45 (8:45 UTC).

Waiting for the morning

Now that Chang’e-4 has already entered lunar orbit, why is it waiting 20 more days to land? There are probably several reasons.

Engineers have work yet to do to prepare for landing. They will test instruments, test the relay link with Queqiao, and so on. They may need to adjust the orbit in order to better target the landing, which must be more precise on the rugged farside than Chang’e-3’s in the flat nearside maria.

You can check to see where it is day and night on the Moon easily at the Lunar Reconnaissance Orbiter QuickMap website. Open up the Layers tab, choose “Overlays,” and then tap the “Sunlit Region” button.

Here is the day and night region of lunar farside (left) and nearside (right) on 12 December at about 17:00 Beijing time (9:00 UTC). You can see that night is about to fall across the South Pole-Aiken Basin region, the target region of Chang’e-4’s landing.

The Sun will rise again around the New Year, so Chang’e-4 will probably land in the first few days of January 2019. The slow pace of sunrise and sunset will control the activity of Chang’e-4’s rover. Recall that the Chang’e-3 rover, Yutu, could not work at night due to the cold environment. It first roved onto the surface on 15 December 2013 and stopped on 24 December as the sun set. It resumed activity on 11 January 2014 when daytime returned.

The 180-kilometer-diameter crater Von Kármán (centered at 44.8°S 175.9°E) inside the South Pole-Aiken Basin seems to be the most likely landing site, although there seem to be other potential sites. But no matter where the exact location is, one thing is for sure: the topography of the landing site is much more rugged and complex than the flat Mare Imbrium, the landing site of Chang’e-3.

According to the reports on Chinese television, the landing of Chang’e-4 is much more challenging and risky than Chang’e-3 because of the difficult topography. The lander has to autonomously assess its altitude and velocity relative to the surface in order to land safely, which is why landing regions that are flat over a broad area are preferred.

Therefore, the landing strategy of Chang’e-4 will be a little different from Chang’e-3. Chang’e-4’s approach to landing will be much steeper, compared to the shallow landing trajectory of Chang’e-3.

Compared to launch and orbit insertion, landing will be the real challenge for Chang’e-4. Hope everything goes well! 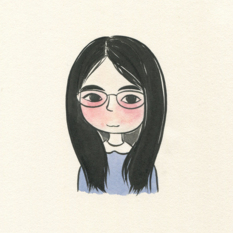