With all the excitement happening on missions criscrossing the solar system, I often forget to enjoy the views of our solar system that we can achieve from home. Amateur astronomers don't make the same mistake. Here's a lovely photo that Stuart Atkinson sent me, captured last night from Kendal, England. What makes this photo special? Wait and see... 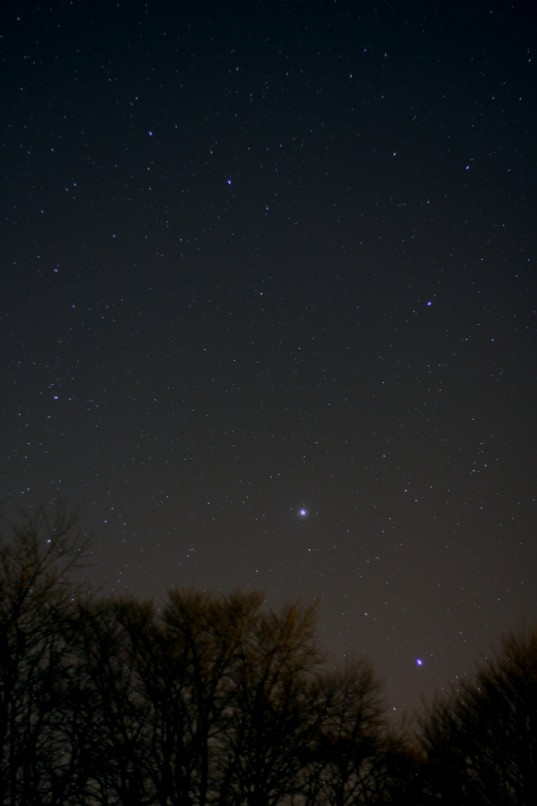 On March 11, 2014, Stuart Atkinson caught this view of three planetary wanderers in the sky over Kendal, Cumbria, England: Mars, Vesta, and Ceres.

The photo is actually a stack of five individual exposures, in order to make fainter lights more visible. There's one particularly bright light in the photo; that's a planet, Mars. But there are other planetary wanderers visible in the photo, too. Here, Stu has pointed them out for you: 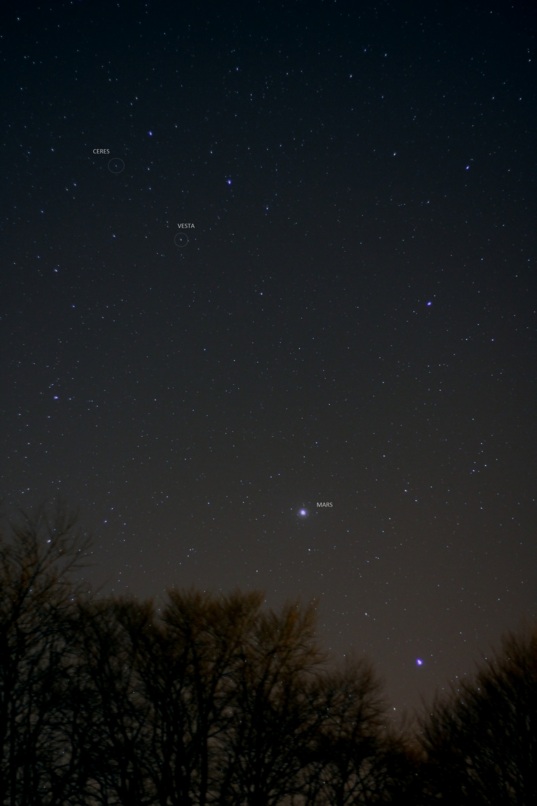 On March 11, 2014, Stuart Atkinson caught this view of three planetary wanderers in the sky over Kendal, Cumbria, England: Mars, Vesta, and Ceres.

Ceres and Vesta are more or less pacing each other around the Sun right now, a coincidence that has enabled the first-ever mission to orbit two different worlds. Dawn is in Stu's photo, too, far too faint to be seen, of course. It is somewhere along the arc of sky that connects Ceres and Vesta -- a bit closer, now, to Ceres, than to Vesta. All three are orbiting the Sun, but over the coming year Dawn will slowly close the distance that separates it from Ceres.

Where is Dawn now? You can check in on it at this website. Here's a diagram showing the relative positions of Earth, Mars, Vesta, Dawn, and Ceres, a short time before Stu took his pretty picture. 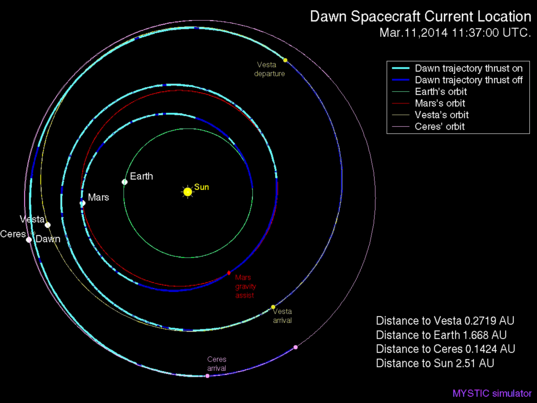