A Comet Breakup and a Planet Defined 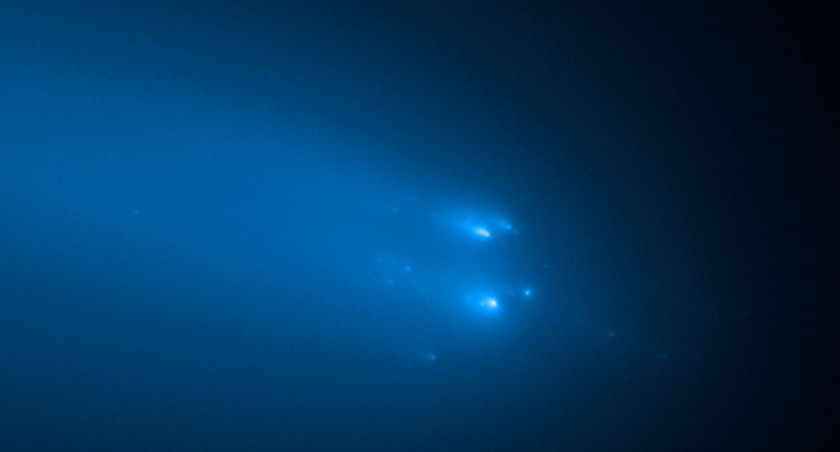 NASA’s Hubble Space Telescope captured this stunning image of comet C/2019 Y4 (ATLAS) breaking apart on 20 April 2020. The comet was discovered in December 2019 and brightened through March 2020, leading astronomers to guess it might become visible to the naked eye as it passed about 116 million kilometers (72 million miles) from Earth in May. Unfortunately, the comet’s icy core fragmented, all but ending hopes for a good show in the night sky.

A comet’s tail always points away from the Sun, no matter whether it's moving toward or away from the Sun. This is because the tail comes from dust and gas being blown away by the Sun's radiation pressure and solar wind. 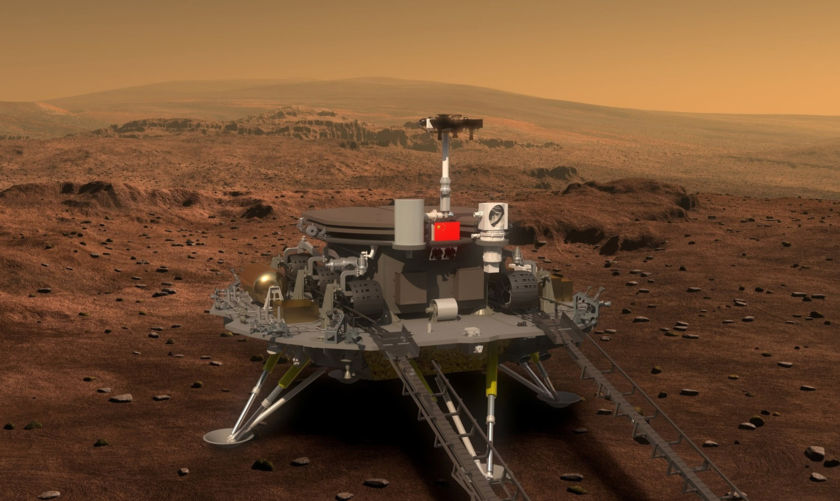 China has named its upcoming Mars mission (pictured above) Tianwen-1, which means "questions to heaven," or "questioning the heavens.” All Chinese interplanetary missions are expected to carry the Tianwen moniker going forward. Tianwen-1 consists of an orbiter and rover; among the rover’s science instruments is a radar that could detect pockets of water beneath the surface, which may contain life. Learn more about the mission at planetary.org/tianwen-1.

NASA has selected Blue Origin, Dynetics, and SpaceX to design spacecraft that will land astronauts on the Moon as early as 2024. All 3 companies will spend the next 10 months working with NASA to develop their landers before the agency picks which designs will receive funding for further development. The 3 vehicle concepts are diverse in their landing approaches, and would all initially rely on NASA’s Orion spacecraft to ferry astronauts between Earth and lunar orbit.

The European Space Agency’s JUpiter ICy moons Explorer spacecraft, JUICE, has arrived in Germany for final assembly. JUICE will spend 2020 getting science instruments, electronics, and other equipment installed before it ships to the Netherlands for testing. The spacecraft will launch in May 2022 on a mission to study Ganymede, Europa, and Callisto, all of which likely have subsurface water oceans.

NASA has named the small helicopter that will travel to Mars aboard its Perseverance rover “Ingenuity.” The name was suggested by an Alabama high school student. Perseverance launches in July and will arrive on Mars in February 2021. There, Perseverance will lower the helicopter to the surface and move 100 meters away. After engineers perform extensive system checks, Ingenuity will embark on a 30-day flight-test campaign to explore the rover’s surroundings.

A Russian Progress cargo spacecraft loaded with almost 3 tons of food, fuel, and supplies docked to the International Space Station. The vehicle will stay attached for more than 7 months, until astronauts load it with trash and send it into Earth’s atmosphere for destructive reentry. 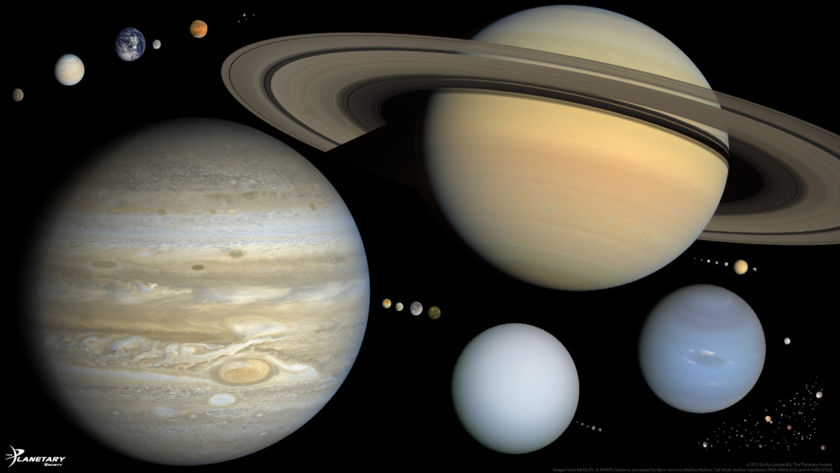 Global views of round worlds across the solar system taken by a dozen different spacecraft. The boundary between round and not-round occurs between around 400 and 600 kilometers' diameter, depending on the composition of the world. The trans-Neptunian objects in lower right corner are represented by artworks except for Pluto and Charon.

What is a planet, anyway? This seemingly simple question has a complex answer and has long been a subject of debate in the scientific community. Solar System Specialist Emily Lakdawalla takes you on a deep dive to understand what counts as a planet, what almost makes the cut, and why we care. We can promise you one thing: you’re going to come away from this wanting to explore every world that we know of, planet or not.

Venus is still putting on a spectacular show, shining bright in the early evening sky until well after dark. Mars, Jupiter, and Saturn are visible in the pre-dawn sky. Check out the waxing crescent moon through binoculars or a telescope to get a great view of its surface features.

A Blast from the Past 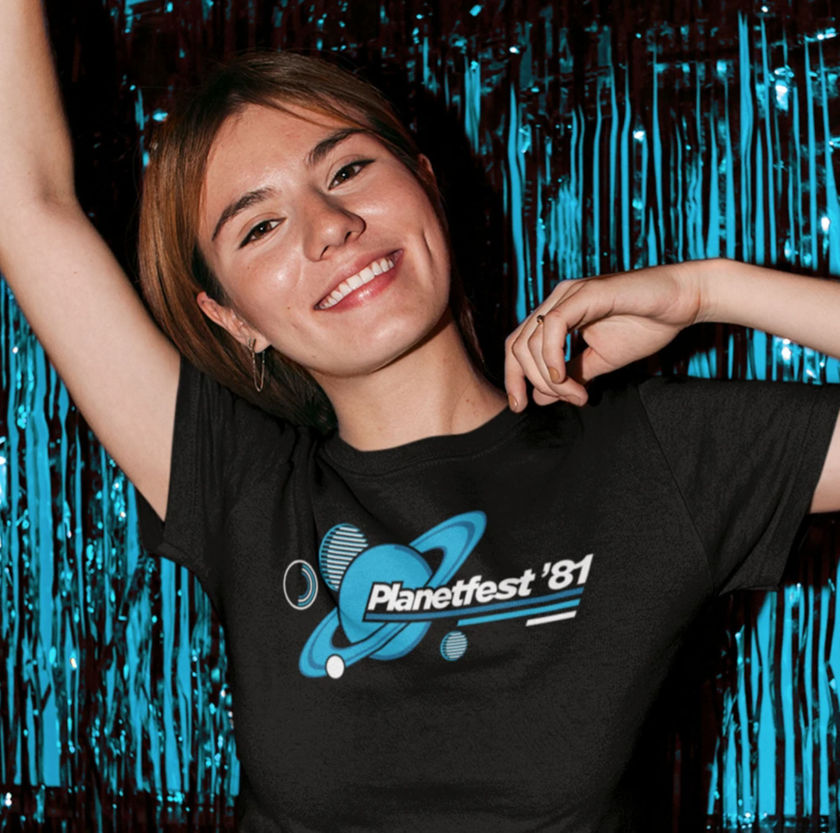 Show off your love of space with a retro flare with this vintage Planetary Society t-shirt design, based on the logo from our 1981 Planetfest event. Just 1 year into the Society’s existence, this epic celebration of all things space featured Carl Sagan, sci-fi author Ray Bradbury, and Star Trek creator Gene Roddenberry. Check out our online store for more great space stuff. Every purchase directly supports The Planetary Society and our mission to explore the cosmos. 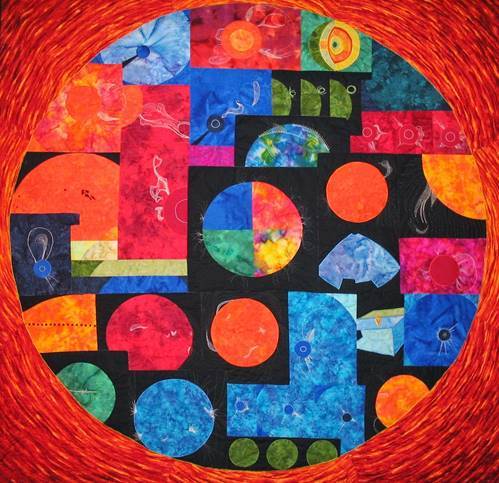 Uninterrupted View of the Sun

Planetary Society member Tyler Grusendorf sent us this quilted interpretation of the SOHO spacecraft's composite of solar images, created by his mother Terry, a professional quilter. It is titled “Uninterrupted View of the Sun.” Check out the original composite to see the stunning accuracy of Terry’s quilted rendition.

This week’s Wow comes from Planetary Society member Tyler Grusendorf. His mother Terry, a professional quilter, made this quilted interpretation of the SOHO spacecraft's composite of solar images, titled “Uninterrupted View of the Sun”. Check out the original composite to see the stunning accuracy of Terry’s quilted rendition.