Your Guide to Tianwen-1

Why do we need Tianwen-1?

Water doesn’t currently exist on Mars’ surface, but it used to. We know this from dramatic dry canyons and river channels seen from orbit, as well as minerals on the surface that only form in liquid water. About 4 billion years ago, something happened to Mars’ atmosphere, and most of the liquid water evaporated. But some of it may still be underground, safely shielded from harmful solar radiation that bombards the planet’s surface. Could those ancient pockets of water contain life? 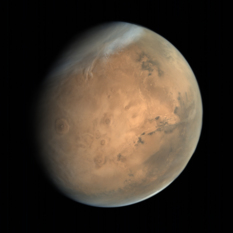 China’s Tianwen-1 mission will, among other things, search for these pockets of water using radar mounted on the rover. The European Space Agency’s Mars Express spacecraft found evidence for subsurface water using radar from orbit, but this will be the first time a rover has searched from the ground. (NASA’s Perseverance rover also has a radar instrument; it will launch and land on Mars at about the same time as Tianwen-1.)

Tianwen-1 will also give China valuable Mars experience and lay groundwork for a possible sample return mission planned for the end of the 2020s. Getting Martian samples back to Earth is a top priority for the scientific community. Despite the impressive advances made in placing miniature science instruments on spacecraft, only Earth-bound technology can date samples with absolute precision, reproduce scientific results, and verify the presence or absence of life in a sample.

How to pronounce Tianwen

Click here to listen to a pronunciation of Tianwen by Quanzhi Ye. Tianwen means "questions to heaven," or "questioning the heavens." All Chinese interplanetary missions are expected to carry the Tianwen moniker going forward.

As of 2020, only NASA has successfully landed and operated spacecraft on Mars. More countries exploring Mars and our solar system means more discoveries and opportunities for global collaboration. Space exploration brings out the best in us all. When more nations work together, everyone wins.

How Tianwen-1 will explore Mars

As China’s first Mars mission, Tianwen-1 is uniquely ambitious. No nation has ever attempted to send an orbiter and rover to Mars on the first try. Getting from space to the Martian surface is a unique challenge that China will be facing for the first time. Mars landings require heat shielding, thrusters, and supersonic parachutes—a teeth-gnashing experience that NASA has dubbed the “7 minutes of terror.” The landing platform and rover are expected to touch down on Utopia Planitia—the vast Martian plain where NASA’s Viking 2 spacecraft landed in the 1970s, and the site of a shipbuilding yard in the Star Trek universe.

Once on Mars, the Tianwen-1 landing platform will extend a ramp, allowing the rover to roll gently onto the surface—similar to the way China’s Chang’e Moon rovers are deployed. The rover can communicate with Earth directly, or with the Tianwen-1 orbiter, which can relay signals. The orbiter has its own set of science instruments for studying Mars, including a high-resolution camera that should produce stunning images.

The rover will have cameras, instruments for studying Mars’ climate and geology, and even an instrument to zap rocks and record the resulting chemical signatures—just like NASA’s Curiosity and Perseverance rovers. The rover radar works by shooting radio waves into the surface and measuring reflection times, allowing scientists on Earth to piece together a 3D map of what lies beneath.

China’s Yutu-2 rover used radar on the far side of the Moon to reveal 3 distinct layers extending 40 meters beneath the surface. Scientists tested a rover-sized radar in China’s Qaidim basin—a cold, desert region like Mars—and were able to detect underground water pockets of water. On Earth, these pockets can host thriving microbial communities, so detecting them on Mars would be an important step in our search for life on other worlds.

What you can do to support Tianwen-1

You can help us support the exploration of Mars and other worlds by sharing the passion, beauty, and joy of space exploration. Visit our Mars page to learn about The Planetary Society’s top priorities for Mars exploration.

This page was written by Planetary Society staff writers based on research provided by Andrew Jones. It is regularly updated.