Japan’s Hayabusa2 spacecraft, which has already returned some initial science from asteroid Ryugu, will soon try to collect a sample from the surface. Touchdown rehearsals are planned in September and October, with the first attempt expected in late October.

The original plan was for Hayabusa2 to collect multiple samples from several locations, to gather a broad range of materials. But it turns out Ryugu’s surface is fairly diverse to begin with, and since sampling is a risky procedure, the team is now focusing on a single location near the equator.

During the collection attempt, Hayabusa2 will drop one of five target markers, which the spacecraft will use as a reference point to hold steady as it moves in to touch Ryugu. These target markers should be of particular interest to people who participated in The Planetary Society's 2013 campaign to collect names and messages for the mission—as well as a similar campaign by JAXA called the Little Prince. That's because each marker carries every submitted name, including a 2013 Planetary Society member roster. The Planetary Society frequently sends names on spacecraft through its Messages from Earth campaign.

So how are the names stored, and how do the target markers work? We recently got an update from Hayabusa2 mission manager Makoto Yoshikawa.

The vertical velocity is measured with laser ranging. But to determine its horizontal velocity, Hayabusa2 needs to watch a fixed point on the surface. That's what the target markers are for. The target markers look like baseballs covered with gridded, reflective cloths, and they have little rods poking out. Like bean bags, they are filled with grainy particles, so that when Hayabusa2 drops one onto the surface, it won’t bounce. 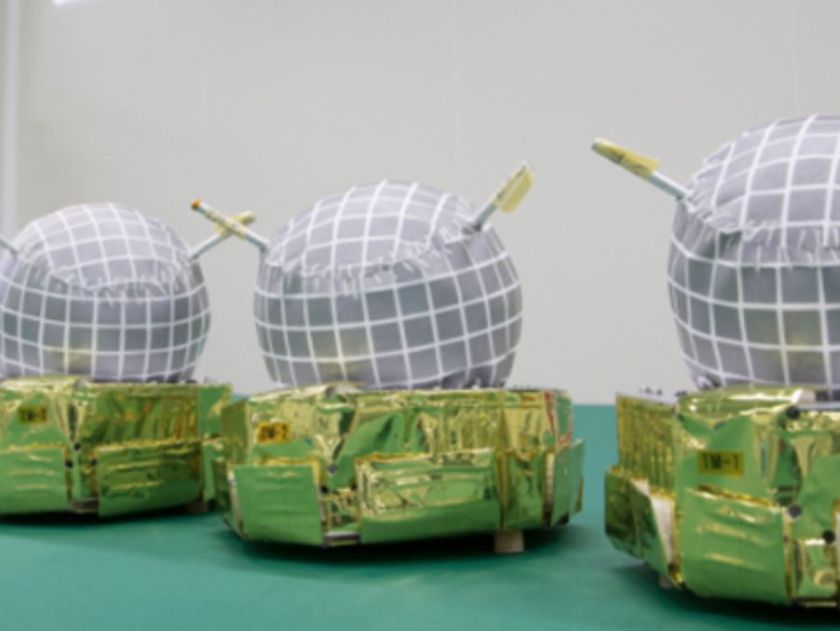 A light onboard Hayabusa2 will illuminate the marker, which will be imaged by one of the spacecraft's wide-angle optical navigation cameras. Hayabusa2 will compare those images to determine whether it has any horizontal velocity, and feed the results into the spacecraft’s guidance system. The guidance system uses chemical rockets to cancel out all horizontal momentum for the moment of touchdown.

So where, exactly, are the names? They're under the cloth! Each target marker has two strips of special film wrapped around it, and those films are divided into squared-off sections of tiny, etched names. Like the outer cloth, the films get wrapped around the target markers like cowhide on a baseball. 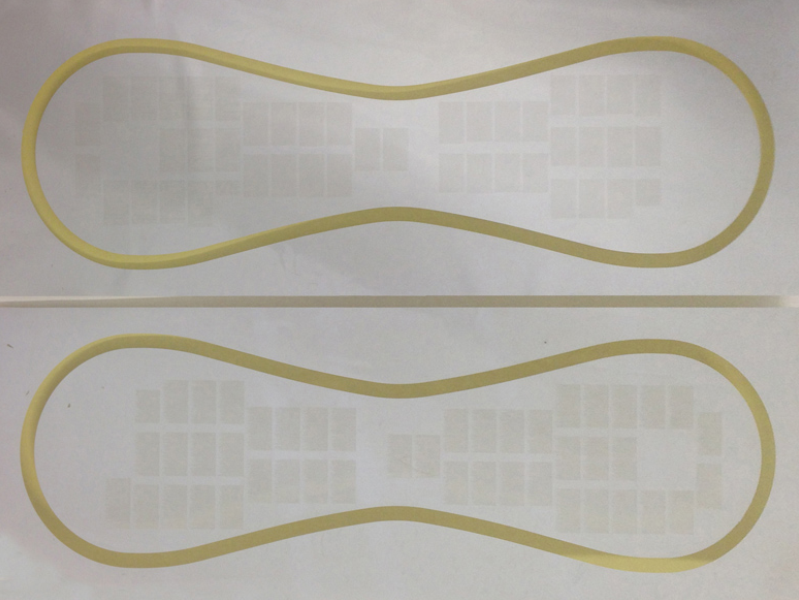 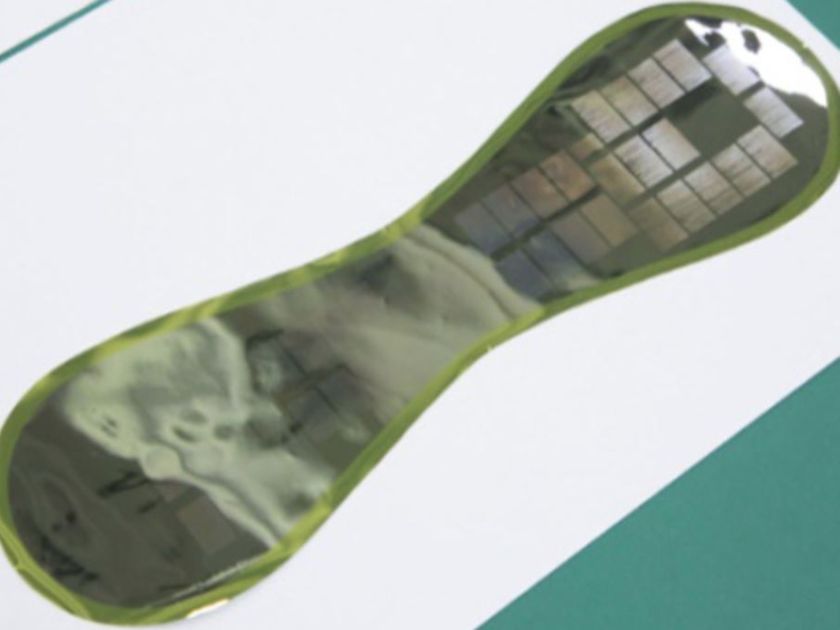 A single Hayabusa2 name film. Each target marker has two films, and together they comprise a complete copy of submitted names and a 2013 Planetary Society member roster. 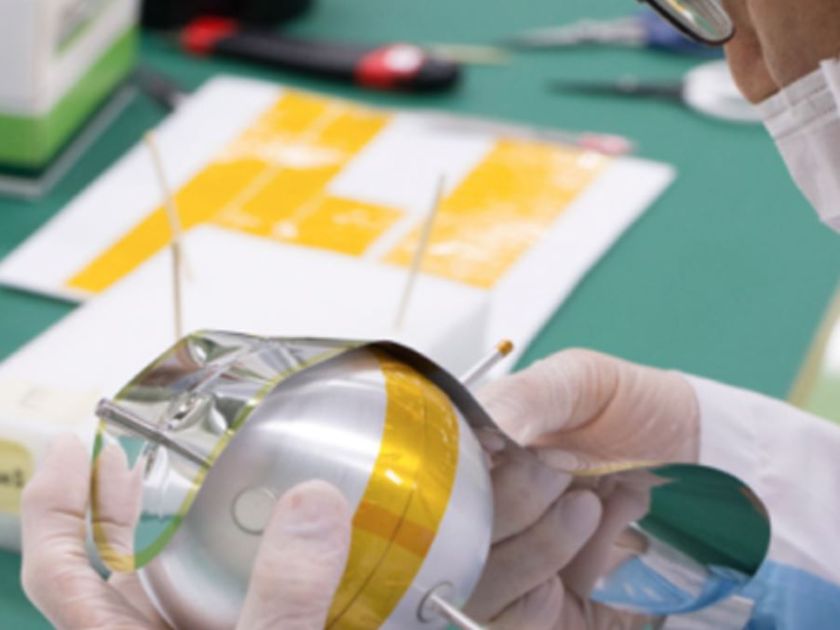 A technician attaches a single name film to a Hayabusa2 target marker. 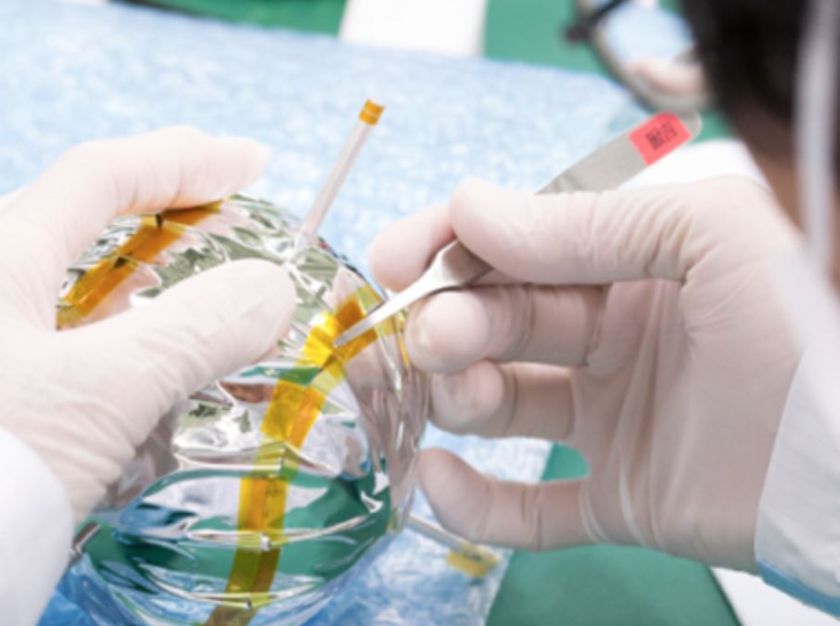 Two name films cover each target marker like the cowhide on a baseball. An outer, reflective cloth layer is added on top of the films.

But wait, there's more! The target markers only contain names. If you submitted a message, it's stored on two tiny chips, which actually appear to be simple MicroSD cards! 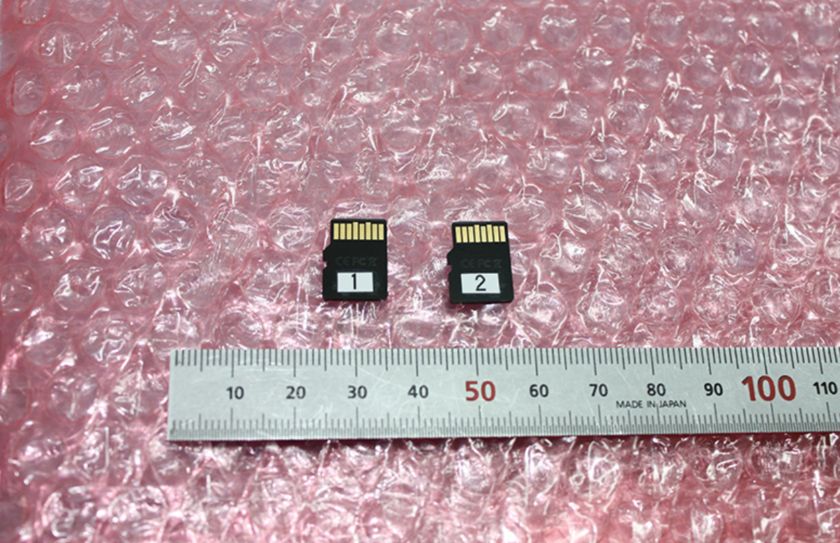 Those chips are tucked away inside the return capsule that will plummet back to Earth in 2020, carrying precious samples from Ryugu. 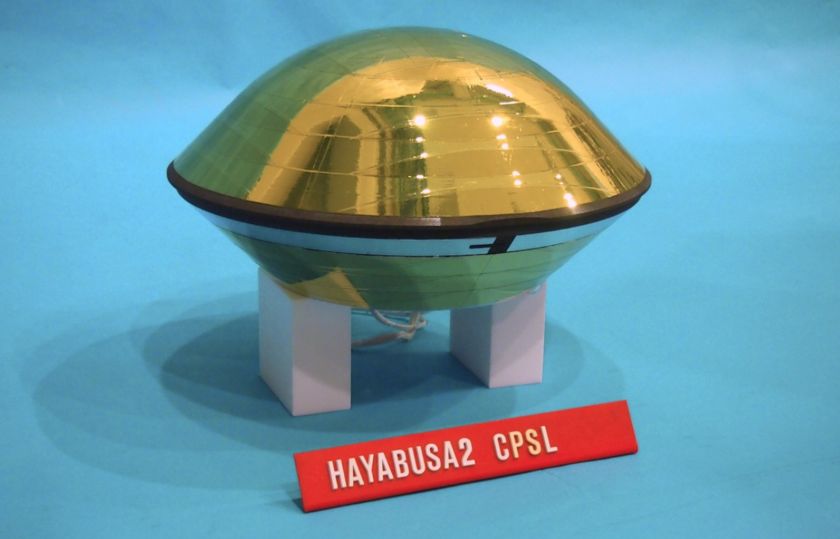