As Earth's northern hemisphere passes through summer solstice, the news cycle tends to slow down. Schools close, people go on vacation, and things usually get a little quieter.

LightSail 2 spent most of its summer in storage, at both Cal Poly San Luis Obispo and Ecliptic Enterprises Corporation in Pasadena. Following a pre-ship review in March, The Planetary Society's solar sailing CubeSat has been waiting for its shipping schedule to firm up.

Project engineers did take the spacecraft out for a brief vacation—albeit a working one. Last month, LightSail 2 went back to UCLA for another magnetometer calibration test to ensure it will be able to orient itself properly as it sails around the Earth.

The summer also brought news of a mission operations change for LightSail's partner spacecraft, Prox-1. Furthermore, the Air Force updated LightSail’s launch date to no earlier than April 30, 2018, as SpaceX continues preparing its Falcon Heavy rocket for an inaugural flight. 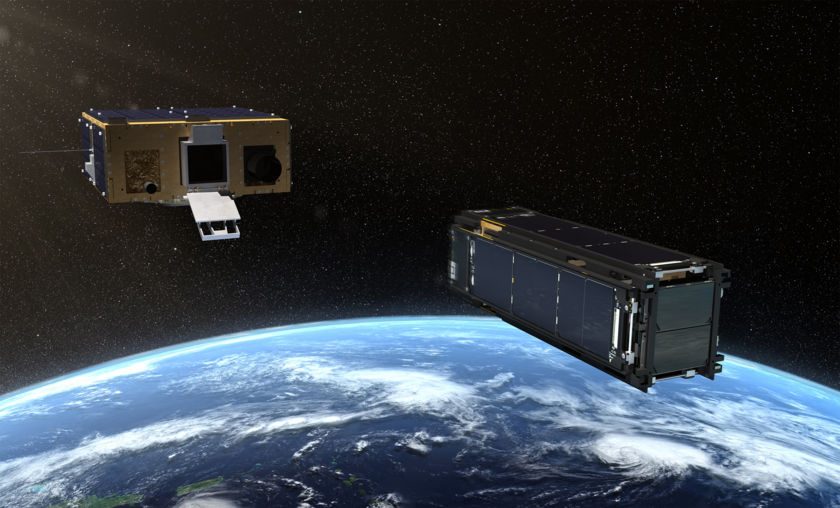 LightSail orients itself in space using a set of electromagnetic torque rods that push against Earth's natural magnetic field. The spacecraft reads the strength and direction of that field—which varies around the world—using magnetometers mounted at the end of each deployable solar panel.

Those magnetometers are factory-calibrated, but a spacecraft’s electronics also generate magnetic fields. Therefore, the magnetometers must be calibrated again after installation.

When LightSail's solar panels are closed, the magnetometers sit right next to the spacecraft’s solar sail deployment motor. The motor spindle has six magnets attached to it, and every time the motor spins, the magnets end up in a slightly different position

After LightSail's final boom deployment test, during which the motor spun for the final time before solar sail deployment in space, the spacecraft went back to UCLA for a final magnetometer calibration.

"We don't have a way of precisely stopping the motor in the same position every time," said Alex Diaz, a LightSail engineer at Ecliptic Enterprises Corporation. "So, being that we aren't going to move the motor any more, we went ahead and did a calibration."

Prox-1 is a Georgia Tech student-built SmallSat sponsored by the Air Force's University Nanosat Program, or UNP. LightSail 2 and Prox-1 are booked as secondary payloads on the Air Force’s STP-2 mission, which will launch on a SpaceX Falcon Heavy rocket.

Prox-1's original mission plan was to deploy LightSail 2, track it down, and image it during solar sail deployment.

In Albuquerque, the UNP and Prox-1 teams conducted a review of the spacecraft, and determined that while the hardware needed for the mission was fully integrated, the flight software required further development.

"After discussions between the Air Force and Nanosat program, the two programs decided to scale back some of Prox-1 mission objectives," said Dave Spencer, LightSail 2’s project manager. 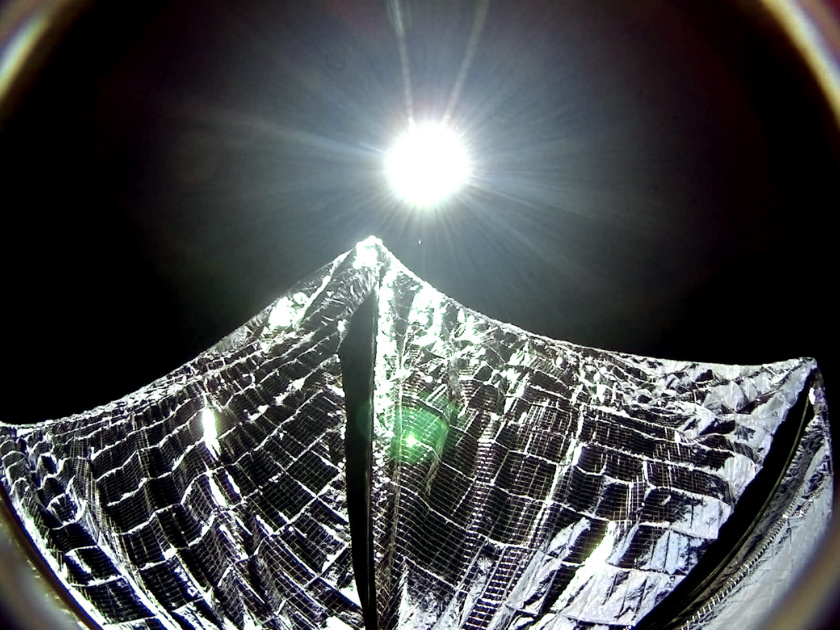 Prox-1 and LightSail 2 remain on the STP-2 mission manifest, which will launch aboard either the second or third Falcon Heavy flight. The first flight, a demonstration mission, is expected later this year. After that, SpaceX may launch Arabsat 6A, a Saudi communications satellite, before launching STP-2.

No matter the launch order, the STP-2 mission will occur no earlier than April 30, 2018, according to Air Force officials.

The timing of the demo flight partially depends on how quickly SpaceX is able to prepare its launch infrastructure.

"We're waiting for pad 40 to get back up and running, which should happen later this summer," said SpaceX president Gwynne Shotwell, speaking on the Space Show in June. Space Launch Complex 40 was damaged in a pad explosion in 2016, and since then, the company has launched all of its missions from Kennedy Space Center's pad 39A.

Shotwell said all Falcon 9 single core launches will be moved back to pad 40, allowing the company to prepare pad 39A for the Falcon Heavy.

"There's a lot of risk associated with Falcon Heavy," said SpaceX CEO Elon Musk, speaking at the International Space Station Research and Development Conference this Wednesday. Musk also said there was a "real good chance" the demo flight wouldn't make it to orbit.

"I want to make sure to set expectations accordingly. I hope it makes it far enough away from the pad that it does not cause pad damage," he said. "I would consider even that a win."

As for the Falcon Heavy vehicle itself, two of the rocket's three cores have been tested and shipped to Cape Canaveral.

In May, a center core was tested, followed by a side booster that was recovered during the Thaicom 8 mission. If the demo flight is successful, SpaceX plans to return the two side boosters to land, and recover the center core on its ocean-going drone ship.

Hmmm. "There's a lot of risk associated with Falcon Heavy," I sure hope LightSail 2 isn't hitching a ride on a Wile E Coyote rocket. :)

Hi Jason; Thanks for the informative and interesting article about Light Sail-2. Although I would also like to see more development of nuclear powered rockets including nuclear fission electric ones now to be able to get humans more easily to Mars or other planets, I certainly also support the development of solar sailing or light sailing for robotic missions especially. I am also glad that the Planetary Society is able to carry out another solar sailing mission with its own resources including from its members. However there were two news items in your report that were quite disappointing to me and perhaps other of the Planetary Society members. One is of course the further delay of the launch of Light Sail-2 and Prox-1 due to further delays of the Space X Falcon Heavy rocket. I really hope they can have the demo flight around this September like Elon Musk has still been saying and as it is still listed for on the launch schedule at the space flight now web site. Jason, do you have any more definite word from Elon Musk and SpaceX whether Space X will definitely have their demo flight then as so far they have been holding to that time and it is now not far away but they have had quite a few delays before. I hope they can have the demo flight then and that it would be successful and that it would pave the way for commercial flights. Unfortunately they did delay the US military Falcon Heavy flight with Light-Sail-2 to around March or April next year. I hope there will be no further delay. The other point that disappointed me was that the Prox-1 would not be used to take any illustrations of the orientation of Light Sail 2 for solar sailing such as unfurling its solar sails or the beginning of its solar sailing. That video clip by Josh Spadling in both the video and the music and the words is quite inspiring and I am still hoping he or someone else who is capable can produce a new one for Light Sail 2 and Prox 1 and that the Planetary Society can get actual video.