The photos shot by astronauts walking on the moon during the Apollo missions are timeless. A typical image set contains stunning vistas of a barren world scattered with alien hardware from Earth. Most surface shots were captured using handheld, 70 millimeter Hasselblad cameras. A few, however, were taken with an odd device resembling a cane stuck to an oversized coffee dispenser: the Apollo Lunar Surface Closeup Camera, or ALSCC.

The ALSCC only flew on Apollos 11, 12 and 14. It was designed to capture close-up, stereoscopic images that could be used by scientists to learn how regolith and small rocks settle on the surface. The camera itself contained two lenses and was mounted to a small pole with a trigger handle on the end. To use the ALSCC, an astronaut simply plopped it down over an area of interest and pulled the trigger. A small flash fired, capturing two, offset images measuring nine square inches each. 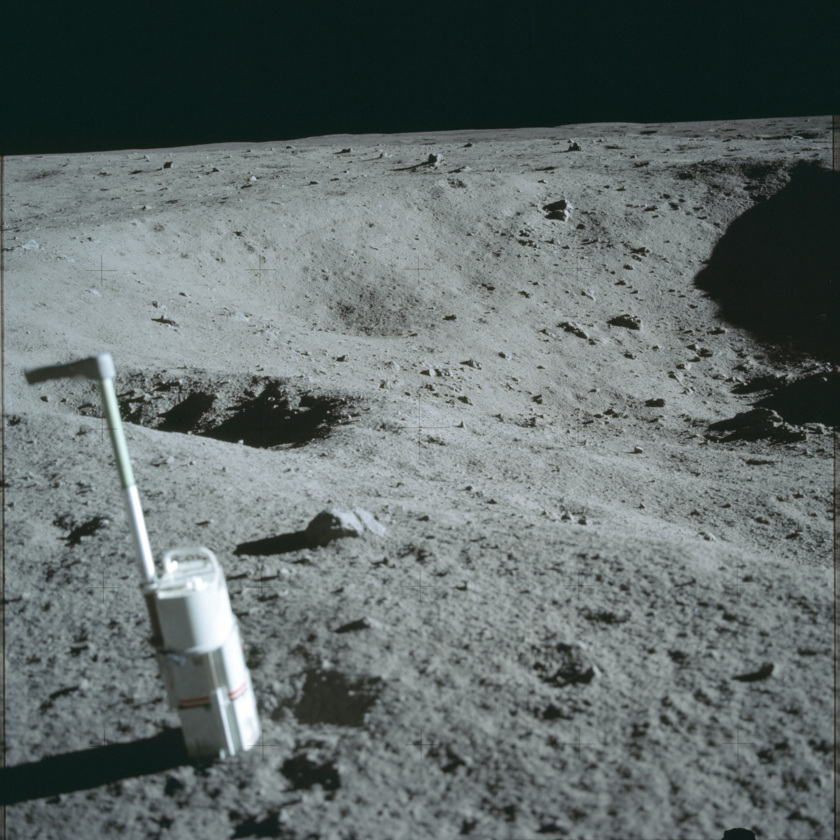 The Apollo Lunar Surface Closeup Camera (ALSCC) sits on the lunar surface near a rock-strewn crater during the Apollo 11 moonwalk.

Because the resulting images are stereoscopic, they can be plugged into a red-cyan anaglyph generator. Viewing the result through standard 3D glasses gives you an idea of how it would look to crouch on the lunar surface with your spacesuit faceplate to the soil. The following anaglyphs were created using images indexed in the Lunar and Planetary Institute's Apollo Image Atlas. 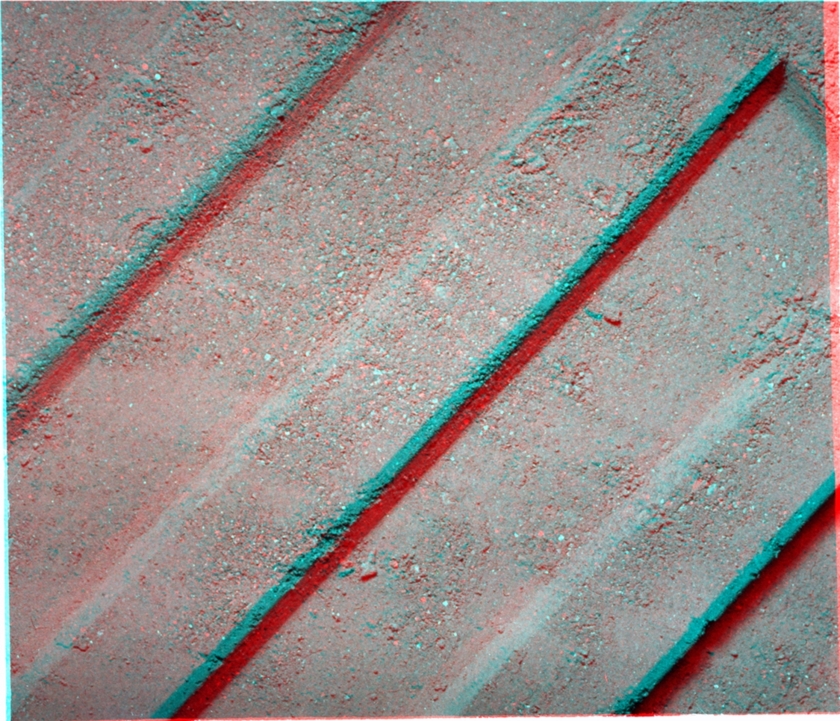 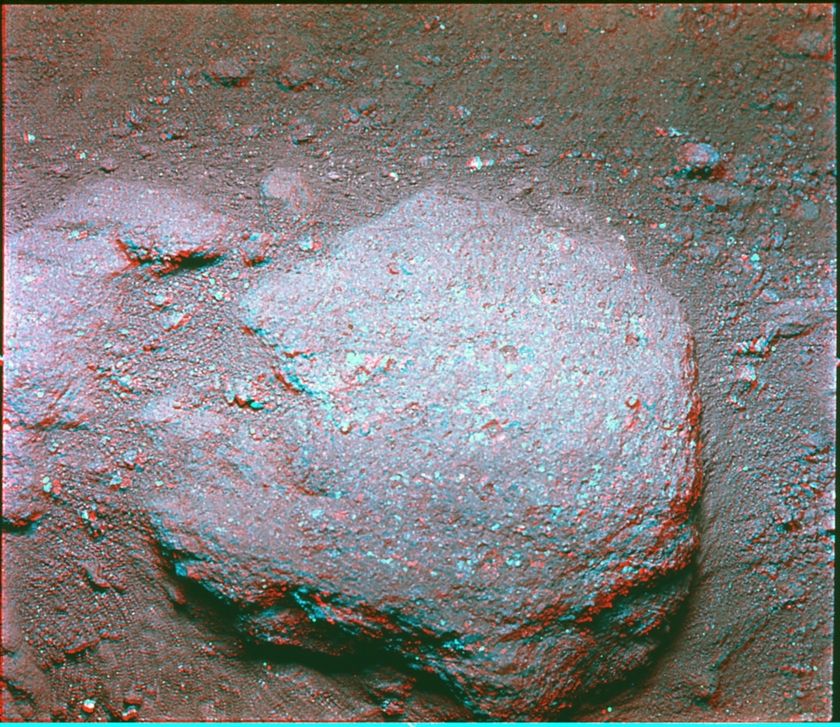 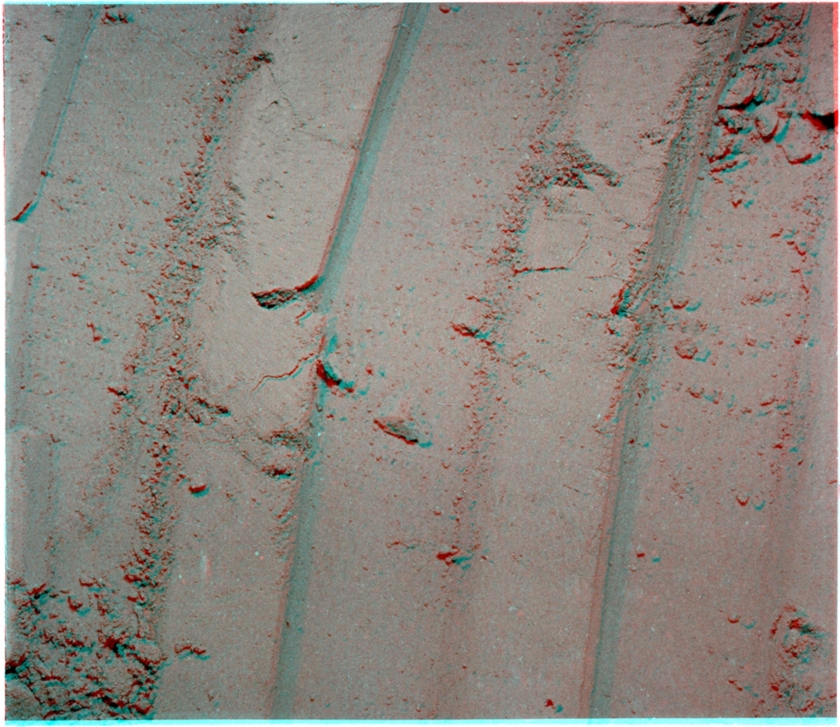 Catalog description: Astronaut bootprint; Taken at at a location midway between the LM and Station A. 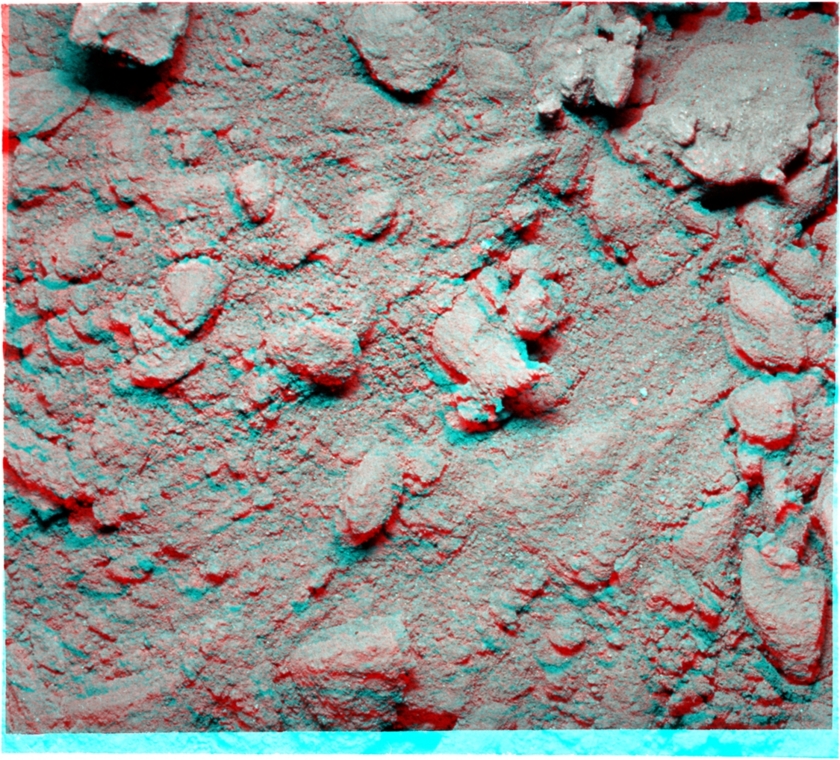 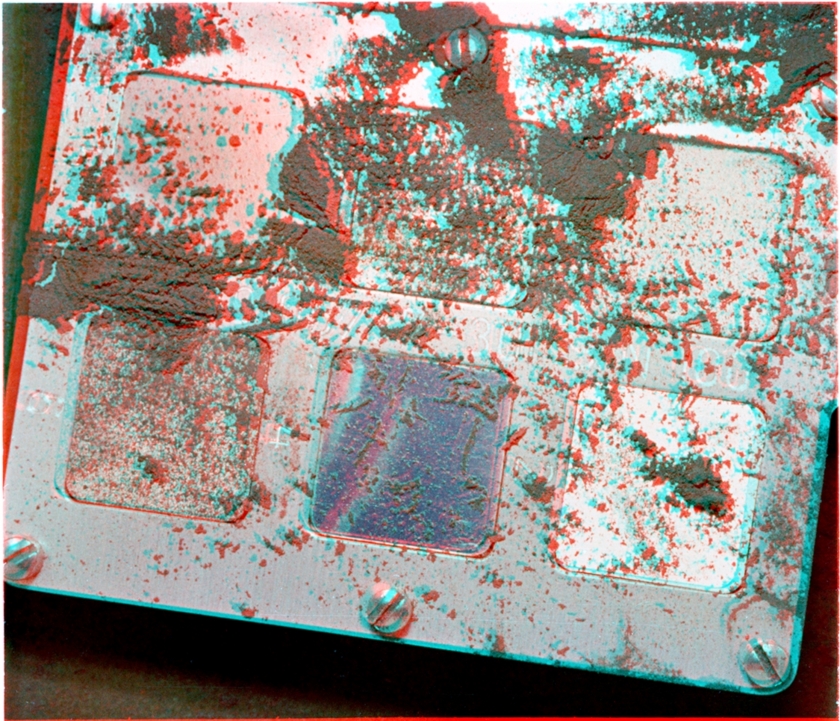 Catalog description: Thermal Degradation Sample; Taken in the vicinity of Station A.

These photos show some interesting soil characteristics. That was a nice selection you picked Jason. Thanks.