The Solar System According to Carolyn Porco 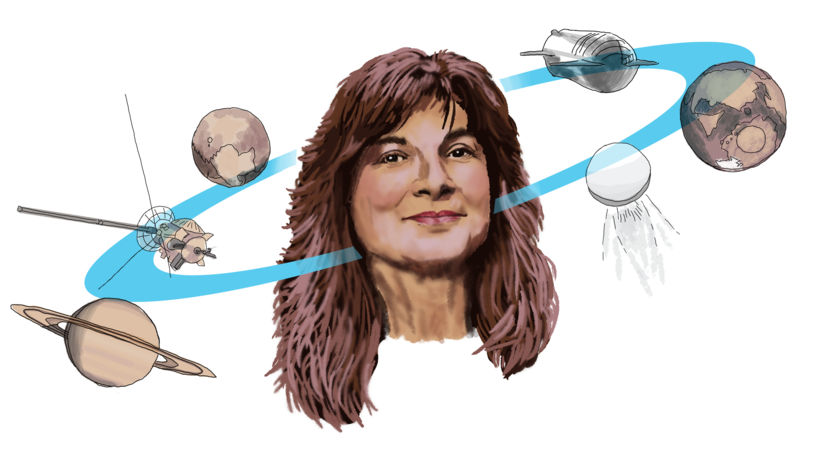 There aren't many people who have been more influential in bringing us pretty pictures of the planets, and the scientific insights that come from them, than Carolyn Porco. She was on the imaging team for Voyager, helping to calculate the camera exposure times that brought us our only up-close looks at the rings of Uranus and Neptune. Then, as the leader of the Cassini imaging team, she was responsible for bringing us 13 years of amazing pictures of Saturn. In 2012 she was named one of TIME's 25 Most Influential People in Space.

Porco stopped by our office recently to record an extended Planetary Radio interview with host Mat Kaplan. Their wide-ranging conversation covered the pale blue dots from both Voyager and Cassini, life on Enceladus, terraforming Mars, Pluto, and Carl Sagan. Below is a condensed version of their conversation, edited for clarity and brevity. You can also learn more about Porco by visiting her website.