On October 17-19, 2014, the Lunar and Planetary Laboratory on the University of Arizona campus hosted the second annual Art of Planetary Science exhibition. I have always viewed scientific endeavors as having an artistic component. Through our work, scientists seek to understand the nature of our Universe and the laws that govern its evolution. We strive to describe natural processes in the most precise language possible – that of mathematics. However, creating scientific knowledge also requires thought, creativity, attention to detail, and imagination. It is not unlike creating art, though the methods may vary. By organizing this exhibit – the graduate students of LPL invited the public to take a new look at this work through an artist’s eyes. 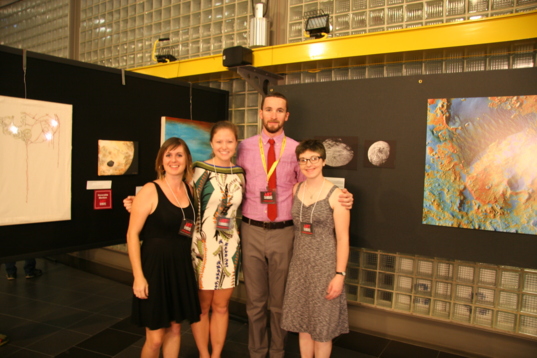 This exhibition featured works of art inspired by the solar system, alongside works by scientists created from their scientific data. The hope is that this annual event will bridge the gap between the local science and art communities, and even extend beyond Tucson. Scientists and artists from all over were encouraged to participate. This year more than 200 works from 84 artists and scientists were on display. 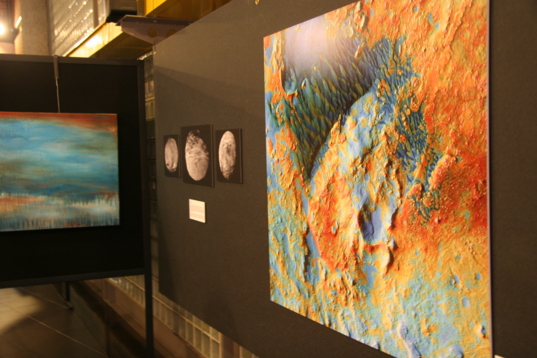 Planetary landscapes reveal the stark beauty in the solar system. 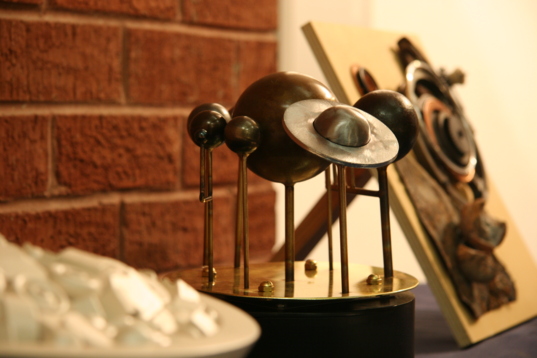 Many types of art were on display including: images, paintings, photography, sculptures, poetry, animations, films, and mixed media.

The work that can result from collaborations between art and science always impresses me. I was inspired by this event to put together some artistic images based on data collected by Kelly Miller, one of my graduate students. Kelly is working on a fascinating meteorite and has collected chemical data to understand the early history of the solar system recorded in this sample. I combined, modified, and spliced the data to create some colorful graphics for the exhibit. 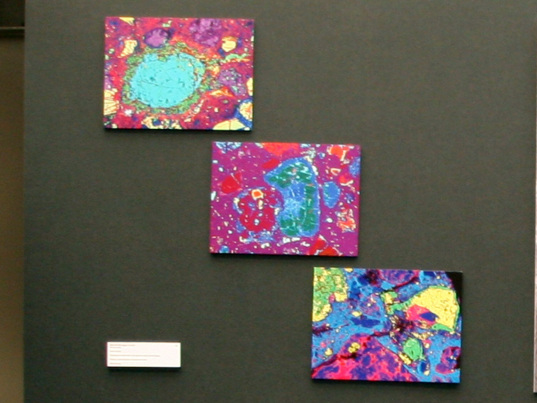 The award of Best in Show went to UA visiting artist Cui Jing. This artist presented a spectrum of daytime photos of sheets of white paper, placed in the open air of Tucson and Hangzhow, China. In addition to providing a striking color palette, the work revealed a stark difference in the environment of the two cities. 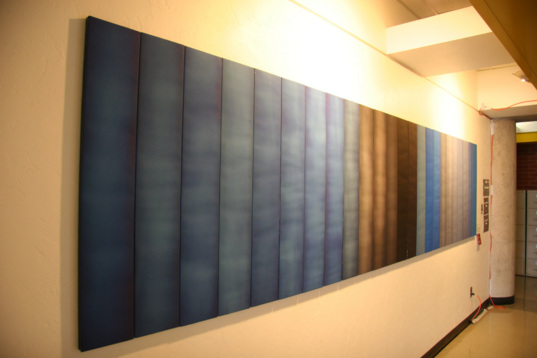 Winners and selected works will be featured at Craft Tucson and Tucson Museum of Art’s Art on Tap: Art, Beer and Music Fest, December 6th. They will also be featured at the Division for Planetary Sciences (of the American Astronomical Society) 2014 Annual Meeting in Tucson from November 9-14th, a scientific conference attended by planetary scientists from all over the world.

These events are not the first time that the Lunar and Planetary Laboratory has reached out to the artistic community. Prior to hosting the OSIRIS-REx mission, the Michael J. Drake building served as the Science Operations Center for the Phoenix Mars Lander mission. As the Phoenix team was preparing to launch the spacecraft towards Mars, Peter Smith, the Phoenix Principal Investigator, reached out to UA Professor Albert Quiroz to create a mural for the south wall of the building. UA art students in Quiroz’s 2006 fall semester mural painting class designed and painted the mural, which still graces the building today. The mural depicts the mythological god of war from which Mars gets its name, the lander and many other Mars-related elements.

Mural on the south wall of the Michael J. Drake building

The mural on the south wall of the Michael J. Drake building provides the public some insight into the work that goes on inside.

Inspired by this amazing work of art, I also took the initiative to reach out to Professor Quiroz. The west wall of the Drake building is now undergoing a transformation into another public work of art. This time the inspiration is OSIRIS-REx. To kick off the process, I gave the students a lecture on the mission objectives, as well as the mythological inspiration for the name of the mission and the target asteroid. The students spent the first part of the semester iterating their design and received final approval last month. They are now busy painting the building. I really enjoy seeing the progress they make every day. The mural will be complete by the end of the semester. Stay tuned to see how this great new work of art turns out! 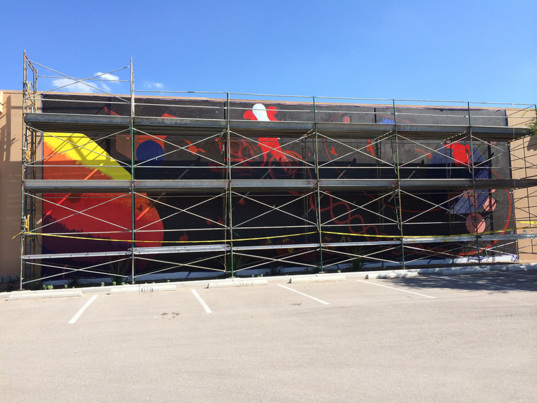 UA fine art students are busy at work on the next piece of planetary science-inspired public art! 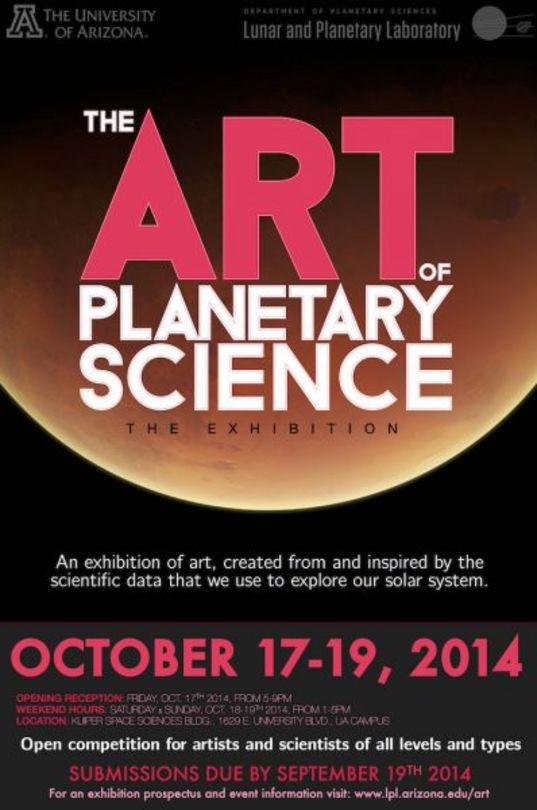 The Art of Planetary Science is an annual event to celebrate the intersection of art and science in Tucson.