While spacecraft dispersed throughout the solar system return astounding scientific data, ground-based telescopes still provide crucial observational insights about objects large and small. For the small bodies in our solar system—asteroids, comets, Trojans, centaurs, trans-Neptunian objects—ground-based telescopes enable planetary astronomers to discover and characterize these objects, leading to an improved understanding of the formation, evolution, and properties of our solar system.

Thus it is with great anticipation that the small body community awaits the Large Synoptic Survey Telescope, or LSST. (Congress is considering renaming it the Vera Rubin Survey Telescope; it is primarily funded by the National Science Foundation.) One of LSST's four major goals is to "inventory the solar system." You may think astronomers have already done that, because they have found about 800,000 objects already.  Actually, we’ve hardly started.

A rendering of the Large Synoptic Survey Telescope (LSTT) in Cerro Pachon in northern Chile.

How can LSST do so much? It is an 8-meter telescope located at the astronomically excellent Cerro Pachón mountaintop in Chile, allowing it to detect faint objects quickly. It has an enormous field of view of 10 square degrees, equivalent to a circle with a diameter 7 times wider than the full Moon. This means that it can find objects fainter than basically any other all-sky survey, and do it repeatedly. Although the final observing strategy is still being optimized, LSST will image the entire night sky every few days, basically taking a high-precision 6-terapixel (about 6 million megapixel) "movie" of the night sky. Small solar system bodies move relative to background stars due to the parallax caused by the Earth's motion and their own heliocentric motion. Sophisticated algorithms can string together individual observations of these moving objects into orbital trajectories.

LSST will do more than discover and track small bodies. The observations will commonly be precise enough to detect brightness variations that are evidence of the body’s rotation speed. Using different-colored filters, LSST will measure the colors of these objects, which is indicative of composition and weathering.

And that's just the beginning. Solar system scientists will be able to use LSST for a wide variety of interesting science cases. We’ll be able to discover comets earlier and track them for longer. We’ll detect directly whether some Kuiper belt objects have companions, likely discovering hundreds of new binaries. We’ll spot asteroids that erupt into comet-like activity, and see the activity change over time. We’ll discover more groups of small objects, called “families,” that are evidence of collisional disruptions of larger bodies. We’ll catch new collisions as they happen by the dust clouds that form and dissipate. We’ll discover new objects that can be explored by robots and even humans. Sometimes small bodies will get close enough to each other that their mutual gravitational pull can be detected, allowing for mass measurements unlike ever before. There will be enormous increases in the number of objects where the full shape and spin orientation can be inferred. The list goes on and on.

Each future discovery is exciting, but scientists are also excited about what we can do with the aggregate data, with the sheer number of new discoveries that we expect. The number of near-Earth objects, for example, will go up from about 20,000 currently known to 100,000. We know of 800,000 asteroids; with LSST, we should discover 5 million more.  Known trans-Neptunian objects will increase from a few thousand to about 40,000 (the LSST’s unique ability to repeatedly image the faintest objects will really help in the distant reaches of the solar system). It's also likely that we'll discover many more interstellar small bodies like `Oumuamua, though we have no idea how many there will be. Brightness and position measurements of the majority of these objects will be repeated hundreds of times with unprecedented precision.

Detecting so many objects with a single telescope is also a huge boon for inferring what's really out there. As an example, consider the hypothesis that an undiscovered planet-sized world lurks far beyond Neptune. The “Planet 9” or “Planet X” hypothesis is based on the observation that highly distant objects (like Sedna) have a preferred orbital direction. The community is still somewhat skeptical on recent results that this preferred direction is real as opposed to simply an artifact of biases in our observations. With a single mega-survey like LSST, not only will we discover many more very distant objects, we will know exactly where we looked allowing us to very confidently say whether the grouping predicted by the Planet 9 hypothesis is real or not. In addition, such distant planets could also be discovered directly by LSST, though it is not as efficient as already existing surveys.

The sheer volume of LSST data can be likened to a tsunami. LSST will produce about 60 petabytes (60 million gigabytes) of information over the course of the 10-year survey. LSST results will require entirely new computational methods to maximize its scientific bounty. To help astronomers cope, the LSST complex will include an onsite supercomputer. Rather than working with the data in our own labs, we will take our analysis codes to the data, a new mode of operations for most of us.

Although three years remain until the survey begins, the time to prepare for the data tsunami is now. Planetary scientists have been involved in the planning stages for over a decade and we are now well organized into the LSST Solar System Science Collaboration. In addition to supporting the LSST project with guidance in planning decisions, we are beginning to organize ourselves into groups that will work together to maximize the exciting science discussed above, expecting that it will revolutionize our understanding of small bodies in the solar system.

It is thus with gratitude that we thank the Planetary Society (and other sponsors) for contributing to the annual Solar System Science Collaboration meeting that was held at the Adler Planetarium in Chicago at the beginning of June. This meeting helped ensure that we were staying on top of existing plans and making specific goals for the future. Much remains to be done, but we have identified the key areas where progress now will reap significant future returns.

Though LSST results will look more like catalogs than pretty pictures, it will provide foundational insights into the solar system as a whole. The discovery and characterization of solar system small bodies will never be the same. 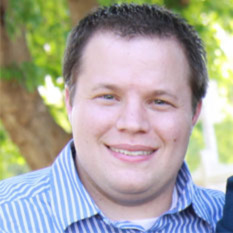