This article originally appeared on the astrobites blog and is reposted here with permission. Astrobites is a blog at which graduate students summarize and translate academic papers. This article is a summary of "Identifying the source of perytons at the Parkes radio telescope" by Emily Petroff et al., submitted to the Monthly Notices of the Royal Astronomical Society.

Over the past couple of decades the Parkes Radio Telescope in Australia has been picking up two types of mysterious signals, each lasting just a few milliseconds. One kind, the Fast Radio Bursts (FRBs), have come from seemingly random points in the sky at unpredictable times, and are thought to have a (thus far unknown) astronomical origin. The other kind of signal, perytons, which were named after the mythical winged creatures that cast the shadow of a human, have been found by this paper to have an origin much close to home.

Although the 25 detected perytons are somewhat similar to FRBs, with a comparable spread in frequencies and duration, the authors' suspicions were raised when they noticed that the perytons all happened during office hours, and mostly on weekdays. When they corrected for daylight savings, they found that perytons were even more tightly distributed—they mostly came at lunch time. Mostly. 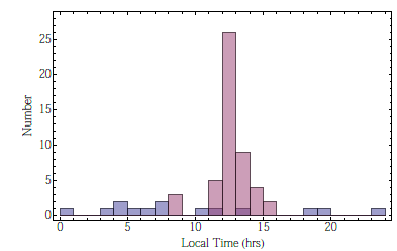 Arrival times of perytons vs. FRBs

To search for the true origin of the perytons, Petroff et al. took advantage of the fact that the Parkes has just been fitted with a Radio Frequency Interference (RFI) monitor, which continuously scanned the whole sky to detect any background radio sources that might interfere with the astronomical observations.

In the week beginning 19th January 2015 the Parkes radio telescope detected three new perytons. Searching through the RFI data, the authors found that each peryton, with a radio frequency of 1.4GHz, was accompanied by another signal at 2.4GHz. Crucially, they could then compare their results with those from an identical RFI monitor at the nearby ATCA observatory. The 2.4GHz signal was nowhere to be seen in the ATCA data. Not only were the perytons not from space, they had to be coming from somewhere nearby the telescope.

Another clue came when the authors found that, although they had only observed three perytons, there were plenty of 2.4GHz signals in the RFI data that didn’t have an associated peryton. Petroff et al. decided to search for anything that would normally give off 2.4GHz signals, but occasionally emit a 1.4 GHz burst. Suspicion fell on the on-site microwave ovens—not only do they operate at 2.4GHz, the telescope had been pointing in the direction of at least one microwave every time a peryton had been seen. 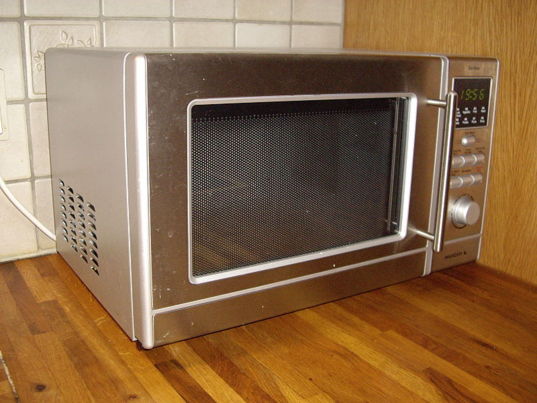 With the suspects cornered, the authors set about trying to create their own perytons. They found that the magnetrons in microwaves naturally emit a 1.4GHz pulse when powering down. Normally this signal is absorbed by the walls of the microwave, but if someone were to open the microwave door before it finished its cycle then the 1.4GHz pulse could escape. Using this technique, the authors were able to generate perytons with a 50 percent success rate. After decades of searching, the source of these mysterious signals had been found.

What about the FRBs? With the perytons confirmed as coming from Earth and not space, doubt was cast on the origin of the FRBs. The authors suggest that the FRBs are astronomical sources, and not linked with the perytons, for two reasons:

The authors finish by suggesting a final test can be made the next time an FRB is observed. If no simultaneous 2.4GHz signal is seen, then it would conclusively disprove any link between the FRBs and the perytons. What the FRBs really are remains unknown. 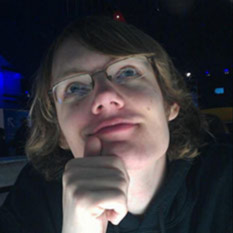 Maybe radio astronomers heat coffee and snacks at pretty much random times? The telescope is (hopefully) in use 24/7 and they don't practice tea time much in Australia today (those savages!) And how come the dispersion measure, which is basically the distance to the source, of these FRB signals is an integer multiple of 187.5 pc/cm^3? Even the Lorimer signal, which AFAIK in itself does not look like a microwave oven, falls perfectly in this integer pattern. Aliens and new physics need better evidence, so they are all obviously noise. http://arxiv.org/abs/1503.05245 (Hippke+ March 30, 2015) Radio pollution is getting worse by the day as electronic gadgets are mass produced and radio telescopes more sensitive. Both are very welcome developments, but we need to seriously think about putting radio telescopes in space.

Imagine if someone had forgot to take the tin foil off their leftovers.