The Juno mission posted a status report late Friday afternoon, indicating that they will not perform the originally planned period reduction maneuver during their next perijove (closest approach to Jupiter) on October 19. Here is the bulk of the statement:

Mission managers for NASA’s Juno mission to Jupiter have decided to postpone the upcoming burn of its main rocket motor originally scheduled for Oct. 19. This burn, called the period reduction maneuver (PRM), was to reduce Juno’s orbital period around Jupiter from 53.4 to 14 days. The decision was made in order to further study the performance of a set of valves that are part of the spacecraft’s fuel pressurization system. The period reduction maneuver was the final scheduled burn of Juno’s main engine.

"Telemetry indicates that two helium check valves that play an important role in the firing of the spacecraft’s main engine did not operate as expected during a command sequence that was initiated yesterday,” said Rick Nybakken, Juno project manager at NASA's Jet Propulsion Laboratory in Pasadena, California. “The valves should have opened in a few seconds, but it took several minutes. We need to better understand this issue before moving forward with a burn of the main engine.”

After consulting with Lockheed Martin Space Systems of Denver and NASA Headquarters, Washington, the project decided to delay the PRM maneuver at least one orbit. The most efficient time to perform such a burn is when the spacecraft is at the part of its orbit which is closest to the planet. The next opportunity for the burn would be during its close flyby of Jupiter on Dec. 11.

Mission designers had originally planned to limit the number of science instruments on during Juno’s Oct. 19 close flyby of Jupiter. Now, with the period reduction maneuver postponed, all of the spacecraft’s science instruments will be gathering data during the upcoming flyby.

“It is important to note that the orbital period does not affect the quality of the science that takes place during one of Juno’s close flybys of Jupiter,” said Scott Bolton, principal investigator of Juno from the Southwest Research Institute in San Antonio. "The mission is very flexible that way. The data we collected during our first flyby on August 27th was a revelation, and I fully anticipate a similar result from Juno’s October 19th flyby.”

While it's true that the mission does have the flexibility to delay this orbit burn without affecting the quality of the science at periapsis or reducing the number of orbits Juno can eventually make, I am sure that the science teams are scrambling this weekend. They didn't have a plan in place to do science on this orbit periapsis; now they will have to put something together very fast (I imagine it will have many similarities to what they did on perijove 2). And delaying the period reduction maneuver also means a delay in the start of the science mission, and the calendar of future events will be changing a lot. Ground-based observers who planned to observe Jupiter at times corresponding to Juno periapses will have to try to change dates. Among the less important consequences of the calendar change is that all the moon science opportunities that Candy Hansen wrote about in her earlier guest post will now not happen, because any close approaches between Juno and the moons will be on different, as-yet-undetermined dates and different distances. It will take some time to determine when the observation opportunities are with the new orbit, and to plan those observations.

But it's always better to have a safe and healthy spacecraft whose science you need to replan, than to have an out-of-control spacecraft. I know that Juno is in good hands, and hope the engineering team will be able to get to the bottom of the check valve problem quickly. Best of luck to the Juno team! 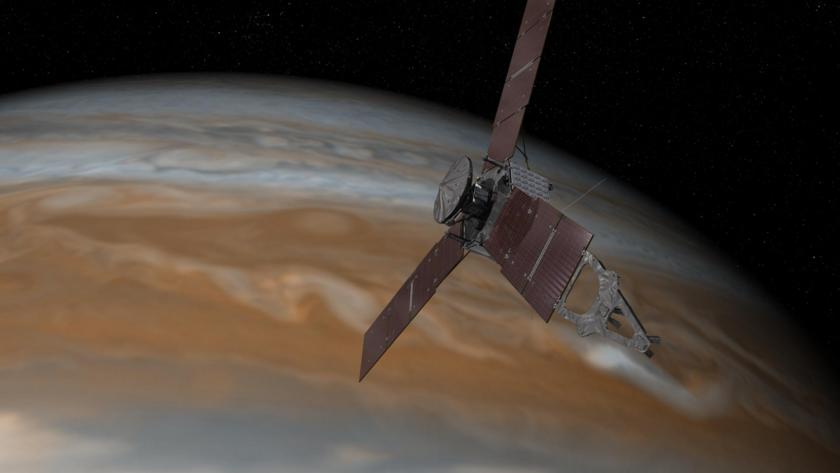 Hi Emily, thanks for your update. Since Juno will have a different timeline and orbits, will this effect the estimated lifetime of instruments aboard Juno?

I thought one of the main factors influencing Juno's lifespan was the number of orbits going through dense areas of Jupiter's radiation field. Will this additional radiation load not pose a threat?

Karen- as I understand it, each close passage to Jupiter eats up a part of the total radiation budget the spacecraft can tolerate. So if you measure the life span in orbits, nothing changes. If Juno remained on this 53 day orbit and never got into the 14 day one, the mission would just take 3.8 times as long to complete.

I have been very interested in the Juno project since the start. However, I have not yet seen the results that were promised. As for pictures, there haven't been much and I the quality has not been there. I guess is what I am saying is the data so far has not been better than what we learned in the past. Am I missing something, and with this latest setback is Juno in trouble? Valve problems relating to propulsion systems do not usually fair well especially when the distance is so vast and the communication delay long.

Check valves slow sounds like ice. But approaching perijove, where the burn would take place, the heat from the energetic particles in the inner radiation belt will be heating up the engine area and also be creating an artificial gravity helping to force the liquid fuels down toward the engine. Once the engine fires there must be an enormous effect in the same direction.