I've just arrived in Reno, Nevada for the annual meeting of the Division of Planetary Sciences of the American Astronomical Society. DPS, as all the cool kids call it, is one of my two favorite science meetings of the year. (The other is the Lunar and Planetary Science Conference held each March in Houston, Texas.) It is a weeklong event that will fill my brain to bursting with new science; I'll do my best to capture the highlights for you in this blog. DPS attendees, I have a couple requests for you at the end of this post.

The meeting features three parallel scientific sessions in the mornings, where each speaker is given only ten minutes -- so that's five or six minutes to talk, a couple for questions, and a couple for transitions. It will be rapid-fire. Most afternoons, there are "plenary" sessions, with only one track being presented to the entire meeting, with longer meeting slots for mission leaders to give the latest updates on ongoing missions. And most late afternoons, there is a poster session, much like a science fair except with beer and wine, where we will socialize as we discuss each other's work.

Here are some useful resources, in a list collected as much for me as for you!

Here's a very high-level overview of the schedule:

I have a couple of special notices for DPS attendees, if you're still reading. The Planetary Society will be recording video during the Tuesday poster session; we're looking for people who want to tell the world why you're passionate about space exploration. If you're interested in participating, send me an email or a tweet.

And this is just a plea: did you see something awesome in a session? Would you like to write about it and see your writing posted here? You know you do! Contact me. It's okay if you want to talk about your own work! If you're a student, I think it's a great exercise to try to succinctly summarize someone else's work. I would welcome student contributions! 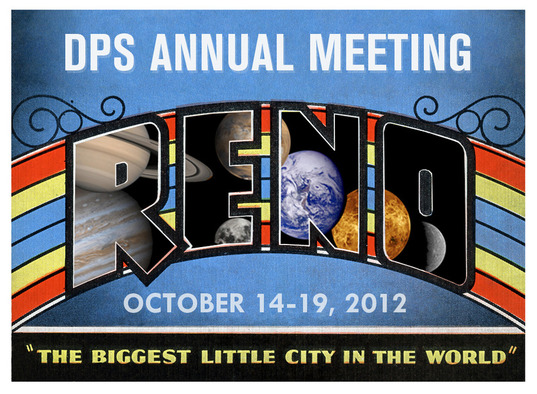 Hi Emily; I am very interested in this meeting especially about news coming out of it about extrasolar planets. You mentioned that on Monday there would be some focus on the Kepler mission and there has already been an announcement of a tight stellar system with 5 planets. However will there be announcements of new planets from any other programs like Harps, or some of the transit programs like Wasp and Corot? There haven't been many new extrasolar planets announced for several months but last year in September there were three big announcements of new extrasolar planets with a total of over 100 new planets. Will there be something similiar this year? Was this conference in September last year? I heard from Abel Mendez with the Habitable Planets Centre that astronomers were waiting for this conference to make announcements. Is that what you have heard too and have you heard more talk of significant announcements at the conference this week possibly including terrestrial planets?

Doug, if you follow the "Related Links" above you'll see the program and abstracts, which does include a lot of exoplanet information, especially early in the week. I did not attend those sessions; my focus is within the solar system. If you search Twitter with the #DPS12 hashtag you'll find more information from those presentations.