A big thanks to Bob Nemiroff, editor of NASA's Astronomy Picture of the Day website, for picking my composition of a set of Cassini photos of Dione and Titan for today's offering. As far as I can tell from a Google search of the APOD website, this is my third APOD selection. The previous two were also from Cassini images: an animation showing Cassini's changing view of Saturn's rings as the spacecraft crossed the ring plane (which, really, Gordan Ugarkovic produced; I just annotated it), and my version of the astounding Enceladus plumes mosaic. Thanks so much to the Cassini team for sharing the raw images, and to Bob for showcasing them! 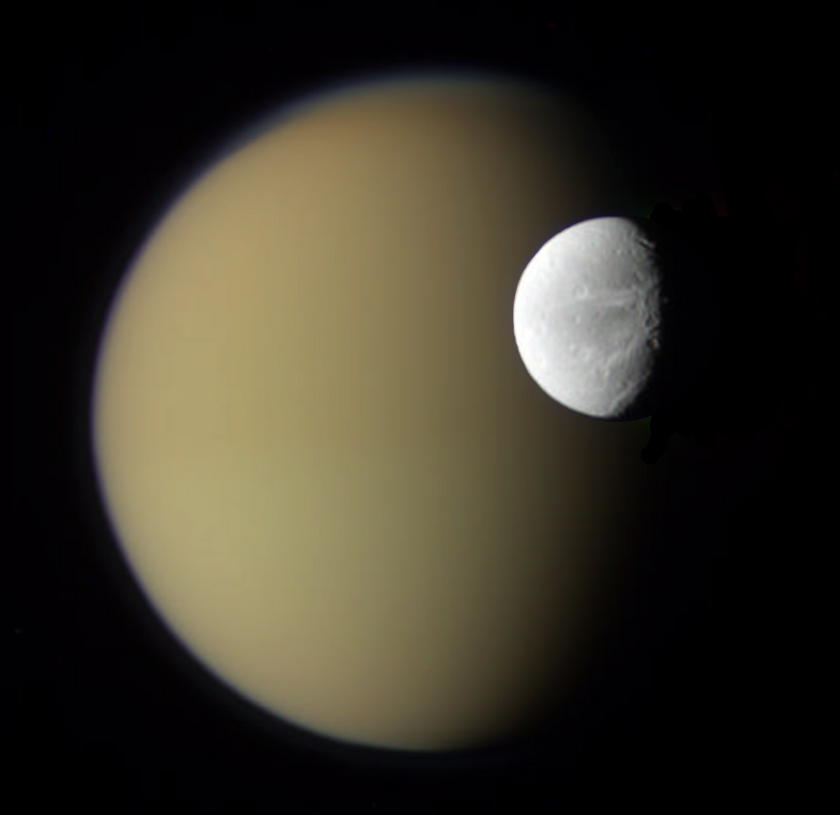 Dione passes in front of Titan in this Cassini color composite from 10 April 2010.