Peekaboo! Cassini recently captured a series of images documenting Rhea passing behind Titan. I love how Titan's smog discolors Rhea's surface. Though, to be honest, the color in this image is fiction, based on truth. The image sequence was only captured through a clear filter, but Gordan Ugarkovic used another color image of Titan to artificially colorize this cool view. 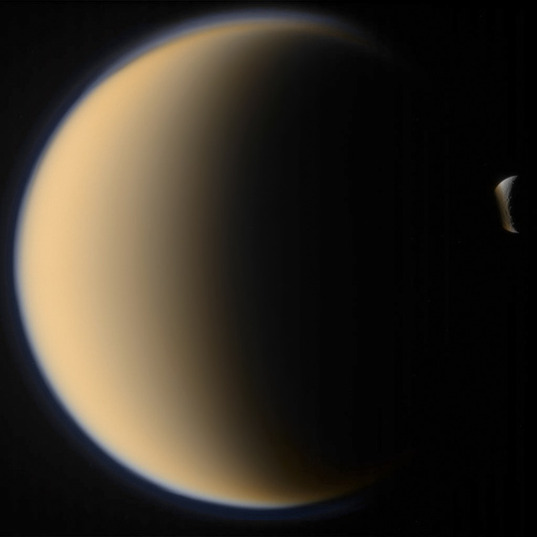 On 27 October 2009, Cassini caught Titan passing in front of the icy moon Rhea.

(I am pretty sure it's Rhea, anyway. It could also be Dione. This view from the solar system simulator matches pretty well both the relative positions of the two moons and the range to Titan. Titan also crossed in front of Dione on the same day, but it doesn't match quite as well to the real view as the Rhea mutual event does.