What the 2018 midterms mean for NASA and planetary science

Update 2018-11-20: this article was updated to account for Sen. Bill Nelson's concession in his reelection bid.

The 2018 midterms are over, and though some ballot counting will continue through the next week, we do have some clarity on how the election will affect U.S. space policy.

The Democratic party will assume majority control of the House of Representatives next January. As a result, the management of all committees in the House will belong to Democrats, who can pursue issues and topics of their choosing. Republicans, consigned to the minority for the first time in 8 years, will have little influence over committee leadership. While this will be most significant for committees pursuing executive branch oversight and investigations, it will change the focus of the House Science Committee, which writes NASA Authorization bills, and had released a draft bill earlier this year.

The Republican party expanded its majority in the Senate. Senate committees will remain under their control. However, I expect a divided government to push both parties to their ideological foundations in an effort to define themselves against each other, particularly as we approach the 2020 elections. As such, the Republican party will likely rediscover its resistance toward non-defense discretionary spending and debt, something that had largely been set aside for the previous 2 years. Non-defense discretionary spending includes NASA, NOAA, and the National Science Foundation, and though these are generally not political targets, they are small enough to be caught up in the larger politics and brinkmanship likely to follow efforts to fund the government in coming years.

There were a number of specific races that have impacts as well. These were the races I was following last night:

The most important change for space advocates is the loss of John Culberson. Not only was he personally passionate about space science and exploration (a rarity), he was in a powerful position as chair of the appropriations subcommittee that funds NASA. He regularly went to bat for increased NASA funding, increased funding for planetary science, and, of course, for his beloved Europa missions. 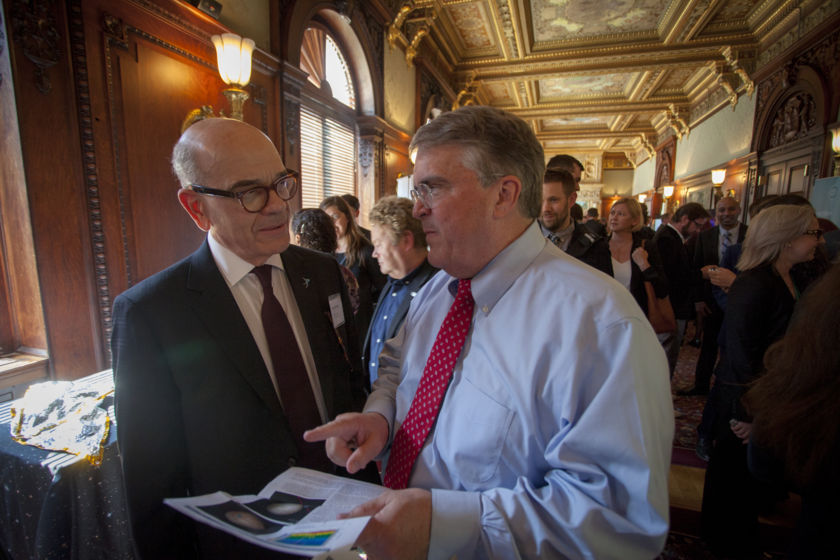 Robert Picardo, a member of The Planetary Society's board of directors, discusses Europa science with Rep. John Culberson (R-TX), co-Chair of the Planetary Science Caucus during the caucus' launch event on May 9th, 2018.

Europa Clipper, the mission currently in formulation that would fly by Europa dozens of times, is likely to continue without Culberson’s support. NASA has formally endorsed the mission, and it is highly ranked by the planetary science decadal survey report. If pressed, I would say the odds of Europa Clipper launching on an SLS have now dropped considerably, and its launch date also now likely to be in the mid-2020s as opposed to 2022.

I have a hard time seeing how the Europa lander project continues without Culberson, because NASA has not formally requested the mission, and it lacks consensus support from the scientific community. Culberson had been planning -- and still may be able to -- allocate hundreds of millions of dollars to this effort in fiscal year 2019, but no other member of Congress is likely to pick up that effort in 2020 or beyond.

The losses of Dana Rohrabacher and Randy Hultgren are not as seismic, but they did represent two members of the Republican party with strong interests in space and science. Rohrabacher had seniority and—had Republicans maintained control of the House—may have run for the chairmanship of the full Science Committee. His loss also makes for one less SLS skeptic in Congress, already a rare breed. Hultgren was a moderate Republican with an interest in national labs (he had one in his district) and a member of the Planetary Science Caucus.

Not much will change in the Senate because the Republican party retains control. If Bill Nelson loses his seat, that would represent a significant loss for human spaceflight and Florida’s space coast. There were few Senators more committed to those ideas, and as the only serving member of Congress to have flown in space, his commitment to NASA went beyond the normal parochial political concerns of Florida senators.

In the coming weeks, we will have a better sense about which Democratic House members will assume leadership of key committees, including the all-important Commerce, Justice, and Science appropriations chair. We will also be publishing a special Space Policy Edition on November 16th with further analysis.

Overall, we expect that Congressional space policy and support will be largely unchanged. Though lacking the idiosyncratic commitments of certain members, the bipartisan nature of NASA and space will ensure a relatively smooth transition—except for Space Force, which is another post’s worth of discussion entirely.

The focus of space exploration is not who got power, but how they use that power. NASA must have a working plan and a back up plan also. Science is of the learning of everything including our universe, so that we Human can deal and achieve success of our environment call space. The United States has to lead in order for communist to understand that it is all about us Human work to be safer and securer than before. Congress need not ask for support about space exploration, because it will lead Human to much greater way of life literary.

I prompt the planetary society to send an open letter of appreciation to Rep. John Culberson. This would a good practice of non-partisanship by a society which is science focused. His work has advanced and inspired a generation on young scientists and will lead to unbelievable scientific discoveries in the future. It is a rarity to find a politician who is focused on the greater humanity and would sacrifice his political career for that very act!