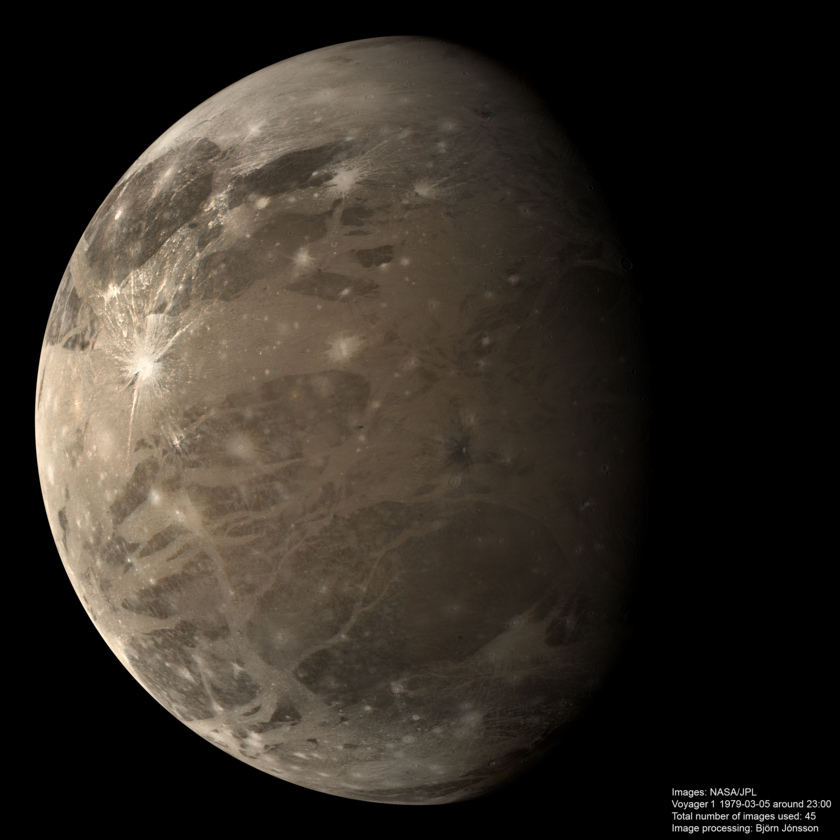 This 17-frame mosaic of Ganymede is composed of images obtained by Voyager 1 on March 5, 1979 over a period of about 2 hours. During these 2 hours Voyager 1's distance from Ganymede dropped from 305,000 to 180,000 km. The original GBV or OBV color images were used to create synthetic R, G and B color, resulting in approximately true color. In a few small areas only one or two colors were available; these areas were colorized by taking the color from nearby areas.

Some of the source images used in this mosaic are smeared. This happened because the intense radiation in Jupiter's magnetosphere affected Voyager 1's computers and clock. As a result, some of the images were taken when the instrument scan platform was moving. These smeared images were successfully deconvolved, making it possible to use them for the mosaic. 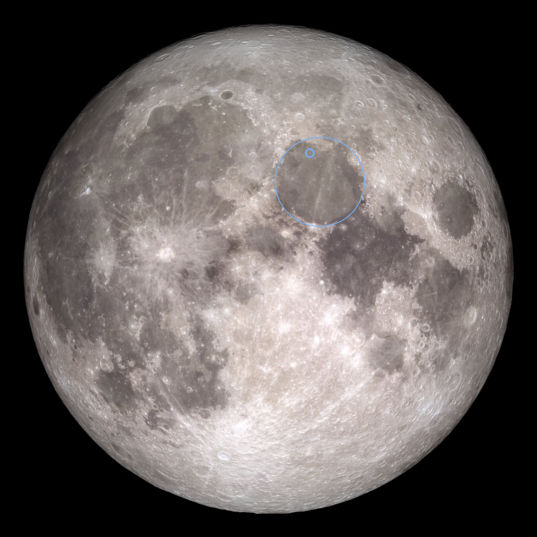 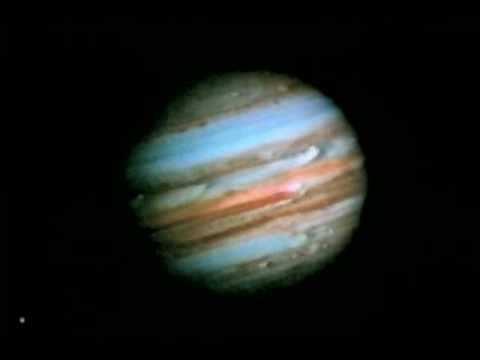 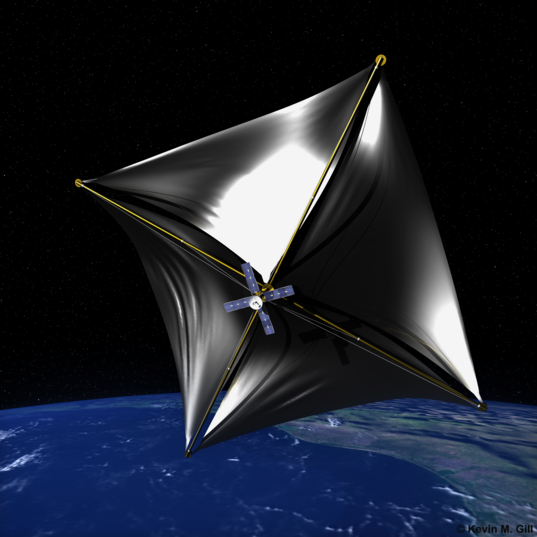 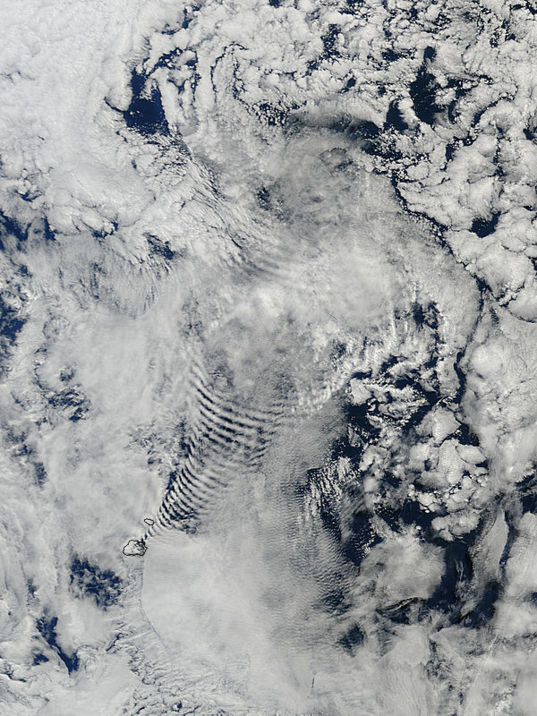 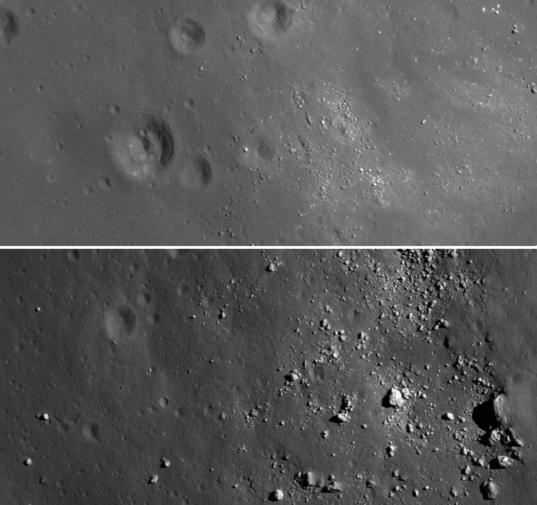