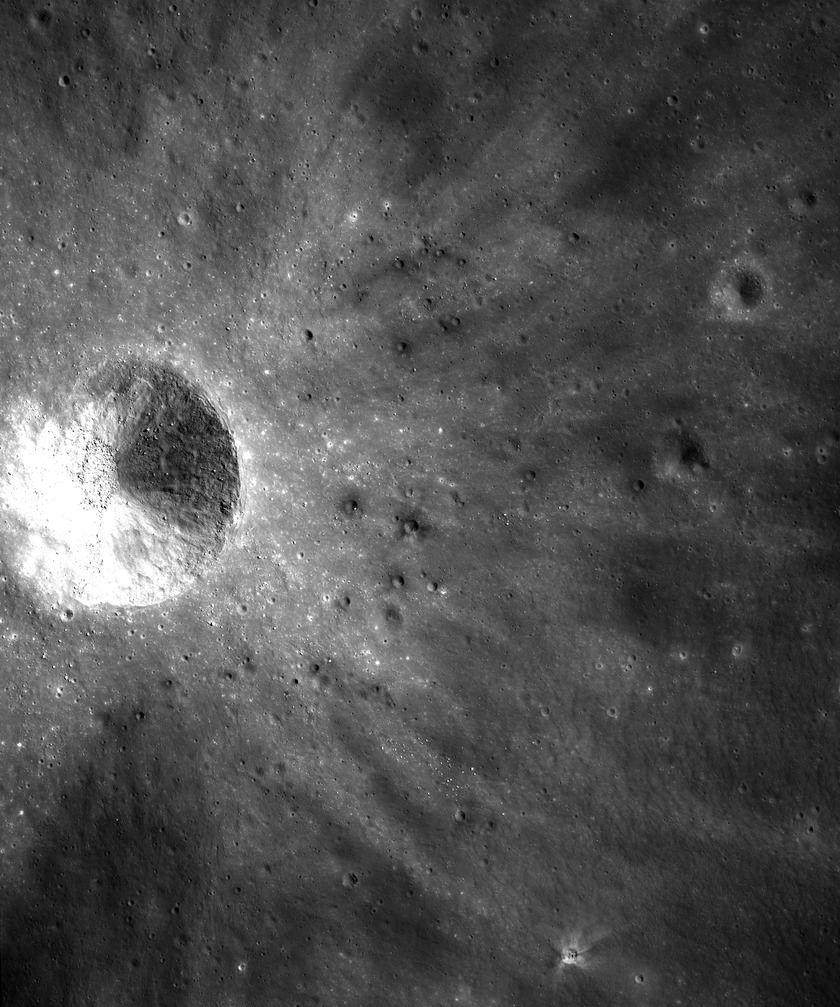 An unnamed 800-meter-diameter crater splattered the lunar surface with bright ejecta. Later, more, smaller impact craters formed on the ejecta, punching through the bright material to darker material below, resulting in dark-haloed craters. The image covers an area about 3 kilometers wide.

These dark craters present an interesting puzzle. As with most Lunar Reconnaissance Orbiter publicly released images, the caption posted with this one takes the viewer through the puzzling questions that motivate scientific research.

But why do we see such a high number of these features here, and why do they seem to be grouped close to the rim of this small, unnamed crater located outside Sklodowska crater?

The similarity in ejecta albedo suggests that the time between individual crater impacts was not great, and they are therefore likely to be secondary craters having a single larger impact as their source. The main question is whether the bolides that formed this group of craters arrived from an impact some distance away, or whether they are examples of so-called "self-secondaries."In the latter case, the blocks that created these features would have been ejected almost vertically during excavation of the large crater in the context image. They would have remained aloft long enough for the main ejecta blanket to be emplaced before returning to the surface and creating the pattern we see. Some recent studies are suggesting that more self-secondary craters are to be found closer to the main crater rim. This new finding can explain why there appear to be more of these dark-halo craters closer to the main crater rim, if they are indeed self-secondaries.

If, however, these secondary impacts originate with another, more-distant impact, then the clustering we think we see may be illusory. Perhaps this apparent grouping depends more on the location of the low-reflectance deposits than on the locations of the impacts. In that case many other craters in the region might also be related by formation time to these dark-haloed craters, but do not show dark haloes because they missed those deposits.

Here is a full-resolution detail view of one of the dark crater clusters: 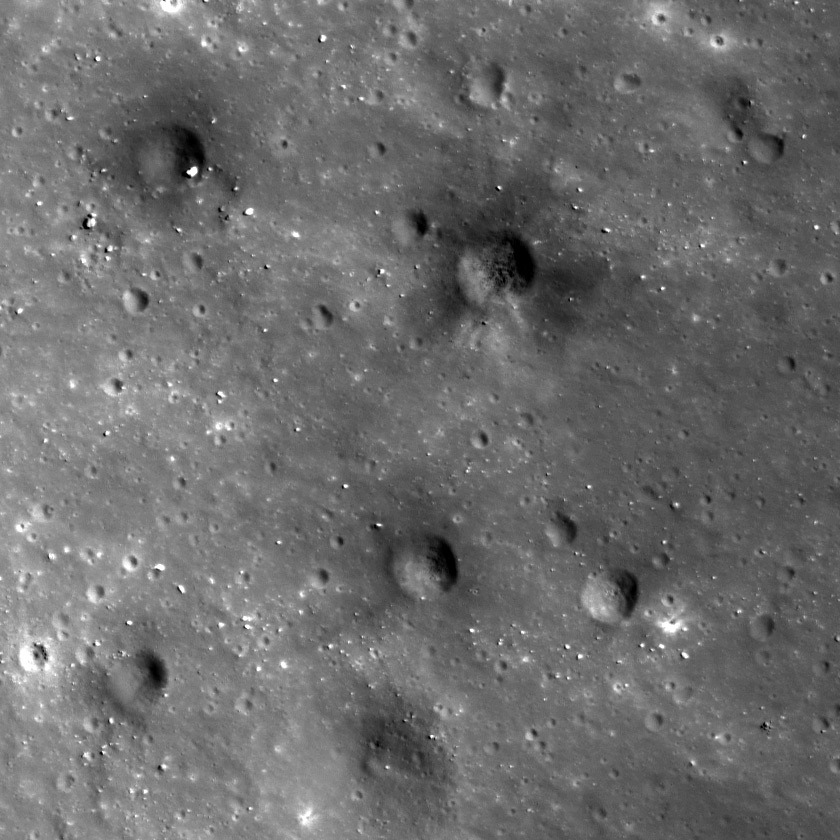 Dark secondary craters on the Moon

A cluster of dark-ringed craters has formed on the brighter ejecta of another crater in this Lunar Reconnaissance Orbiter image. The largest of the craters in this view is 50 meters across.

Original image data dated on or about October 31, 2011 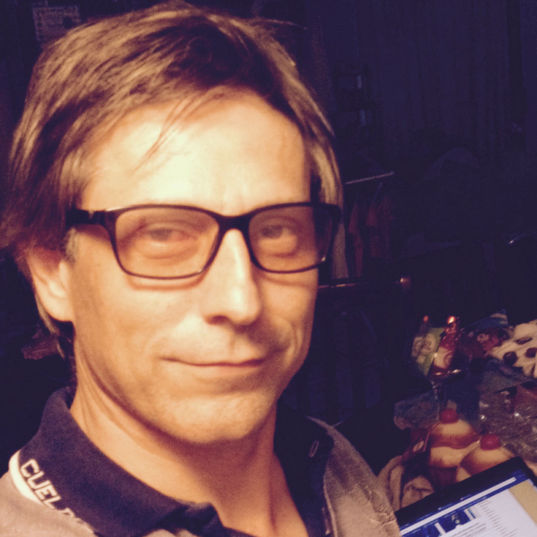 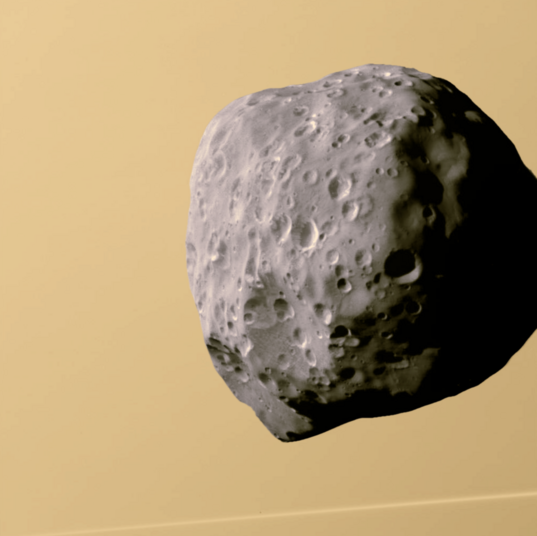 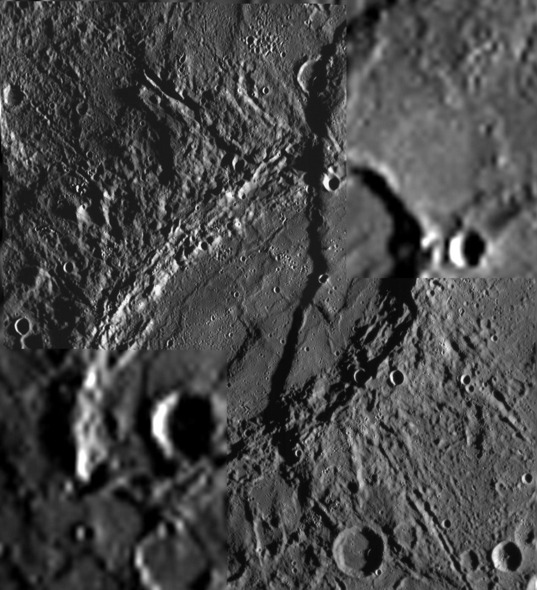 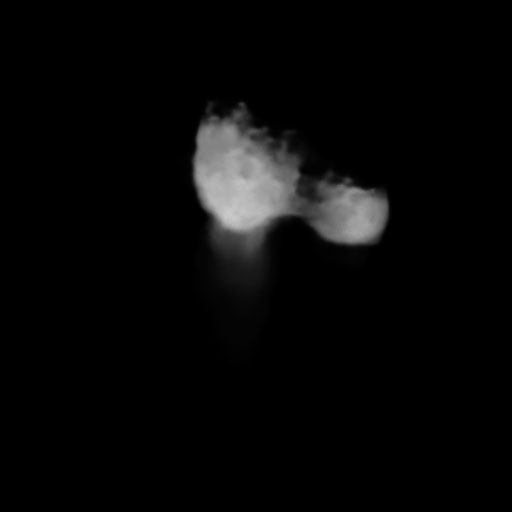