We Are The Martians 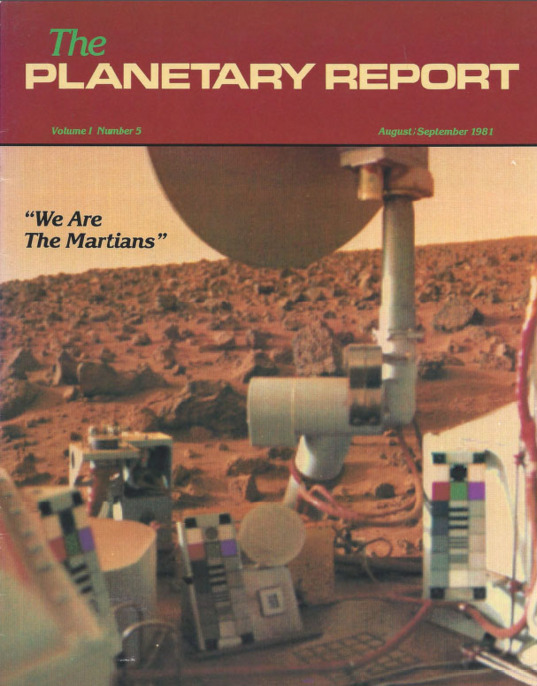 On the Cover: Viking Lander 2 views Utopia Planitia on Mars. Spacecraft surfaces in the foreground include color targets for calibrating the transmitted images, as well as a micro-print frame bearing about ten thousand names of people involved in the project. Viking Lander 1, on the other side of the planet in Chryse Planitia, continues operations and has been named the Thomas A. Mutch Memorial Station in memory of the leader of the Viking imaging team. A commemorative plaque will be installed by the next Earth-launched expedition to visit the Lander.
JPL / NASA

3 Where Next? The Exploration of the Solar System: A trio of planetary scientists—Bruce Murray, Michael Malin, and Ronald Greeley—ponder where we should head now that we've successfully made it to Venus and Mars.

6 Earth-Approaching Asteroids: Resource or Hazard? Brian O'Leary looks at the benefits and the dangers of near-Earth asteroids.

12 From Dust to Cinders—A Life of the Solar System: Stewart Nozette takes us on a visual tour of solar system formation.