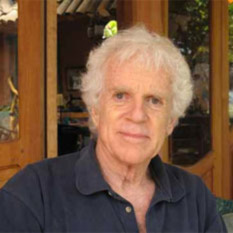 Brian Todd O'Leary was an American scientist, author, and former NASA astronaut. He was a member of the sixth group of astronauts selected by NASA in August 1967. O'Leary was also a member of the Mariner 10 Venus-Mercury TV Science Team, and a professor at Cornell University, the University of California Berkeley, Hampshire College, and Princeton University. He passed away in 2011.