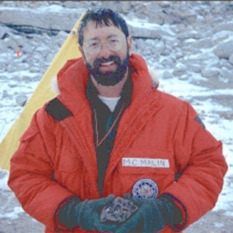 Dr. Michael Malin is the President and Chief Scientist of Malin Space Science Systems in San Diego, California. He was the Principal Investigator (PI) of the Mars Orbiter Camera on the failed Mars Orbiter mission and its successor aboard Mars Global Surveyor, and is the PI of the Mast Cameras and Mars Descent Imager (MARDI) aboard the Mars Science Laboratory rover Curiosity. His company has constructed cameras for mission to Mars, the Moon (LROC), and Jupiter (JunoCam).