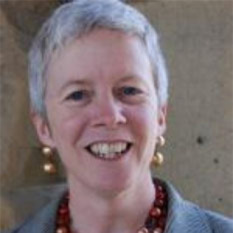 Maureen Miller is a professor of history at the University of California Berkeley. She is a historian of medieval Europe with a particular interest in Italy. She earned her Ph.D. in 1989 from Harvard University. Her first book, The Formation of a Medieval Church:  Ecclesiastical Change in Verona, 950-1150 (Cornell University Press, 1993), won the American Catholic Historical Association's John Gilmary Shea prize for the best book on Catholic history published that year. Her second book, The Bishop's Palace:  Architecture and Authority in Medieval Italy  (Cornell University Press, 2000), was awarded the 2001 Helen and Howard R. Marraro Prize of the Society for Italian Historical Studies for the best book in Italian history.  After teaching at Hamilton College and George Mason University, she joined the history department at the University of California, Berkeley in 2004.

Biographical information and photo from the UC Berkeley IIS website.