DART, the Double Asteroid Redirection Test, is the first mission to test a potential method of deflecting an asteroid on course to hit Earth. Launching in 2021 and arriving at asteroid 65803 Didymos in 2022, it will intentionally crash into the asteroid's small moon (informally known as Didymoon).

The crash should change Didymoon’s orbital period around Didymos by 4.2 minutes, a large enough change to measure from Earth-based telescopes. Such a change would show that if we spot a potentially hazardous asteroid in time, a DART-like impact could change its course enough to miss Earth.

DART is NASA's contribution to the Asteroid Impact and Deflection Assessment (AIDA) mission, a NASA-ESA collaboration. After DART’s impact, in 2025, ESA would send a follow-on spacecraft called Hera to Didymos to observe the crater DART created.

En route to Didymos, DART may fly past asteroid 2001 CB21. Shortly before DART strikes Didymoon, it may also deploy an Italian Space Agency-built CubeSat to observe the impact. 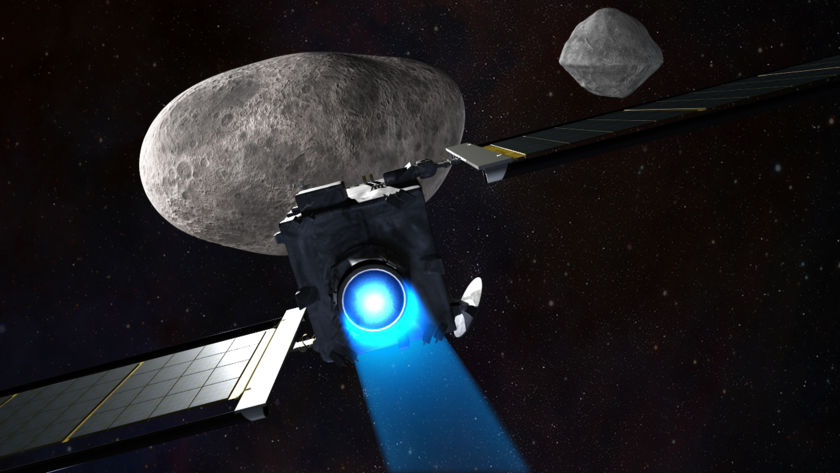 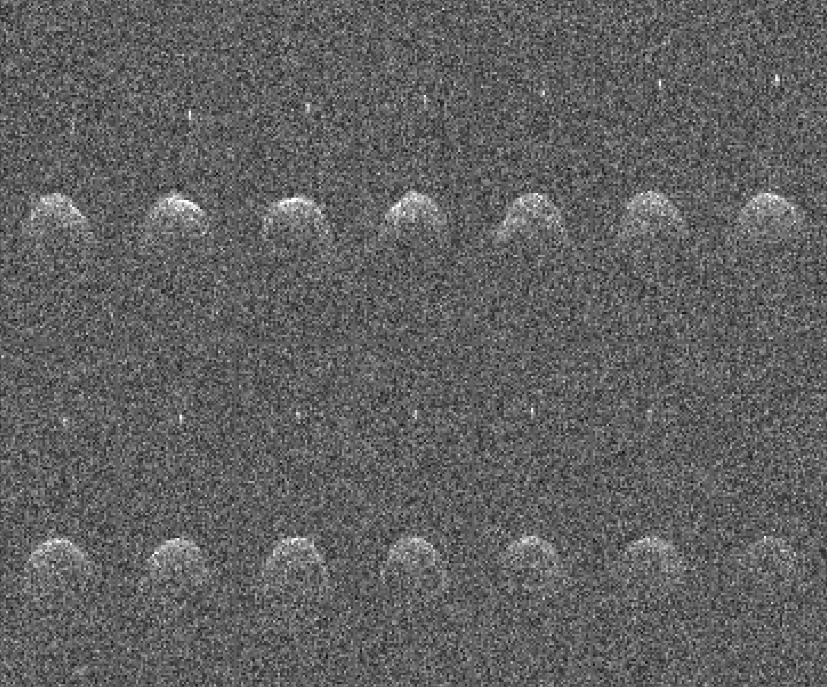 Fourteen Arecibo radar images of the near-Earth asteroid (65803) Didymos and its moonlet, taken on 23, 24 and 26 November 2003. NASA’s planetary radar capabilities enable scientists to resolve shape, concavities, and possible large boulders on the surfaces of these small worlds. Photometric lightcurve data indicate that Didymos is a binary system, and radar imagery distinctly shows the secondary body.

65803 Didymos (Greek for "twin") is a binary, S-type near-Earth asteroid system. The system was discovered in 1996 by Spacewatch at Kitt Peak, Arizona, and confirmed as a binary asteroid in 2003. 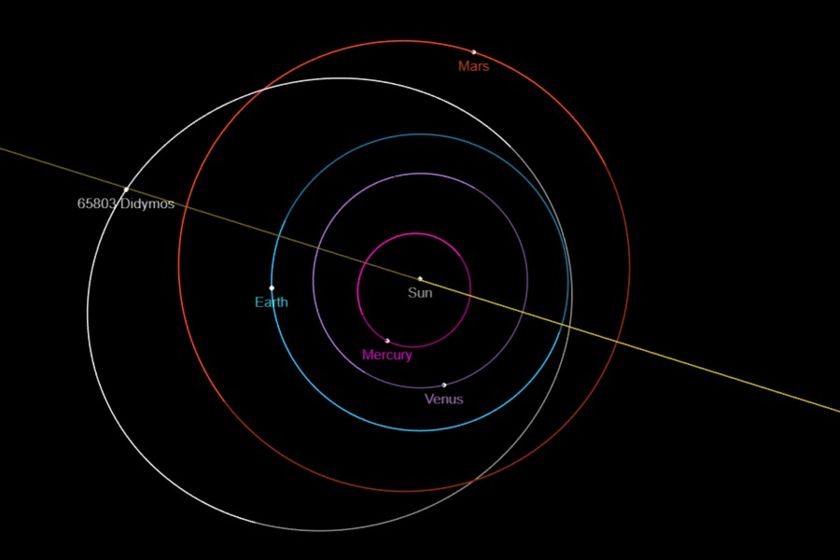 Sources: NASA DART page | JPL Small-Body Database Browser | Asteroids have been hitting the Earth for billions of years. In 2022, we hit back. 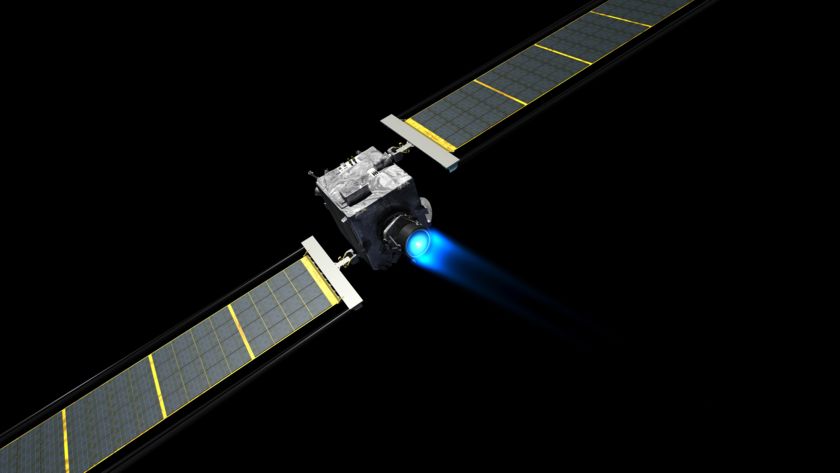 When DART is about 4 hours away from impact, its Small-body Maneuvering Autonomous Real-Time (SMART) navigation system will guide the spacecraft the rest of the way to Didymoon. Using images from DRACO, SMART will differentiate between Didymos A and B and steer toward Didymos B.

DART's planned budget is $313.9 million spread out over 8 years. This covers spacecraft development, launch vehicle, and operations through the end of its primary mission in late 2022.