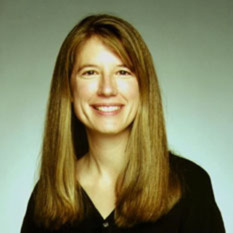 Dr. Laura Danly is an American astronomer and academic. Currently, Danly serves as Curator at Griffith Observatory in Los Angeles. Prior to her current positions, she served as chair of the Department of Space Sciences at the Denver Museum of Nature & Science.

Danly spent several years at the Space Telescope Science Institute in Baltimore, Maryland, where she held a variety of positions including project scientist for education, assistant astronomer and Hubble Fellow. In addition, Danly conducted post-doctoral research at the STSci.

In 1991, Danly founded the Women's Science Forum to encourage young women to pursue careers in science by providing opportunities to meet and ask questions of leading women scientists and engineers and take part in hands-on activities to explore opportunities in various career disciplines. In 1993, Danly co-authored The Baltimore Charter for Women in Astronomy to address the concerns of women as a minority group in the field of astronomy.

Danly received a B.A. in Physics from Yale University, and earned a Ph.D. in Astronomy from the University of Wisconsin–Madison.

Laura Danly has also been a common guest scientist on the documentary series The Universe in all seven series and on How the Universe Works. 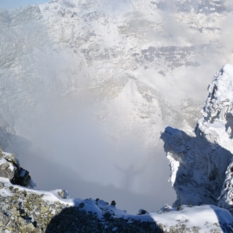 Earth’s southernmost active volcano may also be its most remote. Rosaly Lopes and Michael Carroll recently spent a few frigid days on the slopes of Antarctica’s Mount Erebus. What they learned may help us understand volcanos on other worlds.