Flight controllers successfully downloaded partial imagery from LightSail 2 this morning that confirm the solar sail is fully deployed. Upon completion of image downlink during subsequent ground station passes, The Planetary Society will issue a full story.

New data points from LightSail 2 telemetry show the solar sail was in its expected orientation during ground station overflights. Once the mission team has completed imagery downlink, they will move on to stored telemetry files, which will allow them to more thoroughly evaluate the sail’s performance.

The fourth and final LightSail 2 ground station pass of the day is complete. The spacecraft spent 1 orbit in solar sailing mode, and all of its major systems were reporting nominally. A preliminary look at attitude control system data showed the solar sail was angled to within 30 degrees of its expected orientation—a promising early sign the spacecraft is tracking the Sun properly.

Only the Cal Poly ground station was in range during this pass. LightSail 2 did not rise far above the horizon, and communications performance with the spacecraft was lower than previous passes, possibly due to the orientation of the spacecraft during the pass and the presence of the newly deployed solar sail. The team was not able to download image thumbnails and will try again tomorrow.

The third LightSail 2 ground station pass of the day is complete. Flight controllers successfully commanded the spacecraft into solar sailing mode, and the momentum wheel, which is responsible for turning the spacecraft into and away from the Sun's rays each orbit, spun up as expected.

All indications are that LightSail 2's solar sail has deployed successfully. Flight controllers sent the deployment command at approximately 11:45 PDT (18:45 UTC). Telemetry showed the motor count increasing as expected, and the motor appeared to halt at the correct time. LightSail 2's cameras also appeared to capture imagery as planned.

Ground station pass 1 of the day is complete. All critical pre-sail deployment tasks were successful, including the upload of final positioning data to the spacecraft that will allow it to track where it is in orbit during solar sailing. LightSail 2 is currently go for solar sail deployment during the next pass, which begins at about 11:40 PDT (18:40 PDT). 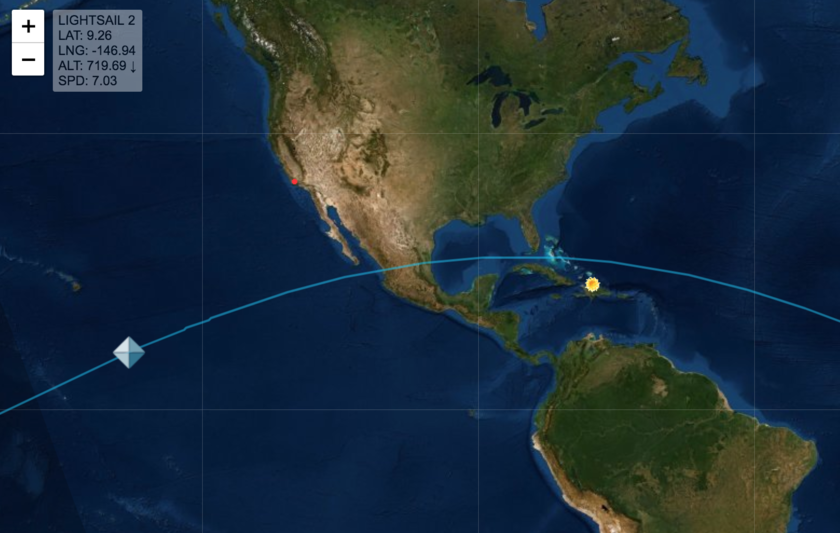 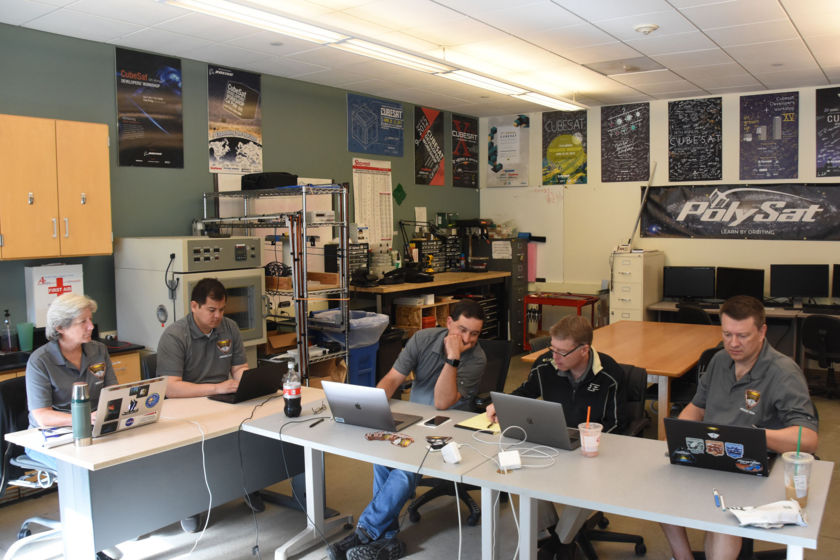 Mission officials today cleared the spacecraft for a possible sail deployment attempt on Tuesday, 23 July 2019, during a Cal Poly ground station pass that begins around 11:22 PDT (18:22 UTC). A backup pass is available the following orbit starting at 13:07 PDT (20:07 UTC). These times may change slightly as new orbit predictions become available.

Prior to the deployment attempt, LightSail 2 will fly within range of its ground station at Kauai Community College, which will give flight controllers a chance to assess the spacecraft’s status one final time.

Live video and audio from mission control, located at Cal Poly San Luis Obispo in California, will be available during ground station passes. Watch this page and The Planetary Society’s social media accounts for live updates.

During our webcast, you will see and/or hear various LightSail 2 team members. Our mission control is located in a working engineering lab on the campus of Cal Poly San Luis Obispo—the birthplace of CubeSats—so you may also notice students passing by. 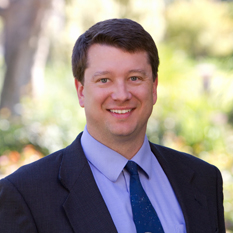 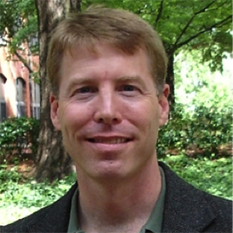 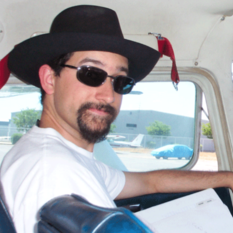 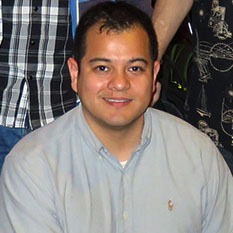 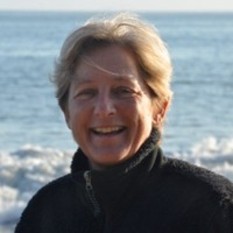 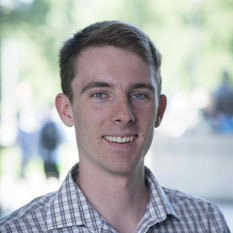 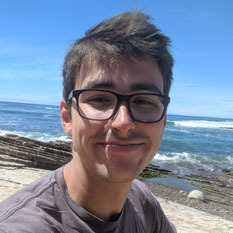 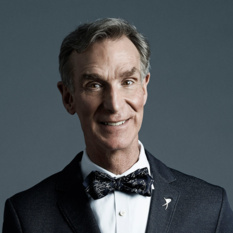 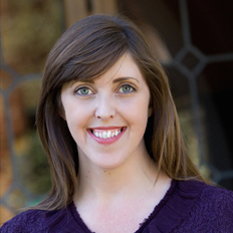 Is there any danger from space debris once the sail is deployed?

Thanks to the Planetary Society, Cal poly for the successful deployment of the sail on Light Sail today !!!

Hello Jason, I like the Polo shirts the crew is wearing, how do I get one or four? When the sails are deployed will they be imaged from the ground or another satellite in passing? Thanks, Oculis

Congratulations to the Light Sail team! * That's one great step toward reaching the stars *

So... any picture(s) of the deployed sail yet, or what's the news on it?

Congratulations to the entire team from the designers, builders and the flight controllers for a great success! Thanks also to those who helped fund this into reality and to the launch parties who permitted us to ride along! Without everyone coming together this dream championed by Louis Fiedman and Carl Sagan way back in their NASA 1970 days would still be a debateable theory. We're going to prove whether solar sailing works or not. The other flights claiming this as i understand, were chemical propelled on their way first. We'll do a significant orbital raise which will show the theory as valid or invalid. Lets hope it's valid! Hopefully communication will permt photo downloading tomorrow.

Any concerns that the altitude is decreasing? Seems each time I look its getting a bit lower (from 719 to 708 today). Or is this part of the orbit?

Congratulations to the Planetary Society starting from some of the founders Louis Friedman and Carl Sagan up to the present with Bill Nye, Jason Davis, Bruce Betts and Jennifer Vaughn. Congratulations also to the staff at Cal Poly San Luis Obispo and members of The Planetary Society and the Lightsail-2 Kickstarter contributors and Elon Musk and the people of Space-X for the rocket flight to higher altitude all to make this demonstration of solar sailing a reality and hopefully to now demonstrate solar sailing by getting the light-pressure of the sun to power Lightsail-2 to higher orbit. I hope The Planetary Society of some other organization can soon use these results to bring a lightsail further above earth toward the stars and higher heavens. A question I have is will the processed pictures of Lightsail-2's two cameras still show the entire Lightsail-2 with background of the Earth or the Heavens?

sigwx314 -- this raising on the spacecrafts oribit will make it ellipitcal. Thge orbital effects are offset by 180 degrees. As the spacecraft climbs to apogee the perigee will by uncorrected default be shifted lower, towards the atmosphere. This is intentional the climb will continue for 30 days, hopefully. If it is able to climb then solar sailing would have been proved possible. That's the main goal of the flight test. What you are seeing is planned. It's a great sign that the mission is going to be successful. Other spacecraft 'solar sailing' statements are doing so from a chemical propulsion intial push. That momentum may really be what the spacecraft is riding on. SL-2 will show wheter solar sailing is possible or just a great theory. We'll know shortly. So far it looks like it is really working since the orbital parameters are changing. Lets hope and pray that there is not an unexpected solar storm, like a CME, which will render things moot if it happened before we saw any conclusive results. A CME hit for example, depending on impact point, could totally wipe out any test conclusions or leave them questionable at best. At any rate about 12 months to 13 months from now SL-2 will be ex pected to re-enter per the flight plan.