SpaceIL's Beresheet Moon lander successfully entered lunar orbit today after a 6-minute engine burn that began at 14:18 UTC / 10:18 EDT. The spacecraft will now spend another week circling the Moon before landing on 11 April. 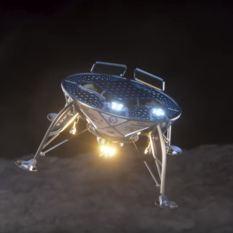 Mission controllers at Beresheet's control room in Yehud, Israel monitored the engine burn in real time, as the spacecraft reduced its Moon-relative speed by 1,000 kilometers per hour in order to be captured by lunar gravity. The spacecraft is now circling the Moon every 14 hours in an estimated orbit of 10,000 by 500 kilometers. Here are two pictures of the happy team: 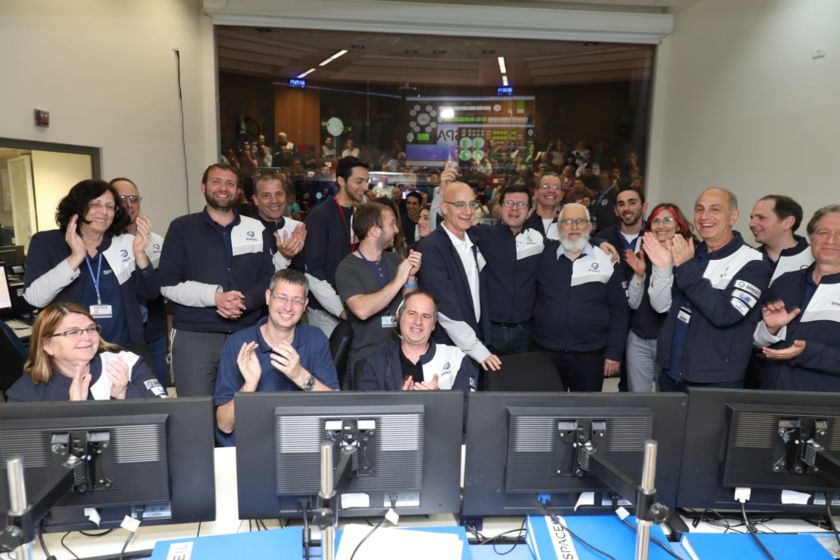 Members of the SpaceIL and IAI Beresheet engineering teams celebrate in the control room after the spacecraft sucessfully entered lunar orbit on 4 April. 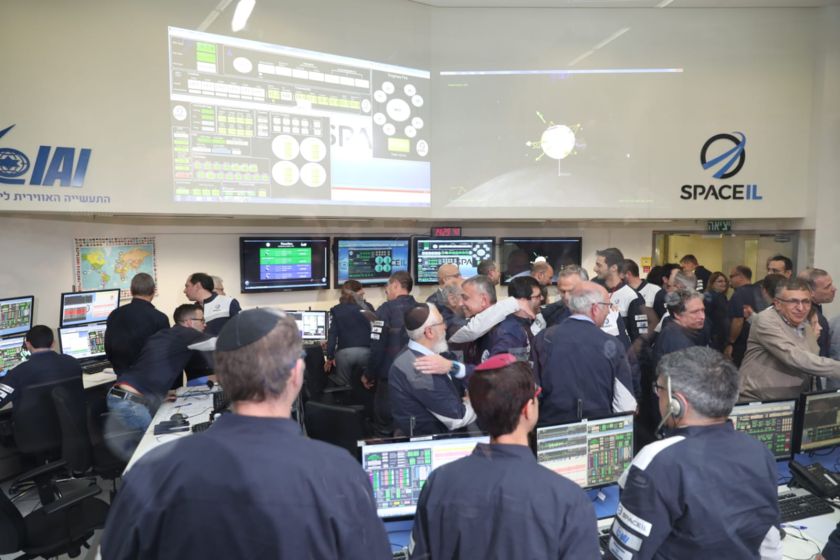 Members of the SpaceIL and IAI Beresheet engineering teams celebrate in the control room after the spacecraft sucessfully entered lunar orbit on 4 April.

Incredibly, the insertion burn timing was only 9 minutes off from the mission's pre-launch timeline. More maneuvers are expected over the next week as Beresheet lowers itself into a circular, 200-kilometer orbit with a period of 2 hours. From there, the spacecraft will make its final descent to Mare Serenitatis on 11 April, where it will be sunrise. 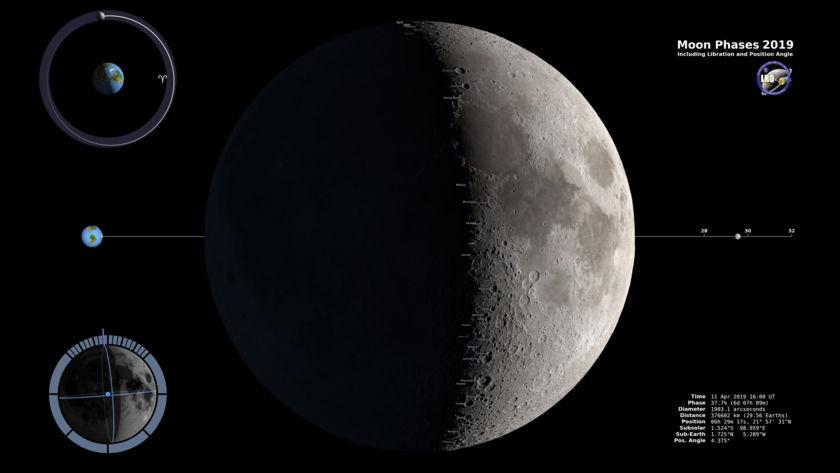 The Moon on 11 April at 16:00 UTC, during Beresheet's nominal landing time. Mare Serenitatis is the circular mare at top center-right.